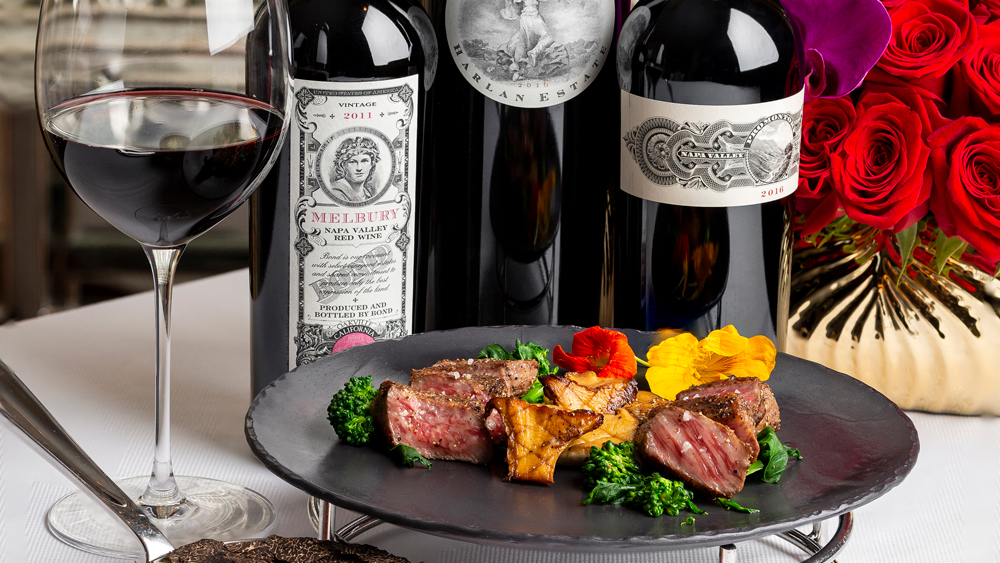 A single seat at one of three Las Vegas wine pairing dinners this fall will cost $10,000, attendance is capped at 20 and only half the seats are for sale.

But for the wine connoisseurs languishing on a years-long waiting list for bottles from Domain H. William Harlan, and Wynn Las Vegas devotees trying to milk their special connections for tough-to-get reservations at venues like Delilah, $10,000 is a bargain.

Wynn and Harlan family domain are joining forces to create three multi-course wine pairing dinners around the resort starting September 10, an event series that has been kept under wraps until it’s announced next week. The dinners will each be hosted by an expert from Harlan family domain and cooked by a Wynn executive chef in settings few guests get to see, like a palatial two-story Encore duplex suite. But the kicker for oenophiles is that their attendance bumps them to the top of Harlan’s waiting list.

Harlan Estate will look across its portfolio for pairings at the dinners.

After the release of 1994 Harlan Estate Cabernet Sauvignon-based blend, the 100-point wine that Robert Parker called both “immortality in a glass” and “the single most profound red wine not just in California, but the world,” Harlan wines, already produced in small quantities, became awfully hard to find. All the wines from Domain H. William Harlan, including Harlan Estate, Bond and Promontory, have waiting lists, says Harlan Estate’s founding director Don Weaver. “You can sometimes find specific cases at auction, but the wait can be up to six years.” Longtime buyers can work their way up, over years, to buying the winery’s per-buyer max—six bottles.

Getting into the dinners is another matter altogether. Half of the dinners’ 20 maximum attendees will be “invited guests,” which in the parlance of casino resorts usually means high rollers. “With resorts at the top, like Wynn, what it takes to be a high roller is a moving target,” says gaming expert Anthony Curtis, who runs LasVegasAdvisor.com. “It will depend on what your credit line is, whether you’re playing slots or table games, how often you’re playing, and a whole host of other factors,” he says. “But for something like this, or Super Bowl tickets or another major event, you’re talking about a $250,000 credit line.” There’s no specific threshold for so-called whales, but Curtis defines them as “people who can win or lose a million dollars” without losing sleep.

Even the biggest whales might not be invited to these dinners, though. Wynn CEO Craig Billings, who devised the dinner idea with the resort’s executive wine director Brian Weitzman, says the Wynn’s relationships with its guests are personal and the aim is to pull together likeminded people. Read: There’s no way to game your way into this dinner. “We consider their interest in fine wines and the people who make them as much if not more than their history of playing at Wynn Resorts,” he says.

Chef Joshua Smith of Delilah will helm one of the feasts.  Photo: courtesy Bill Milne

Billings says the series is most relevant now because “people spent 2020 and 2021 cooped up and they want to make up for lost time. What we’re talking about here the experience you would get in the tasting room, significantly amplified. For people who love wine, this is another level.”

The dinners are also expected to be another level. The first, hosted by SW Steakhouse executive chef Mark LoRusso and  Amanda Harlan, starts with a Krug Champagne reception, and the six-course meal will include a Japanese Kobe beef tasting (Wynn is one of only a handful of resorts in the country certified to serve real Kobe) and a profusion of truffle dishes. Bond holds its dinner in October on the 18th hole of Wynn Golf Club, which you can generally only get to if you’re willing to play the $750 greens fee. Delilah executive chef Joshua Smith hosts that dinner with Cory Empting, the domain’s managing director of winegrowing. The final dinner, featuring Promontory, will be hosted by Mizumi executive chef Min Kim and Will Harlan in a yet-to-be-disclosed location.

As for the bottles the Harlan family will be serving, Weaver says, “We’ll be drawing wines from the family archives and reaching back to our earliest vintages.” And no, you can’t pay to get to the top of the waiting list (we asked). “It’s been suggested and offered, but it’s a meritorious kind of thing,” Weaver says. “This is the one place we’re choosing to play favorites.”