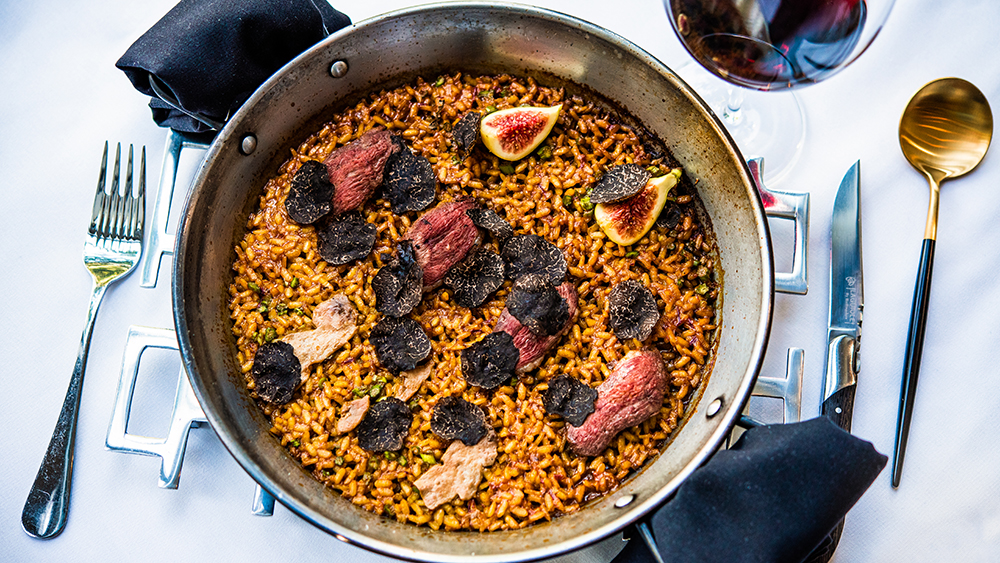 Many restaurants that opened during the pandemic have had it tough. But one chef has found so much success, he’s already expanding his operation.

Danny Lledó, who runs Xiquet in Washington, DC, will be closing his downstairs wine bar Slate to open an offshoot of his Michelin-starred spot, Eater DC reports. The new restaurant, which is yet to be named and will likely open this winter, will similarly serve a multi-course menu, “plus some new twists and surprises that will make it an altogether unique experience,” Lledó said in a statement.

At Xiquet, Lledó has created an immersive gastronomic experience, so it’ll be interesting to see what he does with the downstairs expansion. Guests partake in a $220 22-course tasting menu, with an optional $200 wine pairing (Lledó is also an award-winning sommelier). Light bites such as house-aged tuna loin and gazpacho are served on the building’s middle level. The main courses, which typically include some sort of paella, are then served upstairs. And each meal ends with pastries on the mezzanine level.

“With DC more excited than ever to get out and return to fine dining, and given that Xiquet DL is full with a waiting list for a table almost every night, we just felt that now is the right time for expansion,” Lledó said.

With the new restaurant, Lledó will focus on many of the same ingredients that he already sources from coastal Spain, and he’ll draw some inspiration from Xiquet’s menu. But the space will have a completely separate dining area, as well as its own branding, vibe and menu.

Of course, some locals are bound to miss Slate, which was highly regarded for its 200-plus bottle wine list and $70 prix fixe menus with $40 wine pairings. And Xiquet received its Michelin star just one year after opening, which is certainly a tough act to follow. Lledó’s new spot, then, has a lot to live up to.