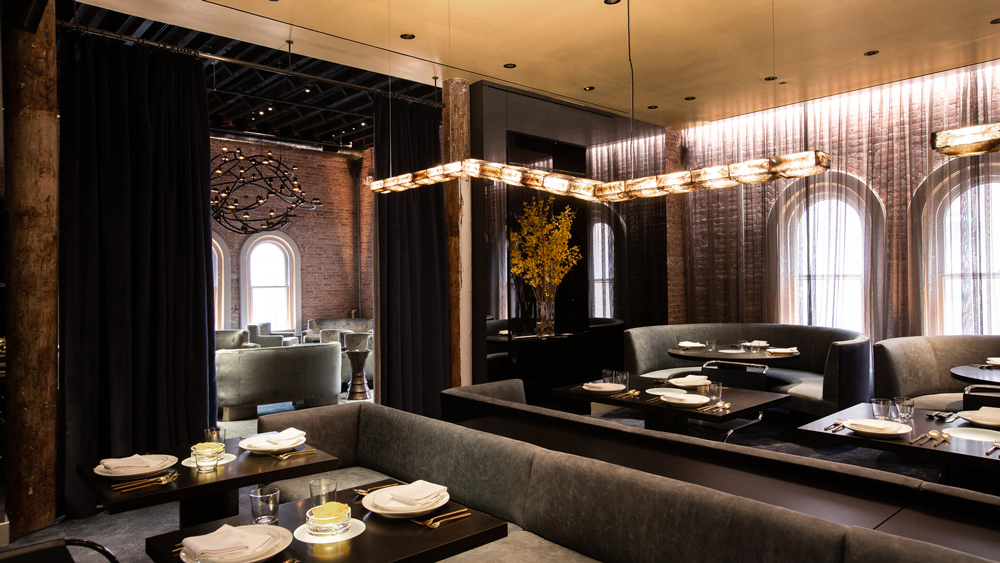 “I’m a New York guy doing a New York version of a London social club,” hospitality impresario Scott Sartiano says of Zero Bond, the private members’ club he opened in downtown New York’s NoHo neighborhood last fall. “I don’t want to just sound like a New Yorker and say it’s the best city on the planet, but it’s definitely the coolest. I don’t think there’s anywhere else you can get the diversity you get in New York City.”

Sartiano, a restaurant and nightlife veteran whose credits include celebrity-laden hot spots Butter, 1OAK, The Darby and Up & Down, has seen other new private clubs focus primarily on creative professionals or the wellness set.

“That’s great, but that’s not a social club in New York,” says Sartiano, whose inspirations at Zero Bond include London mainstay Annabel’s. “I wanted athletes and actors mixing with finance and doctors and fashion. It’s about bringing all these people together. I don’t want to skew to one audience. I don’t think that’s cool. I don’t think that’s New York City.” 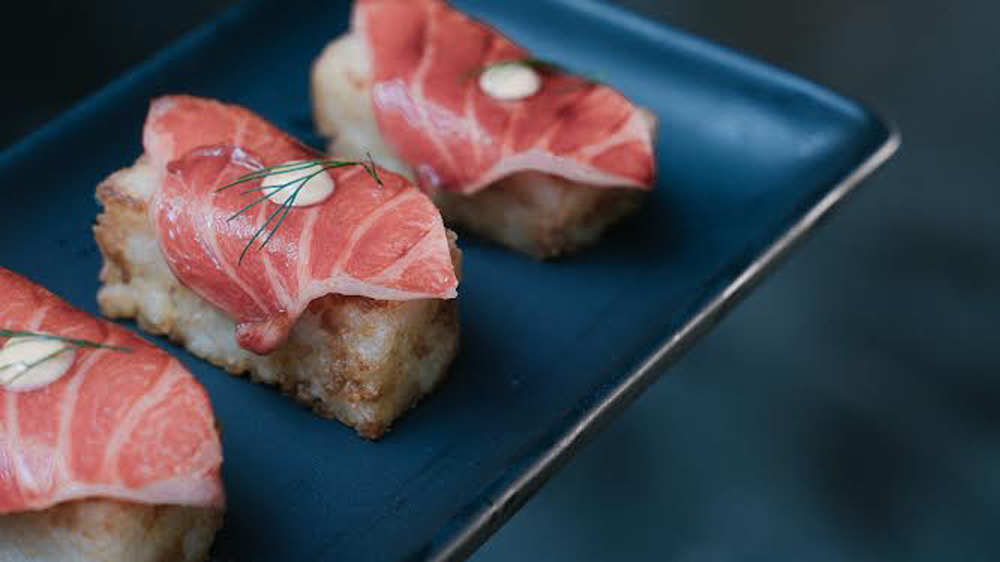 It begins with the space itself. He tapped designer William Sofield, who’s worked on Gucci stores and Tom Ford boutiques, to create Zero Bond’s sleek and contemporary interiors. “I just really wanted this very high-end meets residential vibe,” Sartiano says. Walking into the club, a 20,000-square-foot space that takes up the building’s top two floors, it feels like entering an elite New York loft residence. Inside there’s an Assouline library and a screening room. And curator Sophia Cohen joined Sartiano to secure around $10 million in art, including work from New York legends Andy Warhol and Keith Haring.

Sartiano is offering an alternative to overheated nightclubs with velvet ropes. He knows that a great dining experience matters to the top-tier crowd he’s trying to attract in 2021.

“I think they have different demands than what they’ll find at the places that don’t put enough of an emphasis on the food,” Sartiano says. “Food is so important for people when they socialize. I wanted to offer not just good food, but also multiple options, so people aren’t getting the same cheeseburger every time.”

At Zero Bond, executive chef Richard Farnabe (who earned two Michelin stars running the kitchen at Terrance Brennan’s Picholine and also cooked at Mercer Kitchen, Daniel and scene-dining pioneer Lotus) is running spaces including a grill room where members can enjoy Dover sole, tomahawk steaks and spaghetti with caviar. Members can also eat pasta, pizza, sushi, salads, charcuterie, burgers and much more in the club’s lounge areas. A Baccarat-designed libations room allows members to build a night around whiskey and wine. And lockers are available for those storing their own rare vintages on site. Coffee is the high-end Colombia Elgar Ramirez Natural from Felix Roasting Co., which has an ultra-stylish coffee shop nearby in SoHo. 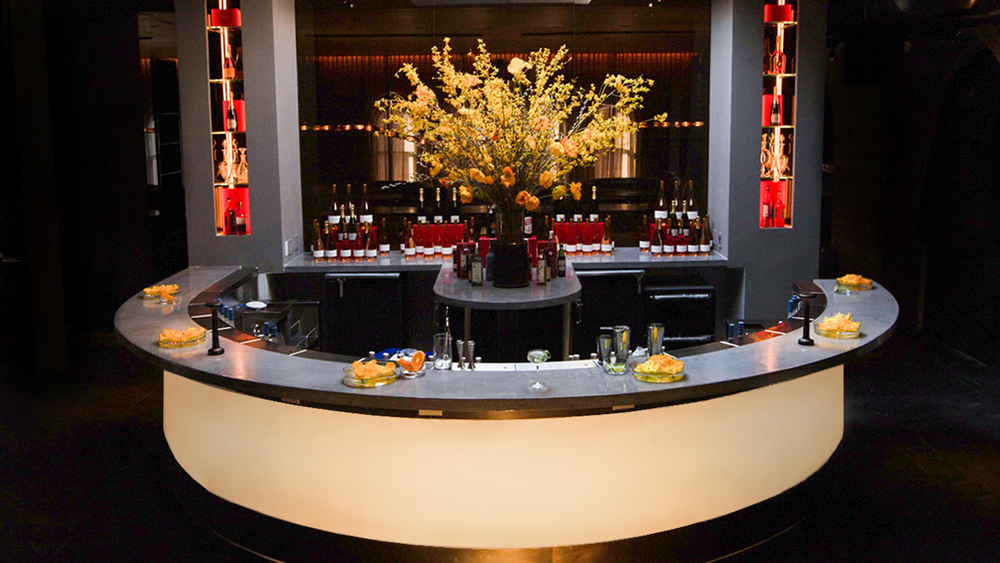 All these amenities are about encouraging members to return again and again, a goal Sartiano also hopes to achieve by keeping the prices quite reasonable. A one-year membership at Zero Bond ranges from around $2,500 to $4,000, with an initiation fee of $500 to $1,000. And menu items like a $13 margherita pizza, $24 amberjack sashimi and the nicely spicy $26 rock shrimp fra diavolo we enjoyed on a recent visit are priced comparably to what you’ll find at many popular New York restaurants.

“It’s not just about a money grab,” explains Sartiano, who says Zero Bond has a waiting list of more than 5,000 potential members. “I didn’t want to create a place that was just for rich people to spend a lot of money.”

Zero Bond includes an omakase room, helmed by executive sushi chef Ry Nitzkowski (who previously worked at New York’s excellent Shuko), with tasting menus that range from $145 to $245, not including truffle, caviar or wagyu supplements—a fraction of similar restaurants in the city. That doesn’t mean he’s cutting corners on the experience; his discerning crowd would know if he did.

“I want people to take a vested interest in Zero Bond and feel like it’s special,” says Sartiano, who put together a curved omakase counter that makes it possible for a group of three people to have a conversation that doesn’t involve the person in the middle scooting back. “I was trying to create these almost jewel-box experiences within Zero Bond that add value to people’s membership. I want them to be proud to be a member of Zero Bond and not just because it’s hard to get into. People here eat at the best omakase places in the world. If it doesn’t compare to what they’re used to, it just wouldn’t have worked.”

Even before the pandemic, when “social distancing” wasn’t a phrase you heard constantly, Sartiano was thinking about ways to give people more room when they go out. 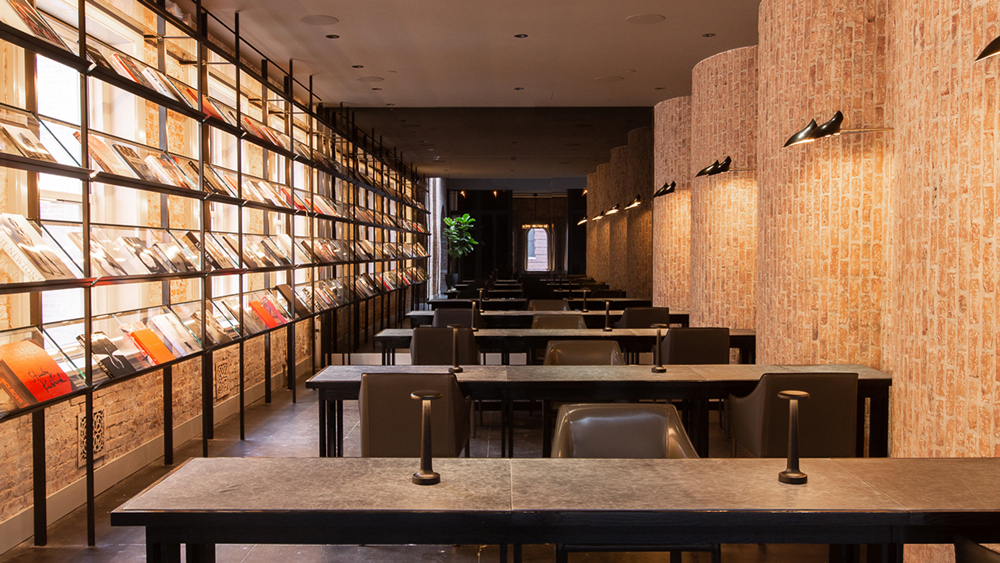 “I felt like New Yorkers wanted to have a bit more space when they’re socializing and a bit more control over who’s in the room,” he says. “I felt like mature, sophisticated, successful people who still want to be social had been somewhat alienated. They still want to go out, but nightclubs skew very young. There are great restaurants, but there wasn’t really a great place to go before or after, other than hotel lobby bars.”

And socializing at Zero Bond doesn’t have to center around drinking or food. The club hosts discussions on topics like art or tech investing. Members also gather for poker tournaments and backgammon tournaments.

In New York City, where most nightclubs and many restaurants have a limited lifespan, Sartiano sees an opportunity to build something that lasts. He’s bold enough to say that he’s attempting to create a legacy here.

“I want Zero Bond to be a forever place that goes down in history in New York, a generational place like the London clubs,” he says. “Meaning, 15 years from now, my son is hanging out with his friends there and my friends are still members. That’s really what I want it to be.”