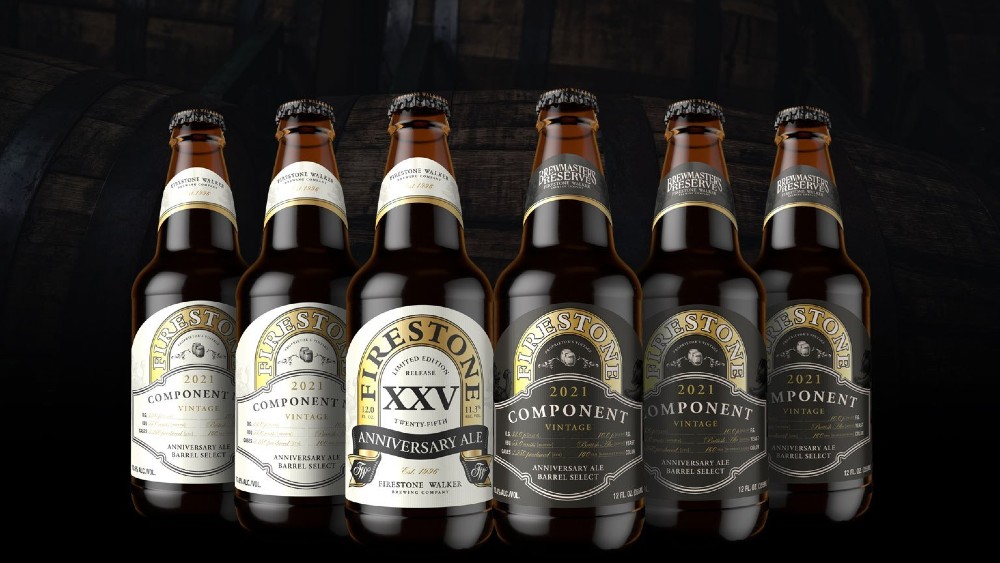 One of California’s elite craft breweries wants to give you the chance to taste its rarest creations. Paso Robles’s Firestone Walker is now offering a limited membership that will introduce 1,000 local hop heads to dozens of its wildest and most exclusive craft beers.

The Brewmaster’s Reserve club will deliver members eight separate boxes (one a month) of 27 total brews, more than half of which will be offerings exclusive to the club. The only catch? It’s reserved for California residents.

Among the rare bottles are wine cask blends from the brewery’s Barrel Works program. The Terroir Collection, which arrives in September, is one such offering. The beer-wine hybrids are made using wild fermentation, blending in 50 percent grapes with wort beer, then aging them in wine barrels.

Others beers in the program will come from Firestone Walker’s Vintage Reserve Program, which ages craft beer in unique spirit barrels. Most of the club’s brews will derive from these two separate and very different barrel-aging programs, including some collaborative blends of the two. “We just have so much to tap into, so the whole program is basically going to be beers aged or fermented in wood,” brewmaster Matt Brynildson tells Robb Report.

The driving notion behind the membership, Brynildson says, is to let serious beer drinkers enjoy the brewery’s boldest concoctions.

“I would say the genesis for Brewmaster’s Reserve was just our desire to be creative, and all these ideas would never translate to any large release,” he says. “We’ve got all these crazy beers we’d love to release, but the only way to do this right is small volume—because some of the ingredients are really expensive, or we can only get so many barrels. And then how do we get it into hands of the people that are going to care about it most? If we go to smaller scale, then you don’t have to worry about the bean counters.”

Renowned for his innovation in the artisanal beer world, Brynildson threw caution (and accounting) to the wind to create many of the membership’s beers. For instance, to make the club’s inaugural bottle, Dark Ray, the brewmaster sourced the best vanilla beans he could find via extensive tastings—something usually not viable for an ingredient more expensive than silver. That’s the whole point, according to Brynildson: “The club gives us an opportunity to just create some decadent, really beautiful beers.”

In addition to the beers themselves, Brewmaster’s Reserve offers other perks. Each box comes with special members-only glassware selected by Brynildson. The club will also offer virtual tastings with Brynildson and Barrelworks master blender Jim Crooks, as well as discounts (15 percent off beer and merchandise; 10 percent off dine-in or take-out at all Taprooms). You’ll also get first access to select rarely/never-released Library beers.

Maybe most surprising of all: The program comes at a relative bargain of $599. So don’t be surprised if California’s Barley Literati snap up the remaining spots in short order.