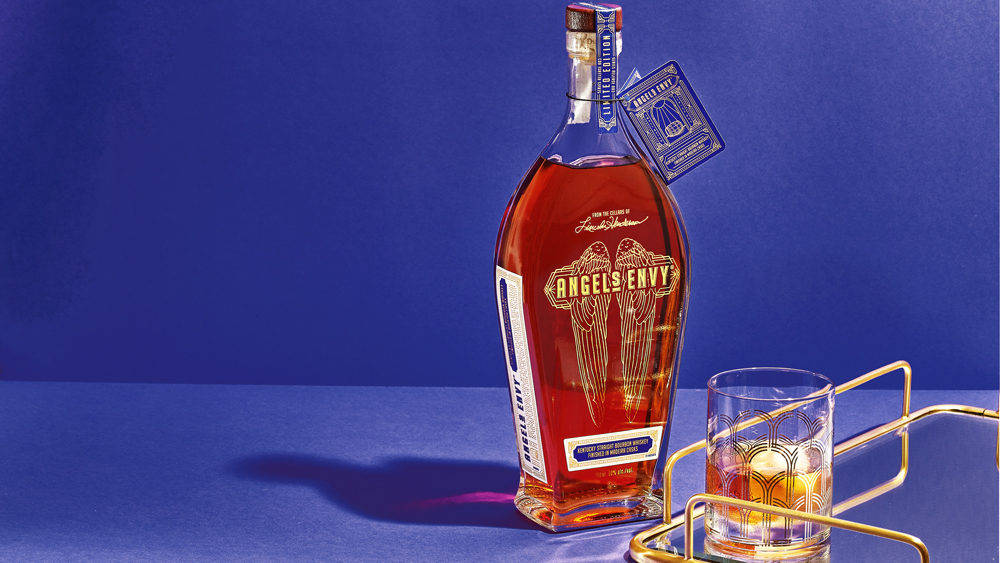 The concept of the one-trick pony gets a bad rap. After all, if you do one thing only, but you do it extremely skillfully, that should be considered an impressive feat, right? When it comes to whiskey, Louisville distillery Angel’s Envy could be viewed as a one-trick pony of sorts, but it does that singular thing really damn well—taking Kentucky bourbon (sourced until its own liquid is ready) and finishing it in different casks. And arguably, given the variety of cask types used by the distillery, Angel’s Envy is actually a multi-trick pony. The point is that this process, when done properly, doesn’t inherently change the core character of the whiskey. Rather, it augments it by adding different flavors to complement the true nature of the liquid.

The core expression from Angel’s Envy is a port barrel-finished bourbon, but about once a year the distillery puts out a special limited-edition release as well. This year, just in time for Father’s Day, this new Madeira cask-finished bourbon has arrived, the third release in the distillery’s Cellar Collection. The timing is apt, since co-founder and chief innovation officer Wes Henderson works with his sons to come up with these whiskey releases. According to Henderson, he traveled to Madeira in 2015 and tasted more than 30 different wines before deciding on the casks to use for this particular finish, noting that he was looking for something that fell somewhere between the dryness of a sherry and the richness of a tawny port.

Mission accomplished, because this bourbon is full of flavor picked up from what the distillery says was more than six months spent in Madeira casks. The first sip reveals a spicy orange bomb of a bourbon with a bit of tannin that doesn’t overpower the palate. This is followed by vanilla, cherry and some light cedar notes that expand into the finish. At 100 proof, there’s a bit of heat here, but nowhere near the level that some of the cask-strength releases from Angel’s Envy reach. As mentioned before, this is a limited release with just 400 bottles made available to purchase at the distillery in early June, along with select retailers in KY, NY, CA, FL, TN, IL and TX that will carry some. This is an obtainable bourbon, but will certainly require some effort to find, especially if you do not reside in those states. If you do come across a bottle, don’t pass up the opportunity to taste. It seems that Angel’s Envy’s process is less one-trick pony and more thoroughbred that consistently leads the pack, often breaking out and winning the trophy.