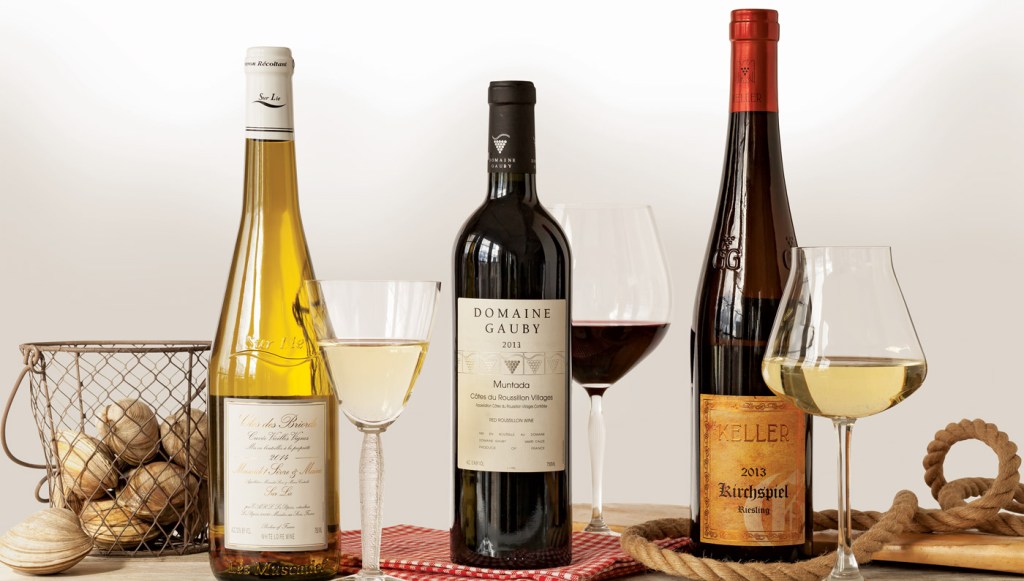 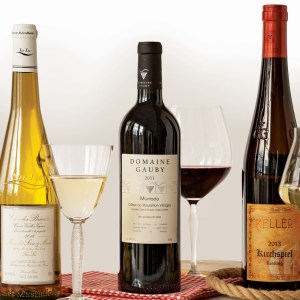 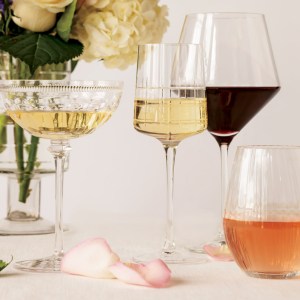 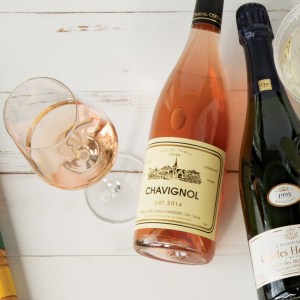 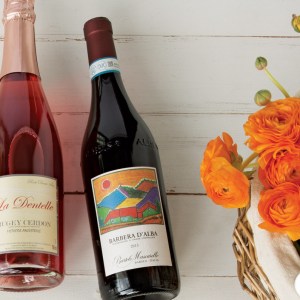 Red or white, rosé or sparkling, these wines bring out the best in the season’s memorable moments.

Summer is a time for exploration and adventure, and the experiences will be all the sweeter with the perfect wine on hand to suit the moment. The best summer wines enhance the season’s ambience, perfecting a romantic evening, adding an effervescent note to a celebration, or simply synergizing with seasonal flavors. The wines must be vibrant and refreshing, playful or even frivolous—meant for carefree sipping as much as earnest contemplation. But above all, summer wines must express the joy of life lived to the fullest.

Few wines are better suited to marital celebrations than Chartogne-Taillet Brut Champagne Cuvée Sainte Anne ($46, chartogne-taillet.com) from Alexandre Chartogne, a young winegrower who is single-handedly restoring the little village of Merfy to the grand reputation it once enjoyed. Chartogne’s fastidious organic viticulture reaps rewards in the cellar, so even this wine, his most humble bottling, is packed with flavor, marrying crisp fruit with an elegant mousse. It is a Champagne to buy by the case.

Triennes is the Provençal sideline of two Burgundian titans: Aubert de Villaine of Domaine de la Romanée-Conti and the Seysses family of Domaine Dujac. Few rosés can boast such a  pedigree, but the aromatically exuberant, crisp, and refreshing Triennes 2015 Rosé ($16, triennes.com) has no pretentions to grandeur when it comes to price. What’s more, the estate’s name alludes to an ancient celebration held to honor Bacchus, a deity who’s always welcome at a party.

Asparagus is a fundamental part of summer’s bounty, but few wines emerge unscathed from a pairing with this notorious vegetable. Grüner Veltliner is one of the rare grapes that not only survives asparagus but synergizes with it, and the Pichler family makes one of Austria’s most authoritative examples. The F.X. Pichler 2013 Grüner Veltliner Smaragd Dürnsteiner Kellerberg ($90, fx-pichler.at) marries Grüner’s asparagus-friendly signatures of white pepper and fresh herbs with peachy fruit, making for a pairing that simply sings.

Mediterranean cuisine—be it Provençal, Spanish, or Italian—evokes the summer like no other. One of its most versatile vinous allies is the Emidio Pepe 2001 Montepulciano d’Abruzzo ($150, emidiopepe.com), an ex-ceptional vintage that is drinking beautifully right now. Black cherry, dried herbs, vine smoke, and aromatic bark mingle in this supple, lusciously intense red that cries out for lamb on the grill—and an alfresco lunch that ends long after the stars are out.

The salty scents of a bracing sea breeze are echoed in the Domaine de la Pépière 2014 Muscadet Sèvre et Maine Clos des Briords ($19, domainedelapepiere.com)—and this briny, juicy, but textural wine is the perfect match for anything marine. A top cuvée—and vintage—from one of Muscadet’s great artisanal producers, this bottling has more depth and intensity than others from the region, thanks to old vines (planted as long ago as the 1930s), ideal exposition, and deep soils.

The combination of spice and sweetness makes barbecue a challenge to pair with wine, and few are up to the job. But Domaine Gauby 2013 Muntada ($113, domaine gauby)—a characterful red from the rugged Roussillon—will work well with less sugary styles of Texas, Memphis, or Carolina. Rich, brooding, and savory with aromas of wild herbs and grilled meat, it is also refreshing, cutting through even the richest meats. Muntada is Gauby’s top cuvée, but all the estate’s reds make the same music.

A Day at the Lake

Whether you are relaxing at the shore or on the sundeck, a glass of Riesling provides the perfect accompaniment. Klaus-Peter Keller, the leader of the Rheinhessen’s vinous renaissance, crafts Germany’s finest dry Rieslings, which are laden with minerality and exploding with perfume. Pour his Weingut Keller 2013 Riesling Grosses Gewächs Westhofener Kirchspiel ($76, keller-wein.de) and enjoy its electric energy while its kaleidoscopic complexity unfolds in the glass.

Croquet is elegant, summery, and sometimes vicious—just like the frequently steely wines of Sancerre. But a few bottles of Pascal Cotat 2014 Sancerre Rosé Chavignol ($60, imported by North Berkeley Imports, northberkeleyimports.com) should help keep the peace, captivating your rivals with spectacular aromas of wild strawberry, orange peel, dried roses, and spice. Made from Pinot Noir grown in the chalky soils of Chavignol, this rosé is capable of aging for more than a decade.

Be it a summer fling or the devotion of a lifetime, nothing inspires passion like Champagne. For a terrific, mature vintage to impress even the most seasoned connoisseur, look to the house of Charles Heidsieck (an address popular among insiders). The Charles Heidsieck 1995 Champagne Blanc des Millénaires ($177, charlesheidsieck.com) is a rich and compelling Blanc de Blancs, combining the complexity brought by long aging in cool cellars and the vivacity of a recent disgorgement.

Ripe, juicy berries are one of summer’s greatest delights, and their sweetness finds a perfect complement in the Domaine de la Dentelle Rosé Méthode Ancestrale Bugey-Cerdon ($20), a new import from Martine’s Wines (mwines.com). This joyous off-dry rosé is from the mountainous appellation of Bugey-Cerdon, sandwiched between the Jura and the Savoie. Bugey can be cloying, but 120-year-old vines and serious winemaking make this a sophisticated rendition, its juicy fruit and natural sweetness deftly balanced by vibrant acidity. Moderate alcohol—only 8 percent—makes it possible to sip with abandon.

The denizens of Barolo make some of the world’s most formidable wines from the Nebbiolo grape, but when they reach for a bottle to open, it is almost always Barbera. Maria Teresa Mascarello follows in the footsteps of her legendary father, Bartolo, crafting some of the most impeccable traditionalist wines in the appellation. No new oak occludes the juicy raspberry and black-cherry fruit in her Bartolo Mascarello 2013 Barbera d’Alba ($47, imported by Rare Wine Co., rarewineco.com): It is just pure pleasure.