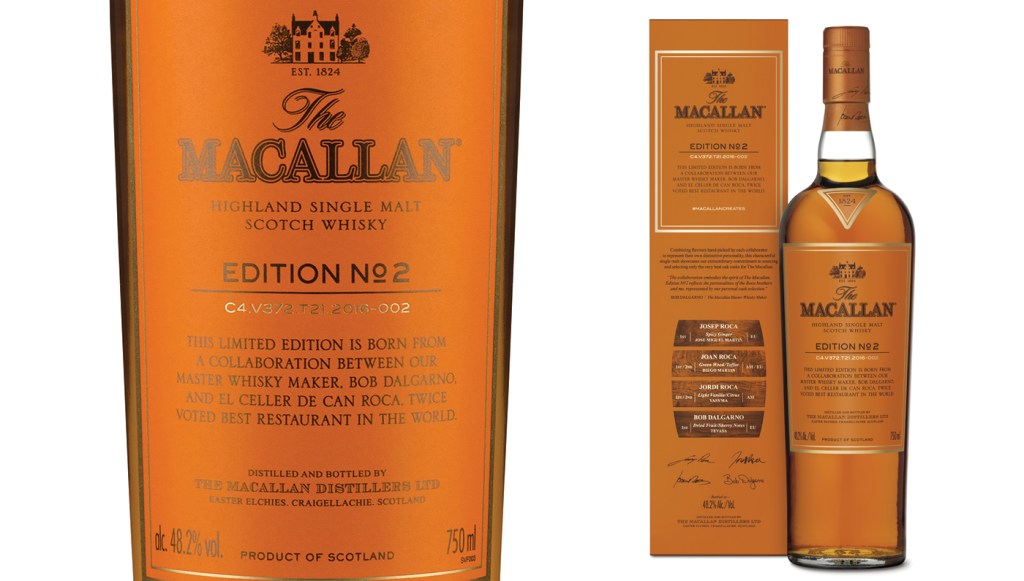 On the second day of Christmas my true love gave to me…The Macallan Edition No. 2.

This legendary Speyside single malt is known for its sherry-barrel aging. But last year, master whisky maker Bob Dalgarno began experimenting with mixing and matching various casks. Edition No. 1 consisted of eight casks (seven first-fill sherry butts and one of American oak). The success of this no-age-statement whisky has resulted in the just-released Macallan Edition No. 2 (roughly $100), a suitable tribute to this second day of Christmas. Working closely with restaurateur-chefs Joan, Josep, and Jordi Roca (the family behind the three-Michelin-starred El Celler de Can Roca in Girona, Spain), a handpicked mixture of seven American and European casks was chosen from two different cooperages and seasoned with sherry by two different bodegas before being used for aging the whisky. The resultant Macallan Edition No. 2 is a melding of ginger, allspice, and brown sugar from the European wood, with citrusy vanilla from the American oak. (themacallan.com)