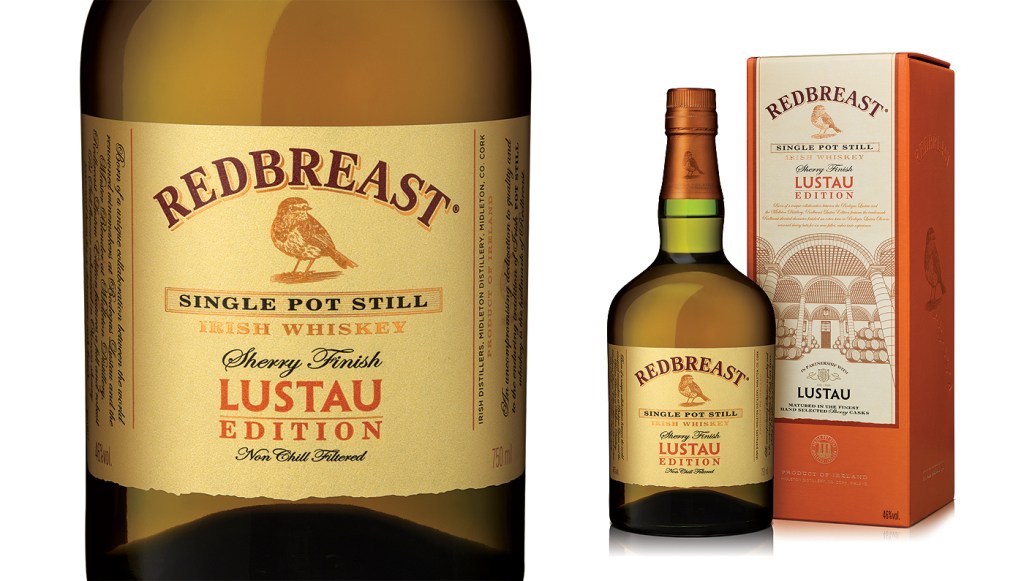 Rather than settle for “three French hens,” as the song calls for on this day, we opted for a redbreast. Specifically, a triple-distilled Redbreast 12-Year-Old Lustau Edition Irish Whiskey ($70), one of the world’s best-selling single pot still Irish whiskeys—a proprietary term used by Pernod Ricard’s Irish distillers to identify brands coming from one distillery. Redbreast is aged using the original formula of two-thirds bourbon barrels to one-third sherry casks, but given the Midleton Distillery’s close relationship with the prestigious Bodegas Lustau in Jerez, Spain, for obtaining their sherry barrels, master blender Billy Leighton decided to finish the already-matured 12-year-old Redbreast for an additional year in hand-selected, first-fill Lustau sherry butts—thus melding the creamy butter and red apples of Redbreast 12-year-old with the stewed fruit and toasted oak of Lustau’s Don Nuño oloroso sherry. The result is a rich fusion of prunes, dates, and figs with marzipan, slightly smoky honey, and a hint of butterscotch. (irishdistillers.ie)