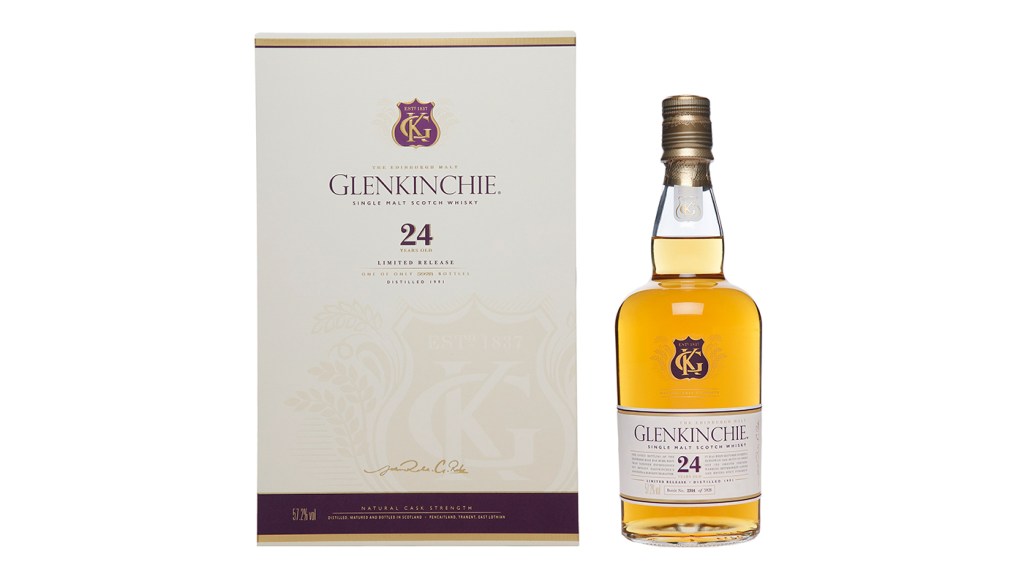 On the fourth day of Christmas my true love gave to me…Glenkinchie 24-Year-Old Single Malt.

Most Lowland Scottish single malts tend to be on the light side, but this particular version of Glenkinchie, which was distilled in 1991, is robust yet comforting, with lemon and pine resin top notes ebbing into cedar and raisins and a soft, pillowy mouthfeel. As such, the Glenkinchie 24-Year-Old Single Malt ($450) is one of the most individualistic—and definitely the oldest—cask-strength single malts ever released by this 179-year-old distillery. Bottled at 114.4 proof and with fewer than 750 bottles available in the United States, it is a rare bird indeed—far more scarce than the “calling birds” given on this fourth day of Christmas. (malts.com)