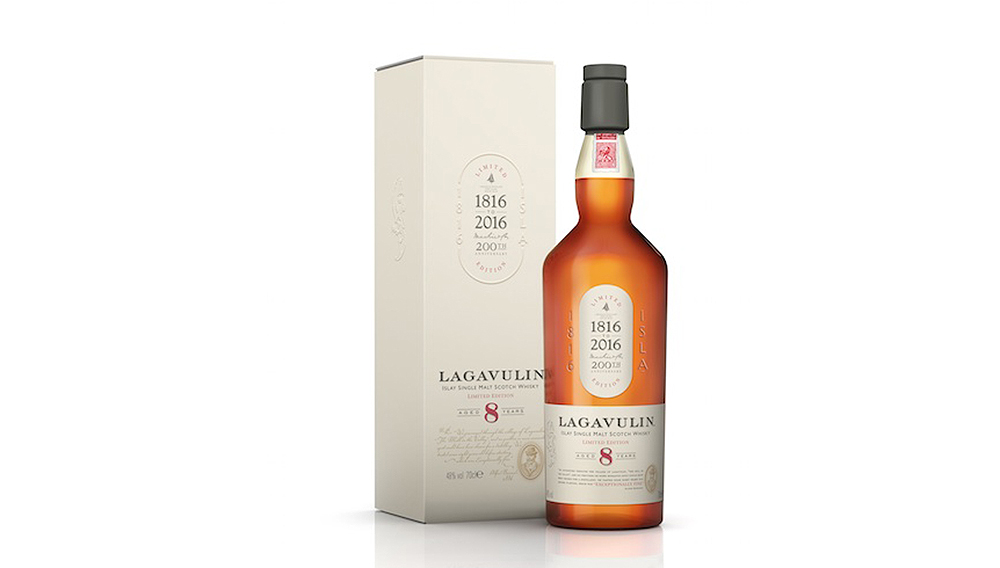 On the eighth day of Christmas my true love gave to me… Lagavulin 8-Year-Old 200th Anniversary Single Malt.

This day should rightfully be celebrated with a bottle of Lagavulin 8-Year-Old 200th Anniversary Single Malt ($65), which has been released by this Islay distillery, founded in 1816, as part of its 200th anniversary celebration. We acknowledged the festivities earlier by including its 25-year-old anniversary single malt ($1,200) in our 2016 Robb Report Host’s Guide. However, the Lagavulin 8-year-old differs noticeably from that older counterpart as well as from its regular 16-year-old bottling. For one thing, the pale-yellow color foretells a softer, candied smoke, and the floral, citrus, and oak flavors make it a much gentler whisky. (malts.com)