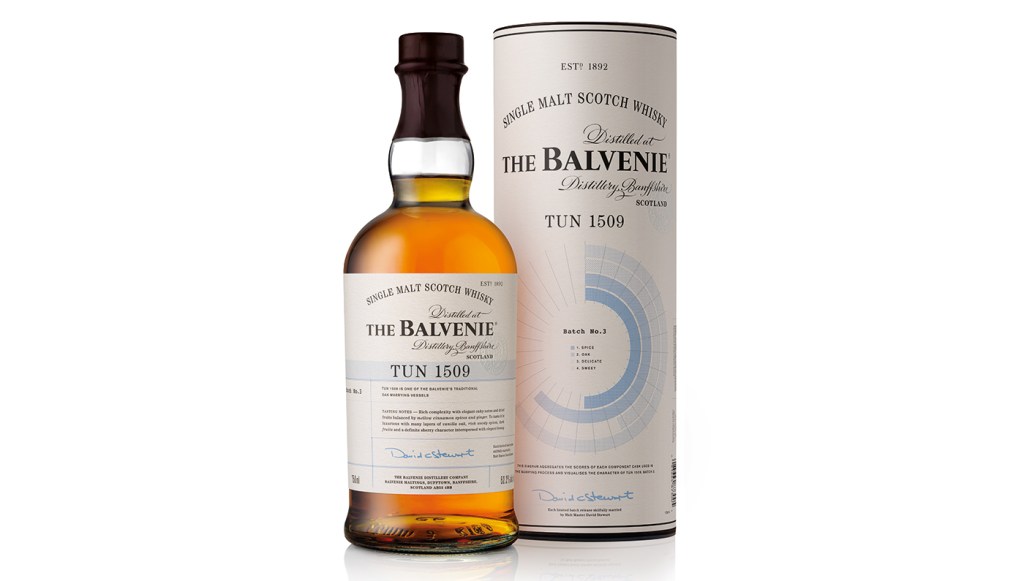 On the ninth day of Christmas my true love gave to me… The Balvenie Tun 1509—Batch 3.

Tun 1509, a huge wooden holding tank where aged single malts are allowed to “marry” for a few months before being bottled, sits just inside the door of Balvenie’s Warehouse 24, which was once the basement of the house that distillery founder William Grant built in 1892. Perhaps it is the presence of Grant’s ghost, or maybe the age of the wood used in its construction, but Tun 1509 seems to impart some unique properties to the spirits it contains. David Stewart, Balvenie’s long-reigning malt master, has always known this, and for this third batch, the Balvenie Tun 1509—Batch 3 ($350), he hand-selected 31 of the finest casks from the distillery’s aged stocks, consisting of 12 sherry butts distilled between 1989 and 1992, 11 American oak hogsheads distilled in 1989, and eight refill American oak butts distilled in 1992 and 1993. Dried fruits, woody spices, and sweet heather make this a perfect cask-strength dram for the season, with 2,100 bottles available in the United States, and it is reason enough to inspire nine ladies—and men—to dancing. (thebalvenie.com)