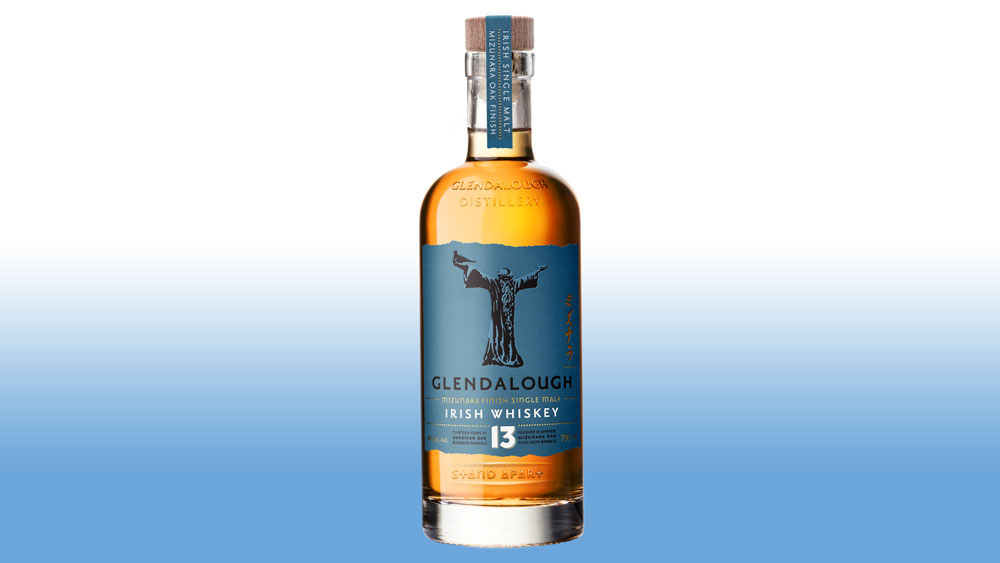 The Irish distillery Glendalough opened for business in 2011 in a picturesque valley nestled in the Wicklow Mountains, a little south of Dublin. Its first release was Poitín (pronounced “potcheen”), a spirit made from malted barley and sugar beets that dates back to the 6th century. The Poitín was an immediate hit, so with a spot on the spirits map secured, Glendalough soon added a gin and several expressions of Irish whiskey to its portfolio.

The finest of these offerings is the 13 Year Old Single Malt ($120), an age designation that’s widely considered unlucky in the booze business. The folks at Glendalough don’t see it that way, though, and for two reasons—the first being that Irish rugby great Brian O’Driscoll wore the number 13 when he starred for the national team. O’Driscoll, it’s worth noting, is a shareholder in the company.

The main reason the brand embraces the number 13 is St. Kevin, an Irish adventurer who founded the Glendalough valley in 518 AD and whose image adorns every label produced at the distillery. Legend has it that when a blackbird laid her eggs in St. Kevin’s outstretched hands, he stood perfectly still—in the middle of a river no less—for 13 days and nights until the eggs hatched. And if that’s not a tall tale worth raising a glass to, what is?

The Glendalough 13 Year Old Single Malt is the only Irish whiskey matured in Japanese Mizunara oak. The rare and pricey casks are made with wood sourced from the forests of Hokkaido, the second largest island of Japan. The Mizunara oak imparts the whiskey with a velvety mouthfeel and a host of delightful flavors such as sandalwood, dried apricots, toffee, and vanilla fudge. There’s some spiciness to it, as well—particularly on the finish, which seems to last as long as ole St. Kevin pretending to be a tree.