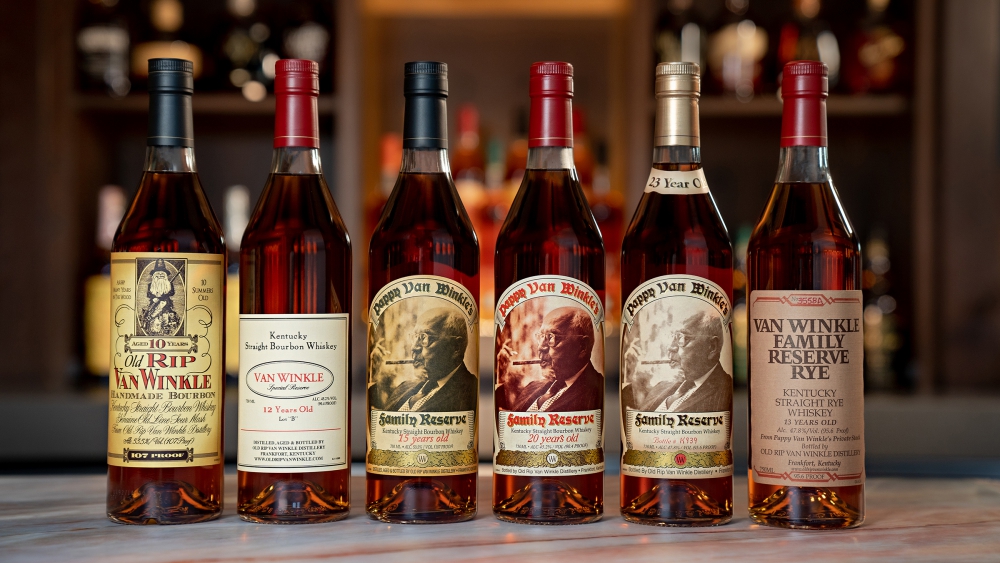 It’s that most wonderful time of the year again. No, not that one, we’re talking about the annual unveiling of the new Pappy Van Winkle whiskey collection. And no, you’re not hallucinating when you read the suggested retail prices of these coveted unicorn bottles.

It’s true, we’re helping to feed the hype machine here, but the people love their Pappy. This wheated bourbon brand, which has been produced at the Buffalo Trace Distillery since 2002, commands thousands of dollars per bottle on the secondary market. Which makes the prices listed by Buffalo Trace seem like a joke—starting at $69.99 for the 10-year-old, and topping off at $299.99 for the 23-year-old. Adorable, right? The reality is that a quick search online shows the youngest Old Rip Van Winkle being sold for a minimum of $1,000. People drive the market, the market drives the people, and so on and so forth in a circular pattern that means one thing: Pappy shows no sign of getting any cheaper.

Obviously, the distillery and the Van Winkles are aware that people are going to have a chuckle when they read the pricing, so president of Old Rip Van Winkle Distillery Julian Van Winkle III had this to say in a statement: “Although we would prefer for retailers to charge our suggested retail pricing, unfortunately we cannot legally force them to do so. The best chance to find our products at a fair price is through lotteries offered by many retailers, where fans have a chance to buy our bourbon at MSRP. Many of these lotteries benefit charities, so it’s a win-win for everyone.”

There have been counterfeit bottles of Pappy sold on the secondary market, which at best is a rip-off and at worst can be harmful to your health, depending on what was actually put into the bottle. This awful latter scenario has actually played out (not specifically with Pappy) in other countries. “We caution people to only buy from a licensed retailer,” said president and Buffalo Trace Distillery president and CEO Mark Brown in a statement. “Do not buy from a private seller, even if it’s someone you know, as you don’t know where they got the whiskey. The counterfeiters have gotten very sophisticated with their technology, so it pays to be safe.”

The entire Pappy collection will be available starting this month, and as usual supplies are extremely limited. So happy hunting to the diehards, and if you actually manage to find a bottle for these listed prices, definitely post about it on every social media channel to rub it in all of our faces.