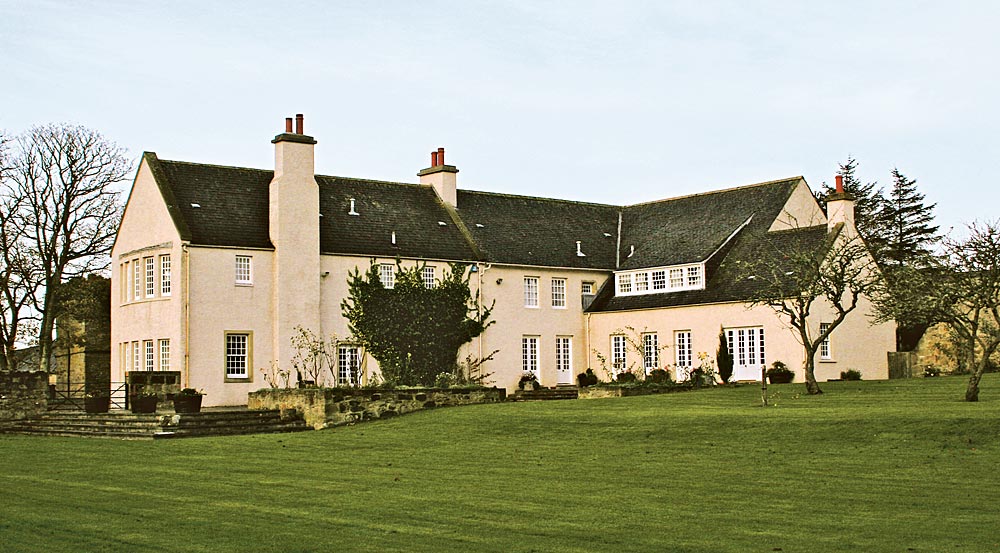 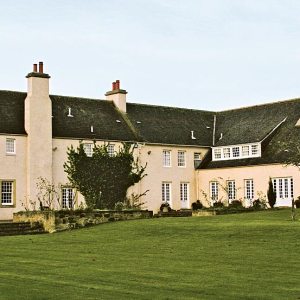 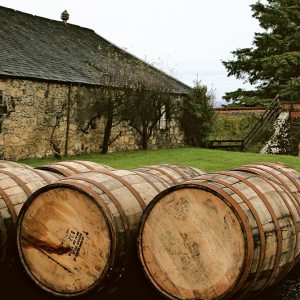 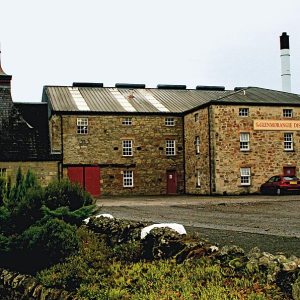 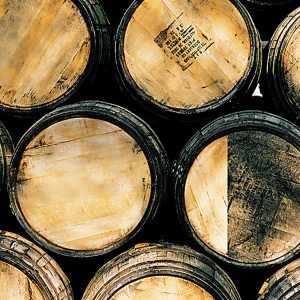 Create your own single-malt whisky at the Glenmorangie distillery

Visit a Kentucky cooperage to learn about cask making.

Twenty specially selected barrels in which to age your distillate,

along with cellar space at the Glenmorangie distillery for your barrels

Accommodations at the Glenmorangie House in the countryside of

Tain once a year for 25 years during the whisky-making project.

As many as five versions of your single-malt whisky, bottled at

various stages in the next 25 years.

related to this gift.

The glenmorangie distillery operates Scotland’s tallest malt-whisky still—a specially designed apparatus that forces the distillate to travel a longer distance to the whisky safe, causing the heavier elements to fall behind and thereby producing a sweeter libation. Yet the ultimate quality of the final spirit depends less on this innovative equipment than on a much more basic factor: According to Bill Lumsden, the company’s master distiller and whisky creator, it is wood—not the still—that makes the finest whiskies. “It doesn’t matter how carefully you’ve selected your malting or distilled your spirit,” he says. “If you age it in poor-quality wood, you’re not going to get good whisky.”

This insight is of relatively recent origin. “Scotch whisky goes back some 500 years or so,” Lumsden explains. “Wood wasn’t always used. To make the spirit more palatable, distillers typically flavored it with herbs, spices, and fruits.” Not until the 17th century, when the United Kingdom began to trade with France and Spain, did Scottish distillers routinely age their spirits in casks that previously contained Bordeaux or sherry. “Sherry casks were the original barrels of choice, primarily because of their large size, about 500 to 600 liters,” says Lumsden. “It wasn’t until halfway through the last century that we started using other barrels.” The best of those came from Kentucky bourbon distillers who, in the post-Prohibition era, were subject to new laws requiring that they age their whiskey exclusively in new charred-oak barrels that could be used only one time. Two of Scotland’s more forward-thinking distillers, Glenfiddich and Glenmorangie, took advantage of this steady supply when it became apparent that distillate stored in the American whiskey barrels yielded subtle flavors that enhanced the spirit. Sherry casks, thereafter, were primarily used to mask imperfections.

Lumsden, however, does not wait for the bourbon barrels to come to him. Each spring, he travels to the Ozark Mountains in Missouri to select the American oak trees that will be transformed into casks for Glenmorangie’s single-malt Scotch whisky. Here, he looks for what he considers to be the best timber: trees that grow on north-facing hills and have thick trunks and no branch points.

The recipient of this gift will learn not only about wood, but also about all other aspects of whisky making. First, the recipient and three guests will accompany Lumsden and a forester on a one-day trip to the Ozarks to source trees for Glenmorangie. From there, the group will travel to the Blue Grass Cooperage in Louisville, Ky., for two days to watch as the wood is cut into staves and set outdoors to season for two years. The coopers will also demonstrate for the group how casks are constructed and charred.

On a separate four-day trip, the party will meet Lumsden at the Glenmorangie distillery in Tain to spend two and a half days checking the quality of barley, fermenting the mash, and, finally, distilling the recipient’s personal whisky. On the final day, the recipient—with the help of a few of the famed 16 Men of Tain (the workers traditionally maintained at Glenmorangie)—will transfer the fresh distillate into 20 specially selected barrels, each of which will be branded with the recipient’s family name and warehoused for up to 25 years.

Throughout the aging process, the recipient and a guest will have annual opportunities to stay at the Glenmorangie House and, while there, stop by the distillery to sample the custom whisky as its flavors gradually evolve with exposure to the wood. The first bottling will take place in 2019, when the spirit is 10 years old; the remaining four bottlings will be scheduled by the buyer and cellar master at appropriate intervals through the year 2034.

“I want the recipient of this gift to have ownership of the spirit all the way through,” says Lumsden. “I envision this person donning a pair of overalls and working side-by-side with me and the distillery’s other craftsmen.” All of this hard work will be rewarded on two separate evenings at the Glenmorangie House, where Lumsden will treat the recipient—the distillery’s honorary 17th Man (or Woman) of Tain—to fireside dinners and private tastings of Glenmorangie’s whiskies, including some drawn from unusual and rare barrels.

The gift is limited to one buyer and must be purchased by January 15, 2009 • The gift includes air travel for the first visit to Tain, Scotland, but subsequent trips to Tain are not covered.