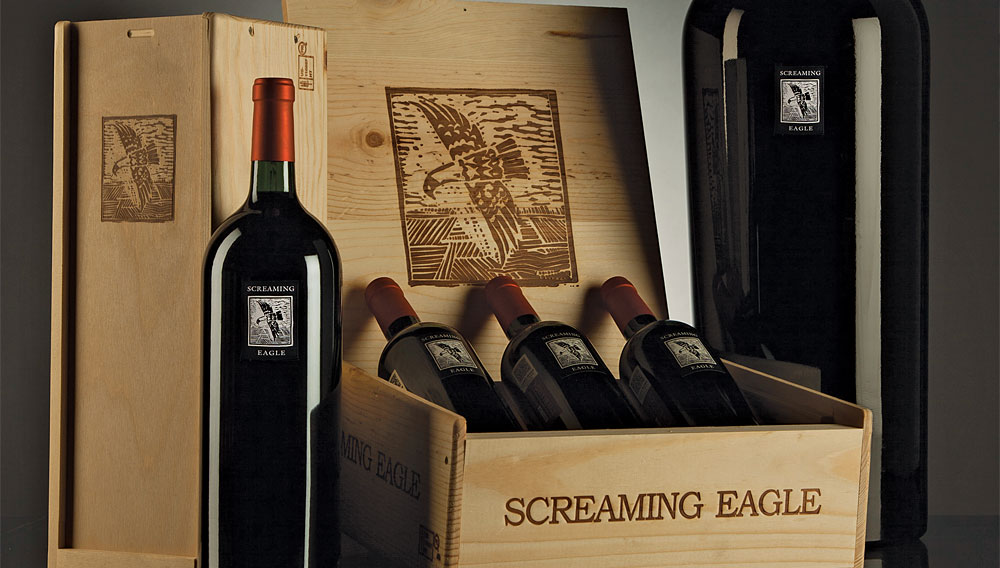 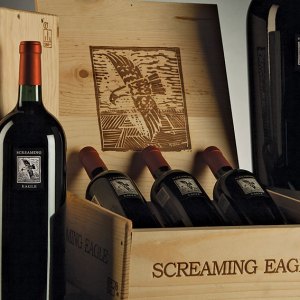 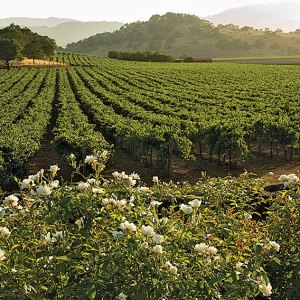 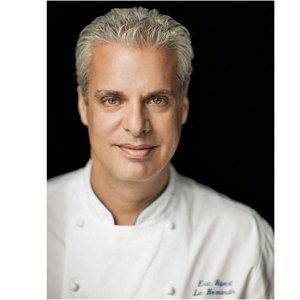 An unprecedented collection of Screaming Eagle Cabernet Sauvignon from the Napa Valley, comprising six 750 mL bottles each of every vintage from 1992 to 2002 (except 2000, when no wine was made), from the cellars of Soutirage, and a vertical flight of magnums of the 2003 to 2013 vintages, from the estate’s own library.

A 3-liter bottle of 2006 Second Flight, the first vintage of Screaming Eagle’s sister wine and the only one the winery has released in that format.

A dinner for eight people at the recipient’s home, where, for the first time ever, Armand de Maigret, the estate’s manager, will, along with representatives of Soutirage, pour barrel samples of Screaming Eagle and pair a selection of finished vintages with the cuisine of chef Eric Ripert of Le Bernardin.

A vertical tasting of Second Flight for all eight guests

prior to the dinner.

A full cellar evaluation and consultation by Soutirage.

™Perhaps the most extraordinary development of the last 30 years in the California wine industry began with an altogether ordinary event that had nothing to do with wine: In 1983, a local real estate agent looking to build a home purchased 50-plus acres situated within the tiny town of Oakville in the Napa Valley. Though the property was not sold as a vineyard, it had been planted previously with an assortment of vines, mostly Riesling, and approximately 1 acre of Cabernet Sauvignon. The buyer, seeking to defray some of her expenses, decided to explore the possibility of cultivating and selling her grapes—and history was made.

The owner, of course, was Jean Phillips, and the property is Screaming Eagle, which Phillips named for the U.S. Army’s 101st Airborne Division. “The land was sold as a homesite,” says Armand de Maigret, Screaming Eagle’s estate manager. “Jeanie turned it into what it is because she had to pay some bills. And I’m sure she was the first one to be surprised by the quality.”

The first vintage sparked an immediate frenzy among wine collectors. Because the volume of production was so low and demand among the wine’s admirers so high, Screaming Eagle became America’s first so-called cult wine almost overnight. Even through a change of ownership (Phillips sold the estate to its current owner, Stan Kroenke, in 2006), the label has maintained its unique appeal. “Screaming Eagle tastes like Screaming Eagle,” says Matt Wilson, a cofounder and the president of Soutirage, an international merchant of rare wines and spirits based in Yountville, Calif. “While winemakers have come and gone, what comes out of that vineyard is remarkably consistent. In a blind tasting, if you put 10 great red wines from around the world on a table, Screaming Eagle is one that you would pick out, because there are certain factors to the wine that come purely from its soil.”

The vineyard—which, except for the original acre of Cabernet, Phillips replanted—differs from others in Oakville in that the airflow from the San Pablo Bay keeps the soil warmer in winter and air temperatures cooler in summer; the result is earlier flowering and a more even ripening at harvest. “We have seven different soils and a lot of gravel,” says de Maigret. “These rocks give us exceptional drainage, and the difference in soils gives our grapes lots of different personalities from block to block.”

One fortunate Robb Report reader will have ample opportunity to experience the complexity of this distinctive estate, whose entire history (and a portion of whose future) is contained in this thirst-inducing gift. The recipient will become one of the very few to own a vertical flight including not only every vintage of Screaming Eagle ever produced but also three that are yet to be released: 2011, 2012, and 2013. The 1992 through 2002 vintages (for personal reasons, Phillips did not make wine in 2000) are each represented by six 750 mL bottles from the cellars of Soutirage. The remaining extant vintages, 2003 through 2010, come in the form of magnums from the library of Screaming Eagle; the final three magnums will be delivered to the recipient upon release. A 3-liter bottle of the first vintage of Second Flight, Screaming Eagle’s sister wine, completes the offering.

The recipient will share the unique character of this property with seven guests at a dinner in his or her home. The evening will begin with a rare tasting of barrel samples conducted by de Maigret, followed by a vertical tasting of Second Flight. Guests will then sit down to a magnificent meal prepared by the master chef Eric Ripert of Le Bernardin and meticulously paired with vintages of Screaming Eagle. “Armand and I really want this dinner to show the terroir of Screaming Eagle, from the very first vintage to the present day,” says Wilson. “And having someone of [Ripert’s] stature involved takes the evening to the highest level.”

The dinner and tasting will be held at a time to be mutually agreed upon by all parties.