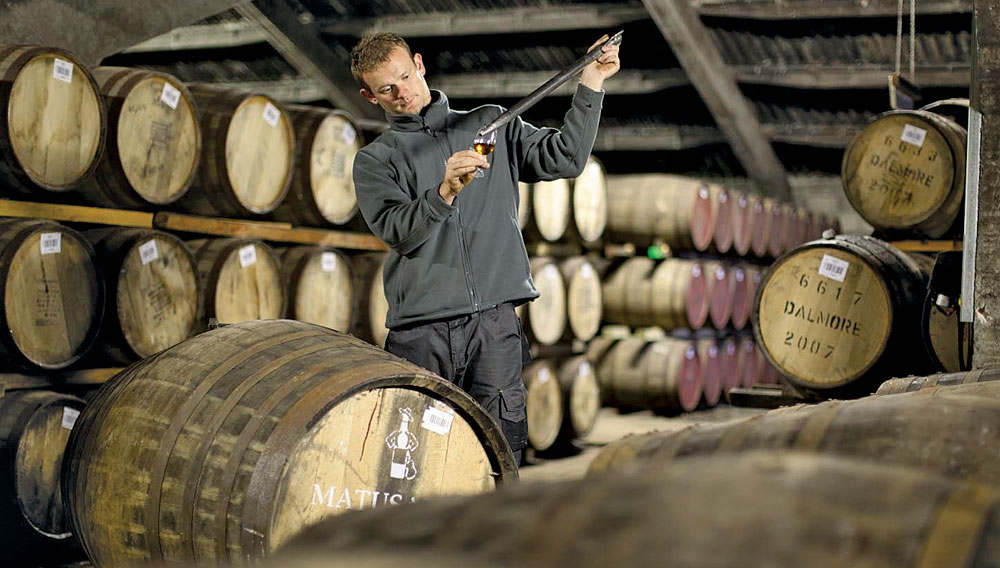 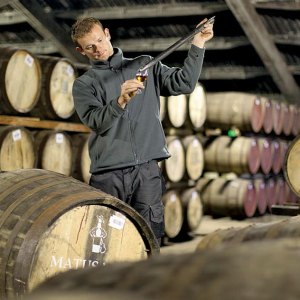 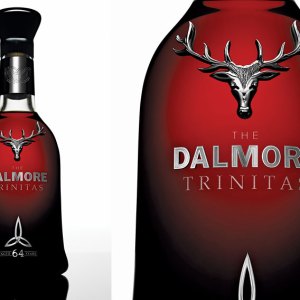 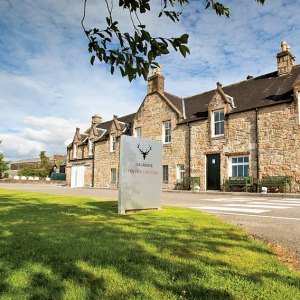 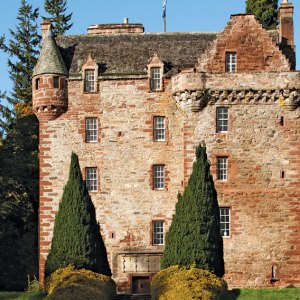 A cask of rare single-malt Scotch whisky from the Dalmore.

A visit by helicopter to St. Andrews for a round of golf.

Round-trip private-jet transportation for two from the United States to Edinburgh, Scotland.

In 1263, while hunting with Scotland’s King Alexander III in the Highlands, Colin Fitzgerald, the first chieftain of the Clan Mackenzie, saved the king’s life. Alexander, who had been thrown from his horse and onto the ground, was about to be gored by an enraged stag when Mackenzie raised his spear and thrust it into the animal. In gratitude, Alexander granted Clan Mackenzie permission to display the stag’s head on its coat of arms. So goes the legend.

Sometime between 1784 and 1786, Francis Humberston Mackenzie, the Clan Mackenzie’s chieftain at the time, commissioned Scottish artist Benjamin West to create a painting depicting the legend. West’s work, titled The Death of the Stag, measures just over 12 feet by 17 feet, making it the largest painting in the Scottish National Gallery.

Decades later, in 1868, brothers Charles and Andrew Mackenzie purchased the Dalmore distillery from Alexander Matheson, who founded it in 1839. To honor their heritage, the Mackenzies put the stag’s head symbol on their whisky bottles. Since the family sold the distillery to Whyte & Mackay, in 1960, the stag’s head emblem has become even more prominent. It is now rendered as a silver medallion on the Dalmore bottles.

With this gift, a Robb Report reader, accompanied by a guest, can become fully immersed in the Dalmore legend. The gift begins with a visit to the Dalmore distillery, home of some of the oldest cellared whiskies in the Highlands. There, the recipient will meet Richard Paterson, master blender for the Dalmore, who will regale his guests with tales of Scotland and its whisky lore and guide them through the nuances of nosing, tasting, and evaluating some of the rarest single malts in the Dalmore library.

Paterson will take his guests to the Dalmore’s warehouses to sample six barrels of single malts—some aged as long as 40 years—and select the whisky that best suits the gift recipient’s palate. The recipient can have the entire barrel bottled (approximately 288 bottles), with each bottle bearing the stag’s head emblem and a label that includes the gift recipient’s name, the bottle number, and Richard Paterson’s signature. If the recipient wants to give a bottle to someone, the distillery will add that person’s name to the label.

The recipient can choose to have the distillery bottle only a portion of the whisky and leave the rest in the cask to continue aging. The distillery will fill bottles and send the number requested to the recipient once a year until the cask is empty.

During most of their visit to Scotland, the recipient and guest will stay at Skibo Castle. On various days, they will be whisked off by private helicopter to play golf at St. Andrews, enjoy a chauffeured drive through the Scottish Highlands, and tour Castle Leod, the ancestral home of the Clan Mackenzie. The visit to the castle will include a traditional Scottish dinner with the head of the clan.

The gift will culminate in a trip to Edinburgh and a stay at the Balmoral Hotel. While in the city, the gift recipient and guest will meet with a tailor from Holland & Holland for a fitting of Dalmore-inspired Scottish “country pursuits” outfits. A VIP tour of Edinburgh will include a visit to jeweler Hamilton & Inches to meet with its designers and create a bespoke item of Dalmore-inspired jewelry for both the gift recipient and guest, such as a ring, cuff links, a bracelet, or a brooch.

The final item on the itinerary is a private tour of Scotland’s National Gallery that will include a viewing of The Death of the Stag, bringing the experience back to where the Dalmore story begins.

The gift is available only to one Robb Report reader and a guest and only through the end of 2013. The gift includes travel and accommodations for the recipient and one guest. The timing of the gift is subject to the schedule of master blender Richard Paterson and availabilities at Skibo Castle, St. Andrews, and the Balmoral Hotel. The recipient can begin the trip in Edinburgh and conclude it with the visit to the distillery and the stay at Skibo Castle. The price of the gift includes all duties and taxes on the whisky and other items.