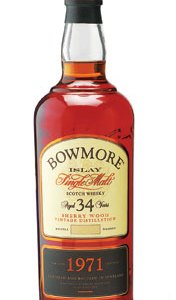 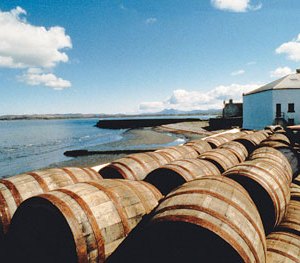 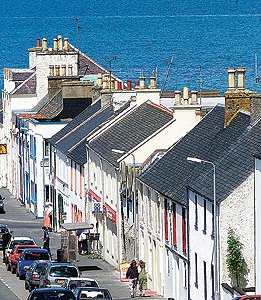 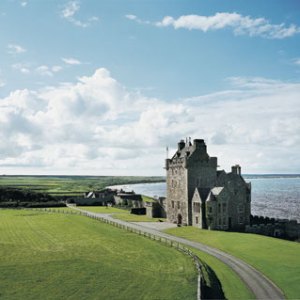 Ian “Percy” McPherson understands the sense of satisfaction that comes from completing a hard day’s work. He has performed every job there is at Bowmore, the 226-year-old single-malt distillery on Islay (pronounced “eye-la”), a remote island in the Hebrides off the west coast of Scotland, and he can attest that some are more satisfying than others. “The malt man kills himself every day,” says McPherson, the 60-year-old distillery manager and native of Islay, who joined the company in 1963 at age 18 to work in the malt barns. “Imagine putting 15 tons of grain on a 20-by-15-meter [65-by-49-foot] floor and turning it every four hours by hand with a shovel. It ain’t fun. It’s horrendous work. It’s purgatory,” he says in an incongruously cheerful tone, then adds, “But think about what the end product is: grain from the fields and water from the hills turned into liquid gold.”

Bowmore is inviting a small group of visitors to help McPherson perform this distinctly Scottish form of alchemy—and to get dusty and dirty in the process. This trip represents the opportunity to toil alongside McPherson and his 12-man crew as they turn grain with wooden shovels in the traditional manner, cut peat to fuel the malt-drying kilns, and stack barrels in the cool, damp vaults that are lapped by the waters of the Atlantic at high tide and impart a hint of the sea to the maturing whisky.

However, the visit to Scotland’s second-oldest distillery also will include less strenuous delights, including a tasting party at a castle on the mainland, accommodations in a recently opened six-bedroom cottage on the distillery grounds, a friendly round of post-shift golf with your Bowmore coworkers at the Machrie (a 114-year-old natural links course on the island), a whisky-nosing test, a personal cask of Bowmore single malt (which you will select), and an afternoon of trailing McPherson as he moves among the maturing casks in search of the next Bowmore limited edition.

“I think it’s a fantastic idea. I hope someone does take it on,” McPherson says. “[Whoever purchases it] must go work on the night shift. Everyone’s asleep, the phone doesn’t ring, there’s no one to bother you, and you can get on with your work. It’s magic.”

This weeklong trip has two halves: You and five friends spend a night in Glasgow and three days on Islay in the first half, and your spouses and companions join you during the second half for three days at Ackergill Tower, a castle in Caithness, Scotland. At the distillery, in addition to assisting the workers, you and your friends will take the sensory identification test that is given to all employees to select members of the in-house Nosing Panel, which McPherson says is the best job in the distillery. The test requires the sitter to nose 20 vials each of the different aromas commonly found in Islay whiskies. Guests who pass the test will receive a bottle of Bowmore 25 Year Old.

You will receive a unique souvenir from the trip from the Bowmore vaults: You will select your own cask of 18- to 21-year-old single malt, which will be labeled with your name, a privilege that only Queen Elizabeth II has enjoyed. Cask sizes vary greatly, but the selection will yield from 240 to 480 bottles. Bowmore will bottle the whisky at cask strength and ship it to your home.

Bowmore will present the cask to you at a tasting dinner that will take place after the Islay visit, at Ackergill Tower in Caithness, Scotland. The male guests can elect to be outfitted in full suits of Scottish attire. In addition to sampling your cask, the guests can savor rare bottlings such as Bowmore 40 Year Old, Bowmore 1964 Trilogy, Black Bowmore, and Bowmore 1971. The host’s five friends each will receive a bottle of Bowmore 1971 Limited Edition to take home, and you can keep the opened tasting bottles.

In 2018, you and your five companions each will receive a six-bottle case of Bowmore 12 Year Old, the single malt that you helped make a dozen years earlier.

This gift is available to one buyer, and the trip must occur in 2006. The price may increase depending on the size of the cask selected.