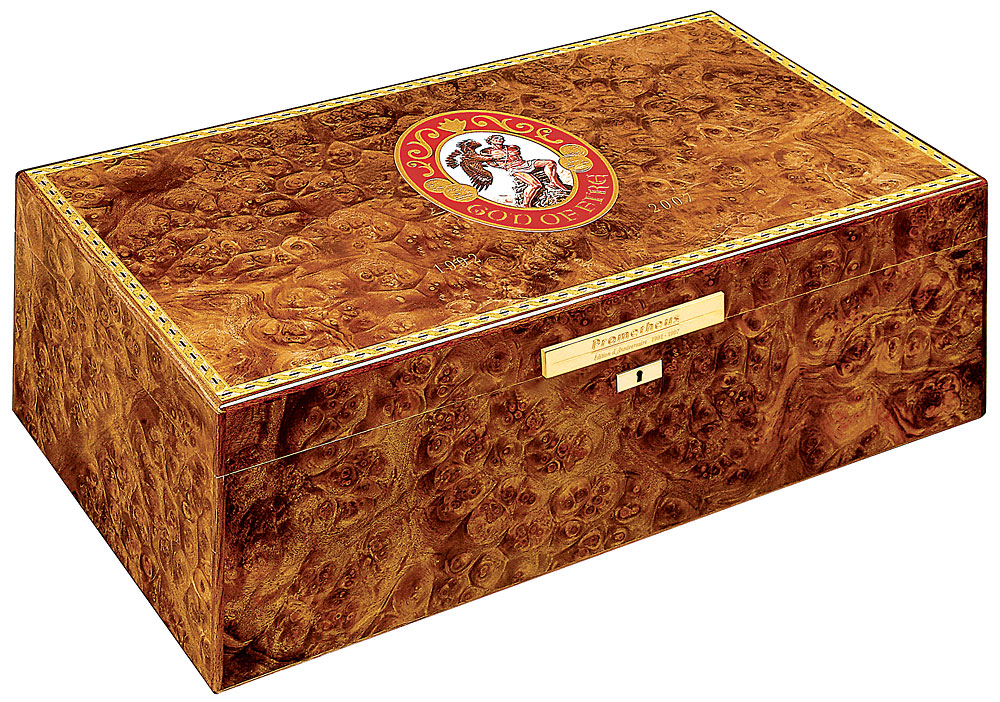 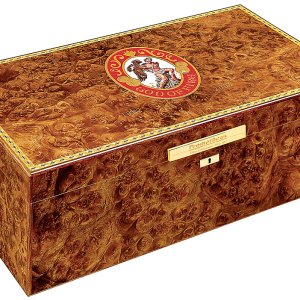 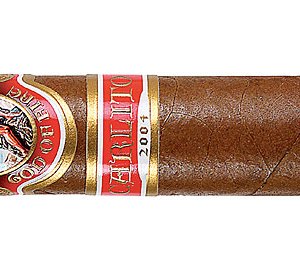 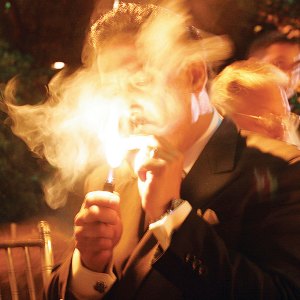 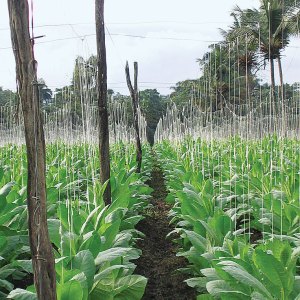 A unique God of Fire humidor filled with 300 cigars made by Carlos “Carlito” Fuente Jr. — A table for 10 at the 2008 God of Fire charity dinner in Los Angeles, as well as a visit to the Chateau de la Fuente tobacco farm in the Dominican Republic.

The next time your cigar smoking has you banished to the outdoors, place your annoyance in perspective: At least an eagle is not eating your liver.

Keith Park named his cigar accessory company Prometheus after the Greek mythology Titan who stole fire from Zeus and gave it to mortals. “Zeus wanted to kill all humans,” says Park, who founded his Commerce, Calif., business in 1992, “so he sent Prometheus to see them and check them out. Prometheus fell in love with them and realized that they didn’t have fire. He stole it from Zeus, gave it to humans, and Zeus was upset.”

As punishment for lighting up mankind, Prometheus endured an especially harsh inconvenience: Zeus had him chained to a rock and tortured by an eagle that devoured his liver. Worse yet, the organ would regenerate overnight, and the bird would return at dawn to resume its meal, day after day, until Heracles freed Prometheus. “He endured painful suffering for many years,” says Park. “He was a hero to humans.”

Park referenced Prometheus again, in 2004, when he introduced God of Fire, a series of cigars created by Carlos Fuente Sr., also known as Don Carlos, and his son, Carlos “Carlito” Fuente Jr., of the Arturo Fuente cigar company. The Fuentes have produced some of the world’s most sought-after cigars, including the Fuente Fuente Opus X.

The God of Fire cigars are made in limited editions; the 2004 debut consisted of 100 humidors filled with 100 cigars (50 by Don Carlos and 50 by Carlito). The God of Fire cigars feature two bands: One identifies the Fuente who created the cigar and the year in which he rolled it, and the other depicts Prometheus in chains.

The God of Fire collection is a major benefactor of the Cigar Family Charitable Foundation (CFCF), an organization that the Fuentes cofounded in 2001 with the Newman family, who operate the J.C. Newman Cigar Co. The CFCF is building a community complex that will serve five towns near the Chateau de la Fuente tobacco farm in the Dominican Republic. The complex will contain a school, a recreation center, a health clinic, and other facilities.

Since 2005, Park has hosted an annual God of Fire dinner, during which he auctions several God of Fire products. The 2007 dinner, held in September at the Hotel Bel-Air in Los Angeles, drew 200 guests and raised more than $200,000. (The dinners have collected half a million dollars in total.)

Park has arranged a God of Fire– themed gift for one Robb Report reader. In addition to a table for 10 at the 2008 God of Fire dinner and lodging for as many as 10 at the Bel-Air, the gift includes a trip for two to the Dominican Republic to visit the Fuente farm, an optional visit to the CFCF-sponsored complex, and a one-of-a-kind God of Fire humidor, which Carlito Fuente will fill with 300 cigars that he will make. The humidor will display the God of Fire logo, the image of Prometheus in chains. Park, who will oversee the creation of the humidor, suggests a cabinet humidor made from red sycamore, red maple, or red madrona because the color would provide the best backdrop for the Prometheus image.

Carlito Fuente will select the cigars’ tobacco and will render the cigars in five or six novel shapes. The humidor and custom cigars will take at least a year to complete. But to help you endure the wait, you will receive 300 of the limited-edition cigars that will be made for the 2009 God of Fire release. Light up now and leave the suffering to the mythological heroes.

{ The custom humidor and cigars will take at least 12 months to complete. }