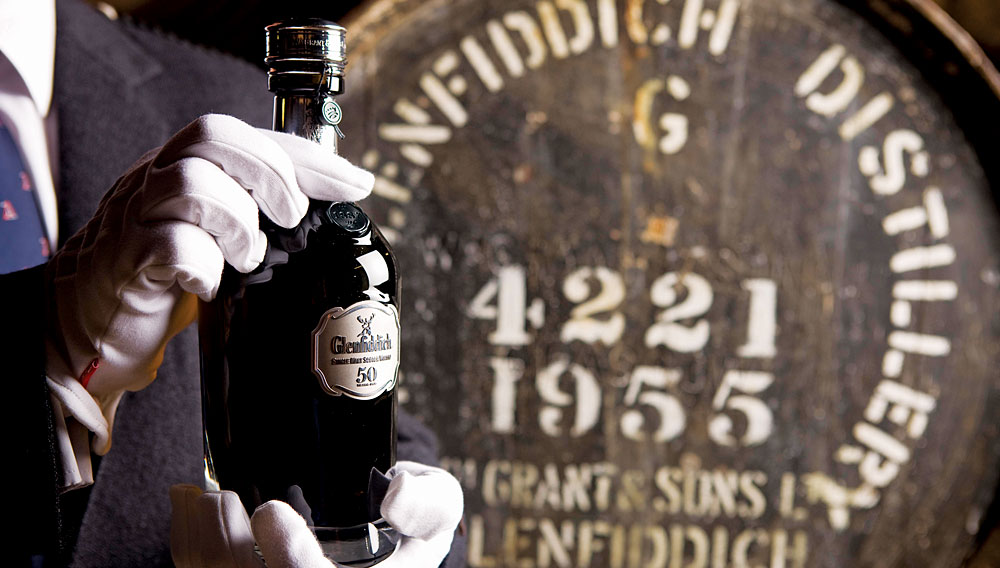 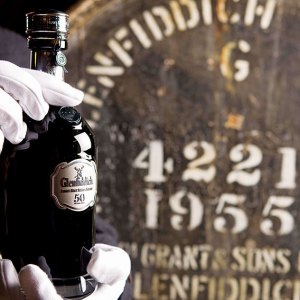 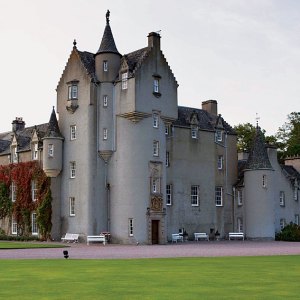 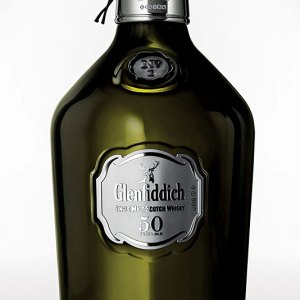 A private tour conducted by malt master Brian Kinsman and semi-retired malt master David Stewart of the Glenfiddich Distillery, where the recipient and a guest will learn firsthand how the world’s most awarded single-malt Scotch whisky is produced before selecting a personal vintage cask to own.

A rare bottle of the Glenfiddich 50 Year Old.

Two nights’ accommodation at Ballindalloch Castle, home since 1546 to the Macpherson-Grant family, who will host a dinner in the recipient’s honor.

First-class roundtrip air travel for two from any U.S. city to Edinburgh.

One night’s stay and dinner at Edinburgh’s renowned Prestonfield hotel. A guided tour of Edinburgh Castle.

Private roundtrip helicopter rides from Edinburgh across the Scottish Highlands to the Glenfiddich Distillery in Dufftown.

A private tour of the historic Johnstons woolen mill and a traditional Scottish lunch with the owner.

While technology and the global nature of modern economies have accelerated the cycles of most industries, a few businesses continue to operate more or less as they did a century ago. Of these, none moves at a more measured pace than a Scotch malt-whisky distillery, where malt masters toil to perfect whiskies that will not reach the outside for decades to come. The recipient of this gift will have the unique opportunity to enter this timeless world and learn the complex art of crafting fine whisky from Scotland’s longest-serving and most experienced malt master, David Stewart, who has spent the past 47 years at William Grant & Sons, owner of the Glenfiddich Distillery, among others. Stewart is the fifth malt master to follow in the footsteps of the firm’s eponymous founder, who distilled the first spirit on Christmas Day 1887 and oversaw its stills until his death 36 years later at the age of 83.

The recipient and a guest will travel to Edinburgh, Scotland, and from there to Dufftown, where they will explore the production of Glenfiddich single-malt whisky with Stewart and Brian Kinsman, who recently succeeded Stewart and is now the company’s sixth malt master. The recipient will be invited to select from the cellar a vintage cask that will then be bottled exclusively for him or her. These bottles, each of which will bear a personalized label, will be shipped to the recipient with the original cask.

The recipient will also receive a bottle of Glenfiddich 50 Year Old (valued at $16,000), a limited-edition blend of which only 50 bottles will be released worldwide each year for the next eight years from a stock of just 400.

“Our independence enables us to do things differently and focus on the liquid above all else, a sentiment embodied in the flawless quality of this single malt,” says Peter Gordon, the company chairman and a fifth-generation descendant of William Grant.

While visiting Glenfiddich, the recipient and guest will spend two nights at Ballindalloch, one of Scotland’s few remaining privately owned castles, where the Macpherson-Grant family will host a dinner in their honor. While at Ballindalloch Castle, the guests will be treated to a falconry display, as well as a private tour of the nearby woolen mill belonging to Johnstons, maker of rare cashmere garments, followed by a Scottish lunch with the mill’s owner. Established in 1797, Johnstons was a pioneer in creating the fine cashmere and vicuña textiles for which Scotland is now renowned. The firm has played a key role in the region’s history, and, like William Grant, continues to uphold the long-standing cultural traditions that enrich the Scottish heartland.