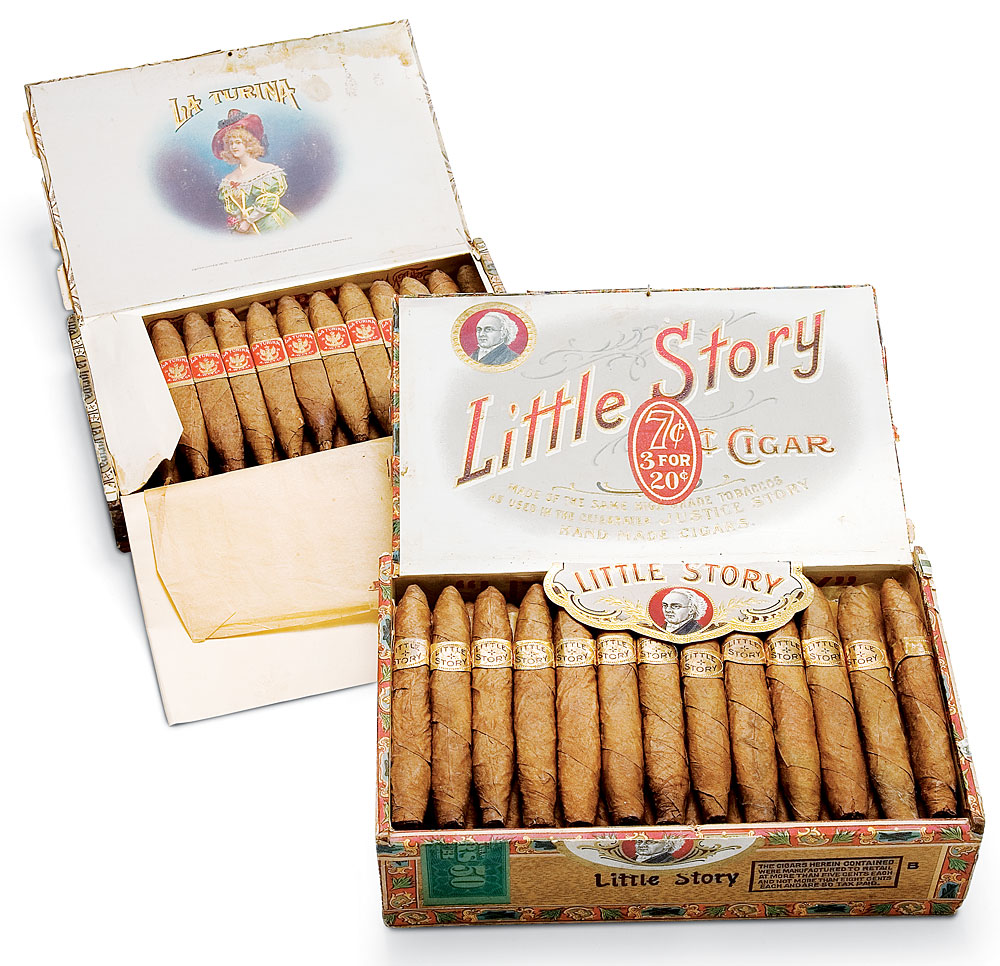 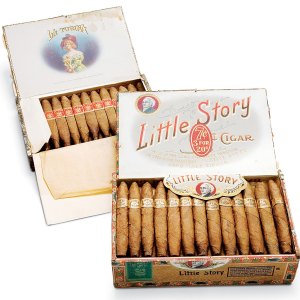 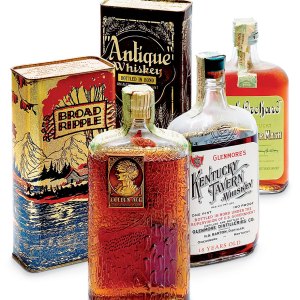 Nothing gives David Haddad, the 46-year-old founder of Fumar Cigars, more pleasure than pairing his company’s cigars with the appropriate whiskeys. “Today,” Haddad says, “with modern cigars and whiskey, it’s all about the fat content in the food you’re going to eat. It’s a technical science. What I do is a little more romantic.”

Fumar, which Haddad established in 1996, in Phoenix, Ariz., supplies vintage cigars and spirits to private clients and to high-end hotels and resorts. Haddad designed this gift to allow for one drink and one cigar for each workday of the year—presuming you work five days a week, which might be a romantic notion.

The five pints of Kentucky bourbon that Haddad is offering as part of this gift were distilled during the Prohibition era. They were aged for 12 to 18 years and then bottled at 100 proof at various times during the period from 1929 through 1934. The bourbons—Broad Ripple, Golden Age, Antique Whiskey, Kentucky Tavern Whiskey, and Crab Orchard—are in bottles bearing stamps and dates affixed by the Department of the Treasury, which sanctioned the sale of whiskey for medicinal purposes only and required a prescription from a licensed physician for its purchase. Haddad claims the bottling process yielded a very stable product. “The edge is softened, but it tastes much like it did,” he says. “Aged in wood as these were, there is a distinct flavor of oak, caramel, nuts, and leather.”

Haddad has paired the bourbon with 100 clear Havana cigars—so-called because the tobacco was imported to the United States from Cuba before the embargo went into effect in 1962—from the now-defunct New Currency brand, and 75 cigars (from the American Eagle and Little Story brands) made in the 1920s from American-grown tobacco.

Haddad possesses hundreds of boxes of preembargo Cuban cigars, but only one of Cuban tobacco rolled in Puerto Rico; that box, filled with 25 La Turina cigars produced in 1936, constitutes part of the smoke portion of this gift’s second pairing. He also will include 25 La Portunado cigars, which were made in Cuba prior to the embargo. “The cigars are very rare,” Haddad says of the La Turinas. “They were made in a factory in San Juan that does not exist anymore.” Haddad will complement the La Turinas and the La Portunados with a gallon of Bacardi Carta Blanca Superior Rum that was bottled, in wicker-encased glass, in 1936 in the Cuban city of Santiago de Cuba. “The flavor is deep, rich caramel and cooked vanilla, with hints of cocoa and molasses,” says Haddad, who found a collection of seven bottles of 1936 Bacardi—four spiced varieties, two Carta Blancas, and one Carta Blanca Negro—in a barn during a trip to the Dominican Republic in 1999.

The cigar and spirits pairings come with a collection of Prohibition-era paraphernalia, including an item that Haddad is reluctant to relinquish: a vintage poster promoting temperance. “My great-grandmother was a Woman’s Christian Temperance Union precinct chairman in Medina County, Ohio, back in the early 20th century,” he explains. “The poster, which dates from the year 1912, was hers. It says, in both English and German, to vote for Prohibition, because workers will produce more.”

Haddad is not sure which items in the gift his great-grandmother would have found more objectionable, the whiskey or the bordello coin that entitles the bearer to whiskey, tobacco, or time with one of the ladies of the house.

“I had a little fun with these pairings,” says Haddad. “Unlike other Southern states, Kentucky never grew any tobacco. It would have interfered with all the corn being grown to produce whiskey. And Bacardi was made in Cuba until the 1950s, so you have the Puerto Rico–made Cuban tobacco cigars paired with Puerto Rico rum made in Cuba. As you see, this is not a technical exercise. A marriage of historical Americana is really the essence of what we are selling.”

Seventy-four years after Congress repealed the Volstead Act, ending 14 years of Prohibition, David Haddad still is dealing with its legal ramifications. The three state liquor commissions he approached in the middle 1990s all told him his Prohibition-era whiskey was in legal limbo, according to the laws controlling the sale of alcohol in the United States. “They all said none of the distillers or wholesalers existed, and the retailers, which were pharmacies, weren’t even licensed to sell liquor, so the product did not qualify as liquor,” explains Haddad. “They told me I couldn’t sell it, but it could be given away as an antiquity or a medicinal.” Thus, Haddad technically does not sell his Prohibition-era spirits; he gives them away—to clients who purchase his preembargo Cuban cigars.