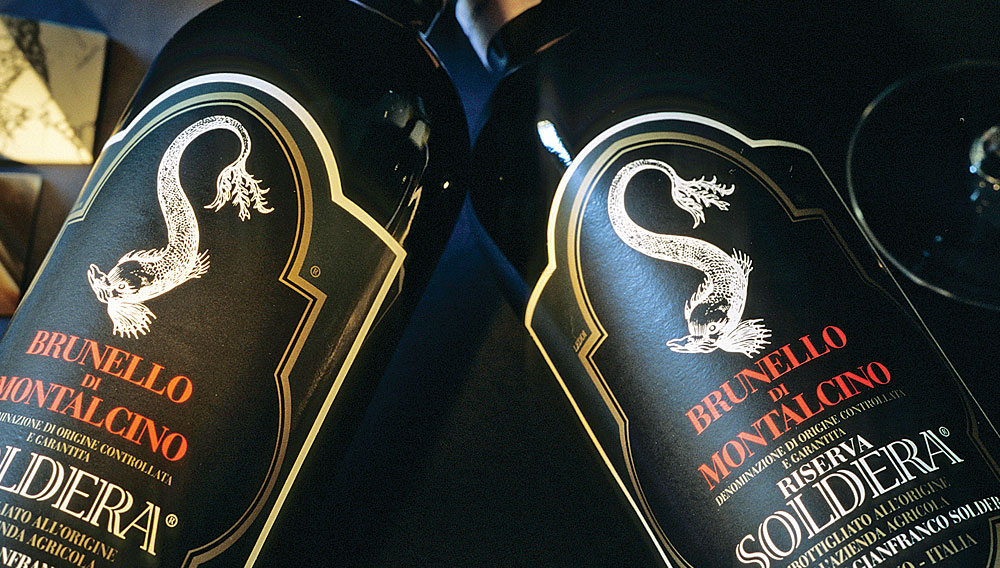 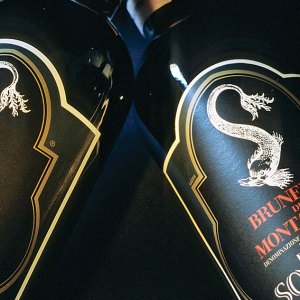 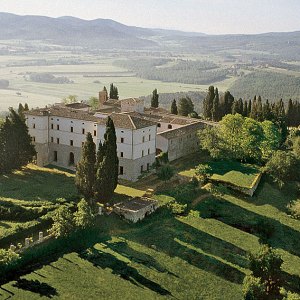 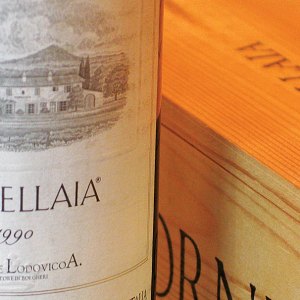 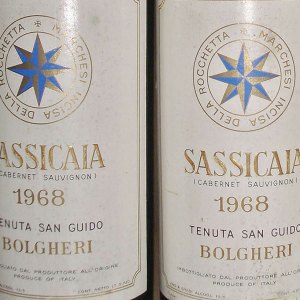 A vintage Italian wine and white truffle experience for four at Italian Wine Merchants’ Studio del Gusto in New York with owner Sergio Esposito, one of the leading authorities on Italian wine in the United States.

Private air travel for four to Tuscany through Sentient Jet.

Two weeks’ accommodation at an exquisitely restored, centuries-old Tuscan farmhouse on the Castello di Casole property near Florence. Includes a private chef and a cooking class, as well as luxury transportation to all destinations.

Vertical tastings of vintage wines not available in the United States, conducted by Sergio Esposito and the respective winemakers at Biondi-Santi and Case Basse di Soldera.

Round-trip helicopter transport from Chianti Hills to the Bolgheri coastline, to visit the Super-Tuscan pioneers for a wine tasting at Tenuta San Guido (Sassicaia) and Tenuta dell’Ornellaia.

A day in the cellar and in the vineyards at Castello di Casole with Piero Incisa della Rocchetta (Tenuta San Guido and Bodega Chacra), followed by a Tuscan dinner with him and his limited-production Pinot Noirs from Bodega Chacra.

A day in Chianti at Castell’in Villa and Antinori.

A hot-air-balloon ride over the Tuscan countryside.

Although Italy’s winemaking traditions date back many thousands of years, Italian wines for generations failed to achieve the reputation for quality and age-worthiness enjoyed by those from Bordeaux and Burgundy. In the mid-1940s, however, the seeds of change were planted when Mario Incisa della Rocchetta, owner of Tenuta San Guido in Bolgheri, decided to experiment with international grape varietals, most notably Cabernet Sauvignon. He intended to harvest from his vineyard a new style of Italian wine, but the wider world would not have the opportunity to sample the fruit of his labors until 1968, when he released his blend of Cabernet Sauvignon and Cabernet Franc, Sassicaia, the first Super Tuscan.

“Tuscan wine has spearheaded the renaissance that has taken place in Italian winemaking,” says Sergio Esposito, founder and owner of Italian Wine Merchants (IWM), the leading U.S. specialist in Italian wines, which has locations across the United States, as well as in Mexico City and Hong Kong. “Wines like Sassicaia have repeatedly shown they can challenge the First Growths of Bordeaux. And Brunello from the likes of Biondi-Santi have shown the world that these are wines that can age 100 years.”

To showcase the beauty, elegance, and longevity of Tuscany’s fine wines, Esposito and his team have assembled for one recipient the world’s rarest collection of wines from that region. The collection comprises 1,800 bottles from the 30 top producers of Super Tuscan blends and Brunello di Montalcino. Highlights include a rare vertical of 38 vintages (3 bottles for each year) of Sassicaia that encompasses the wine’s entire history, from the inaugural 1968 bottling to the newly released 2006 vintage. IWM has also secured for the recipient one case each of the finest vintages of Tenuta dell’Ornellaia’s Masseto (1995, 1997, 1998, 1999, 2001, 2004, 2005, and 2006). From Brunello pioneer Biondi-Santi, the recipient will receive six bottles of the extremely rare 1955 vintage, as well as six bottles each of 1964, 1975, 1975, 1982, 1985, 1988, 1990, 1995, 1997, 1999, and 2001. IWM has included one case each of Case Basse di Soldera’s Brunello Montelcino Riserva from the 1990, 1991, 1993, 1995, 1997, 1999, and 2001 vintages, as well as numerous other treasures. (A list of the entire collection is available to interested buyers.) IWM will upload a list of all of the wines (along with any existing wines in the recipient’s cellar) onto its proprietary cellar-management software, which stores and tracks inventory online.

The recipient and three guests will join Esposito for a white truffle and vintage wine experience at IWM’s Studio del Gusto—which provides the ambience of a true, rustic trattoria at the company’s New York address—to kick off their two-week sojourn. The group will travel by private jet to Tuscany, where they will stay for two weeks in a historic farmhouse on the Castello di Casole property (pictured), the newest addition to the Timbers Collection portfolio. IWM has arranged an exclusive itinerary for their visit, which includes a winemaking lesson from Piero Incisa della Rocchetta, grandson of the founder of Tenuta San Guido, and a hot-air-balloon flight over the sun-drenched Tuscan countryside.

Blackout dates do apply; dates for the trip are subject to availability. Because many of the wines are stored at the winery, the buyer should allow three months for the wine-collection packages to arrive from the time of purchase. To protect the integrity of the wines, Italian wine merchants will not ship during extreme weather conditions. Because of the seasonality of white truffles and their limited availability, the white truffle dinner at IWM is redeemable through January 31, 2010. The dinner may also be held at IWM’s location at the Little Nell resort in Aspen, Colo. The buyer may opt to schedule the trip and the dinner at separate times of the year.