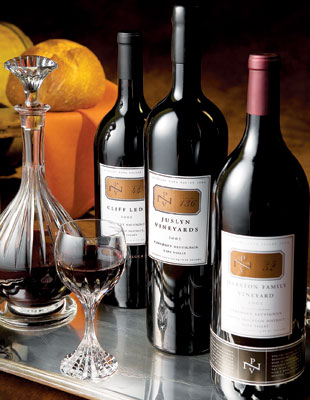 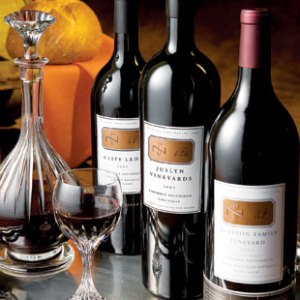 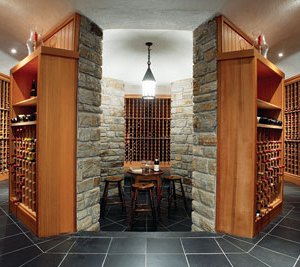 The business attire for Napa Valley wine finder Mark Steven Pope includes jeans—Wranglers, in fact—rather than a suit. His sartorial choice stems from an observation he made during his previous two-decade career as a pharmaceutical company executive, a position that often required him to dine with and entertain clients. “The executives seemed sheepish about their wine knowledge,” he recalls. “I thought, why not have a fun, irreverent voice in wine?”

Pope became that voice in 1994 when he founded Bounty Hunter, a company that searches for select wines and offers them through the catalog that it publishes twice yearly. Pope’s approach to wine apparently is as successful as his talent for spotting vintages, because Bounty Hunter’s growth has been swift. The catalog’s first edition, which appeared in December 1994, included 45 wines in its 16 pages and had a press run of 40,000 copies. The most recent catalog, published in September 2005, described 175 wines on 34 pages and had a press run of 1.5 million copies.

Pope, 54, estimates that he and his sales staff, whom he calls “wine scouts,” taste 4,000 wines per year (about 1,500 of which come from California), and he says that Bounty Hunter sells only 10 percent of what its staff tastes. “What we’re about is discovery,” he says. “Our job is to kiss the frogs. We suffer for your benefit, but the research is not pure hell.”

Joking aside, Pope and his team distinguish themselves by attempting to deduce what you will want to drink next, as well as what you want to drink now. In assembling this gift, which also includes attendance at an exclusive auction and a newly constructed, fully stocked wine cellar, Pope will practice this concept, which he calls the “continuum of wine enjoyment. “If we understand what your palate is, we can suggest things for where you want to end up,” he says. Palates evolve, he explains, citing the example of a person who initially enjoys round, rich, oaky wine and then, over time, develops a preference for crisp, mineral-laden vintages. “In truth,” he says, “nobody trades down in wine.”

This package includes attendance at the Premiere Napa Valley wine auction, a trade-only event held by the Napa Valley Vintner’s association each February at Greystone, the Saint Helena, Calif., campus of the Culinary Institute of America (CIA). The lots are made expressly for the auction, and proceeds go to charity and educational endeavors. You will attend as the guest of Bounty Hunter, and the firm’s officials will bid on your behalf.

Examples of lots that Bounty Hunter purchased at the February 2005 auction include five cases of a 2003 barrel-fermented Cabernet Sauvignon by Bob Levy of Harlan Estates, and 10 cases of 2003 Joseph Phelps Vineyards Backus Premiere Cabernet Sauvignon.

Bounty Hunter will arrange attendance at private advance wine tastings with winemakers who will participate in the 2006 event. Also, it can arrange meetings with winemakers of your choice, such as Shari and Garen Staglin, vintner/owners of Staglin Family Vineyards; Heidi Barrett, winemaker at Showket; Greg and Petra Martin, vintner/owners of Martin Estate; and Boots Brounstein, co-owner of Diamond Creek Vineyards.

You will house your auction acquisitions in a new wine cellar that Grotto Custom Wine Cellars of Oceanside, Calif., will build. Grotto can create, for example, a 10,000-bottle cellar with separate rooms for reds and whites and sparkling wines, all connected by a tasting room.

Bounty Hunter will assist you in filling this cellar, case by case, with selections that suit your palate. In addition to a wealth of wines from California, possible cellar choices include Château Lafite, Château Margaux, Château d’Yquem, Domaine de la Romanée Conti, Roederer Cristal Champagne, and Penfolds Grange.

The wine cellar will take a minimum of three months