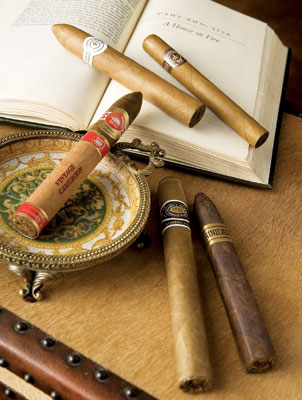 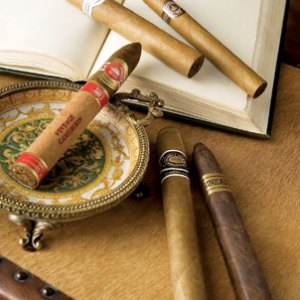 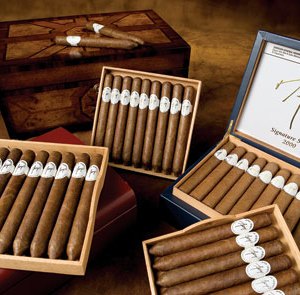 Every year, English designer David Linley’s 20-year-old namesake company produces what he calls “extraordinary” pieces—as many as five unique items of furniture, decorative objects, or other accessories. For 2005, the firm created a humidor that celebrates several splendid 19th-century palaces located near the Bosporus Strait, a geographic feature that marks the boundary between the continents of Europe and Asia and is straddled by the country of Turkey. Each of the humidor’s four sides displays a ceremonial gateway to a different Turkish palace, says Linley, who visited the country twice in May. “I wanted to incorporate as much architecture and history as I could in the humidor,” he says. “If I had used one palace, everyone would have assumed that it was my favorite. I have lots of favorite buildings there.”

Linley and his team of artisans selected the palace gates as a unifying theme for the decorative images on the humidor. All four sides display complicated examples of marquetry, an artistic technique that involves inlaying and integrating shaped sections of wood veneer into a panel that is incorporated into a larger piece. One side of the humidor depicts the Kucuksu Palace and the remarkably complex, feathery decorations on its square columns. “The marquetry [on the humidor] is as tricky as it comes,” Linley says. “The more intricate and detailed it is, the more likely it is to break.”

Inside this humidor are equally exclusive cigars filled with the private blend of Jose Seijas, who rose through the ranks at the Tabacalera de Garcia factory in the Dominican Republic and created memorable cigars for Montecristo, Romeo y Julieta, H. Upmann, and others. The Jose Seijas Limited Edition cigars come in two sizes: a 52 x 61¼8 and a 48 x 61¼2 perfecto. The former features a blend of filler tobaccos from the Dominican Republic, Peru, and Nicaragua, and the latter has Honduran tobacco in place of the Nicaraguan. The binders for both are aged Olor tobacco from the Dominican Republic, harvested in 1999, and the wrappers are made from Ecuadoran-grown, Sumatra-seed tobacco. Seijas, who smokes two or three of these cigars per week, says the aroma is wood and the taste is neither bitter nor dry. “It’s the sum of things I like in particular about cigars,” he says. “It has a lot of character and contains the best of the best tobaccos.”

In addition to 1,000 Seijas cigars (500 of each size), you receive 100 cigars apiece of Montecristo  Whites, Romeo y Julieta Anniversarios, Montecristo Classics, Trinidad Maduros, and H. Upmann Vintage Cameroons, all of which were blended by Seijas.

A seaward view of the Bosporus bridge appears on the Beylerbey Palace side, which is decorated with sycamore, padouk, and burr ash. This particular panel conceals a secret drawer containing a stainless steel Zeto cigar cutter.

The Ciragan Palace side depicts one of the palace’s seaward entrances in walnut, burr ash, Bombay rosewood, and sycamore. It also incorporates a secret drawer that contains a stainless steel S.T. Dupont lighter.

The price is approximate and does not include the cost of shipping.