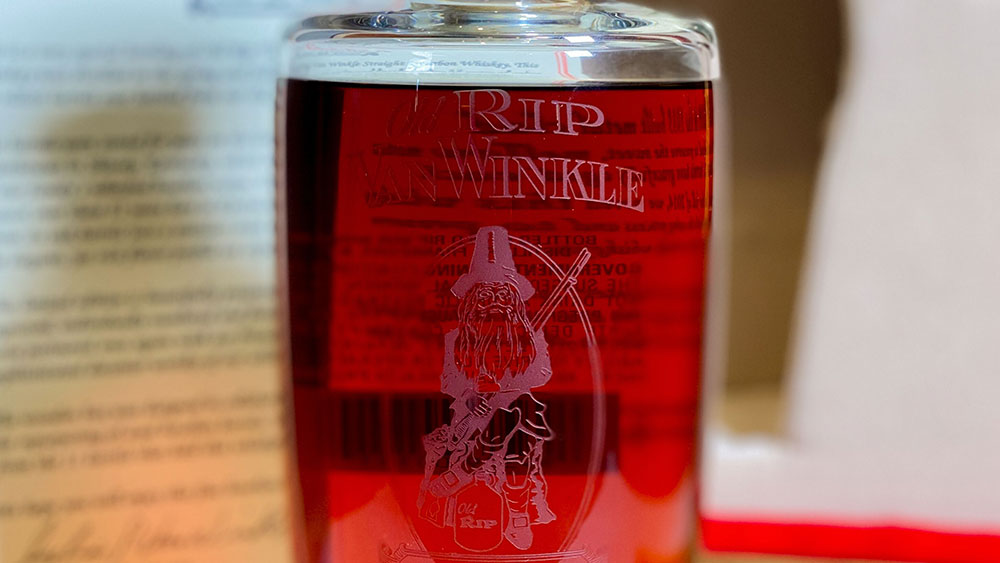 In this new world of social distance, chefs (the ones still working) are on a tear of takeout creativity. It’s safe to say, though, that one takeout menu—from Florida’s Datz, known for its inventive comfort food—has bested every other menu in the country with its newest offering: a bottle of 25-year-old Pappy Van Winkle bourbon valued at $20,000. (If you’re a Tampa local, pair it with Datz’s Porkfection sammie, piled with pulled pork, sliced ham, pork belly, white cheddar, tobacco onions and firecracker sauce—three forms of pork can’t help but make nice with a 25-year-old bourbon.)

Datz proprietor, Suzanne Perry, dipped into her own stash to offer the rare Pappy, in support of more than 300 people she has had to lay off (the original Datz in Tampa is now part of a network of eateries in Florida). “Datz is my home,” she says, “and I consider everyone who works there a part of my family. Selling the 25-year-old Pappy Van Winkle whiskey and my personal collection of elusive spirits is what I thought would be the fastest way to turn stock into cash, and if someone purchases it, that would be way more fulfilling than cracking it open myself.” The proceeds will be shared among employees to lighten hard times just a bit.

The bottle in question—Old Rip Van Winkle Straight Bourbon Whiskey, bottle number 413 out of 710—was distilled in the spring and fall of 1989 and aged for 25 years before being bottled. In fact, those were the oldest barrels the family distillery ever bottled. If you’re not in drive-up distance of Datz in Tampa, you still have a crack at the rare Pappy here. Use the discount code Here4U, and the price will drop to $17,000.

The interior of Datz in Tampa.  Photo: Courtesy of Datz

Perry has just added a “Quarantine Connoisseur” section on her takeout menu which includes, among other things, a handmade vodka from the oldest distillery in Mississippi (Cathead Honeysuckle, it’s called) and a Bayou Satsuma Rum Liquor. Also new this week on the menu are cocktail kits to-go. For collectors, there will be more treasures from her personal collection, Perry tells us. Possibilities: WhistlePig’s Boss Hog the Black Prince Edition IV, Little Book Chapter 02, and Wild Turkey Master’s Keep Decades. A fine way to support those who’ve served us in happier times.