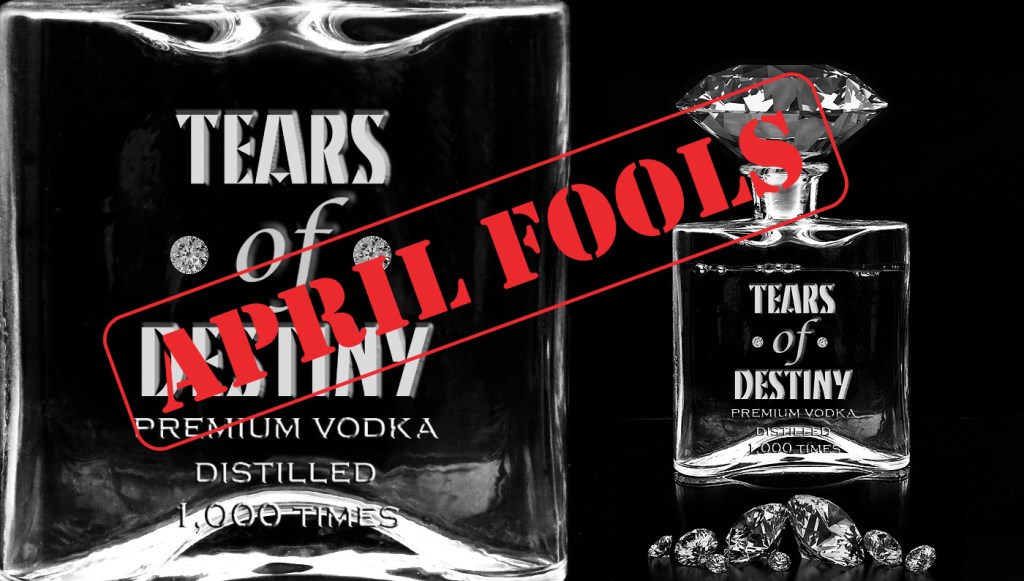 Many top-tier vodka labels boast about the smoothness of their spirit—going so far as to triple- and even quadruple-distill the liquor to minimize the bite characteristic of lower-end products. But when compared to the newest luxury vodka on the market, these efforts seem trivial. Tears of Destiny vodka is distilled an astonishing 1,000 times and filtered through crushed diamonds, ensuring each sip is as smooth as silk.

“I had tried everything on the market and nothing delivered—everything was a gimmick,” says Anders Helberg, founder of Tears of Destiny. “I knew I could do better. I could create a vodka so pure, you might mistake it for water.”

So the Swedish entrepreneur did just that. In 2007 he embarked upon a world tour, visiting distilleries and learning the idiosyncratic techniques he would need to manifest his dream. While touring a small-batch producer in Mongolia that specializes in triple-distilled vodka, he had a revelation: “If triple-distilled is better than double-distilled, and quadruple is better than that, why not distill the vodka 1,000 times?”

Over the next several years, he courted investors to secure the capital necessary to embark on his elaborate venture. Most gave the proposal a chilly reception; they were not convinced that the extra distillation would have much effect on the vodka. “Those fools!” Helberg yells. “They had no vision!” Eventually, he met Argentinian angel investor Santos Vega, who immediately saw the potential in Helberg’s process. His $50 million infusion into the company allowed Helberg to set up a distillery outside of Hälsingfors, Sweden, and a hothouse wheat field in Antarctica—the purity of the arctic air and the volcanic-ash-infused soil ensuring only the finest yield.

Because it is distilled 1,000 times, each batch of Tears of Destiny takes over two years to complete. Once the final distillation is complete, the spirit is filtered through crushed diamonds to ensure the utmost purity. Finally, glacier water flown in from Patagonia (thanks to Vega’s contacts) is added to the final product to bring it to proof. The vodka is then bottled in handblown crystal decanters sourced from a small village in the Czech Republic.

At a launch party in late March, a select group of journalists, retail buyers, and connoisseurs became the first people in the world to try Tears of Destiny—and the consensus was universally positive. The group raved about the vodka’s simple elegance, saying it was unlike anything they had ever tasted. Helberg is elated that people are finally enjoying the fruits of his labor—just make sure to drink it neat. “My vodka is only meant to be experienced on its own,” he says, his eyebrows rising. “One of the journalists at the launch tried to put an ice cube in it. He was immediately escorted out. That is a personal insult!”

Tears of Destiny will be available in the United States this summer at a price of $30,000 a bottle. Only 100 bottles will be produced. (tearsofdestiny.com)