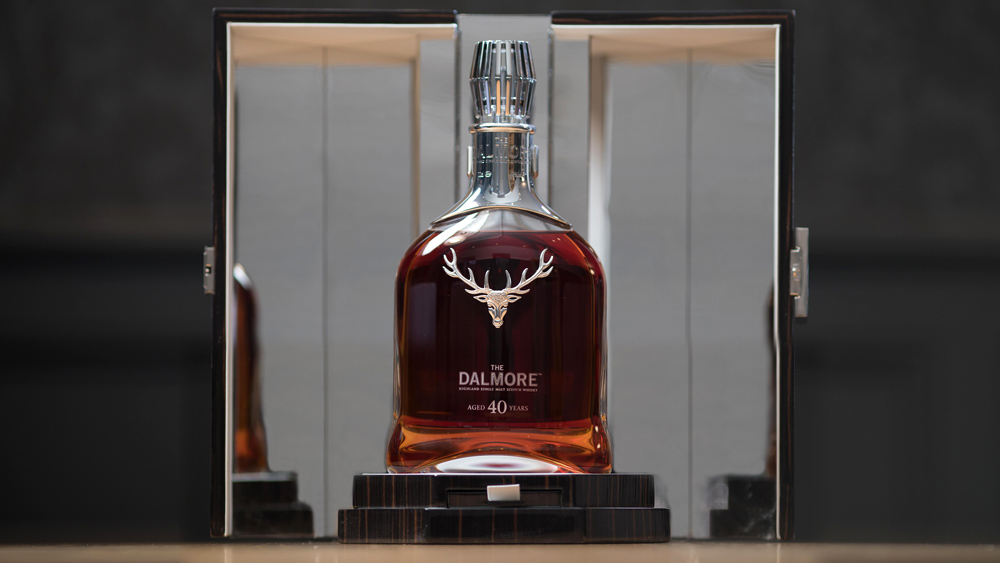 Hot on the heels of its 50-year-old expression honoring master distiller Richard Paterson’s 50th year in the whisky business, The Dalmore will release yet another rare and exceptional spirit at the end of August: The Dalmore 40 Year Old (price upon request). Like the 50, this scotch was aged in a mix of casks, starting its maturity in 1977 in former bourbon casks made from American white oak . It was then transferred into 30-year-old Gonzalez Byass Matusalem oloroso sherry butts before being finished in first-fill bourbon barrels.

All this movement between casks creates an amber liquid temptingly scented with coffee and candied orange. Gingerbread spice and honey tastes mingle with more citrus, ripe apples, and some licorice.

“With each new release, I strive for depth and complexity,” says Paterson, “pushing the boundaries of whisky making. It takes time to create an expression as complex as The Dalmore 40 Year Old, moving the rare stocks of whisky between casks to build layer upon layer of character.” Paterson perfected this process of barrel transfer during the creation of the 50 Year Old expression, which was aged in a total of five different casks.

Befitting the beautiful and delicious spirit within, the crystal decanters were hand-blown by the French glassmakers at Baccarat and decorated with the Scottish distillery’s signature 12-point stag emblem in silver, made by the jewelers and silversmiths at Hamilton & Inches. Only 750 bottles of the Dalmore 40 Year Old will be released this year around the world.