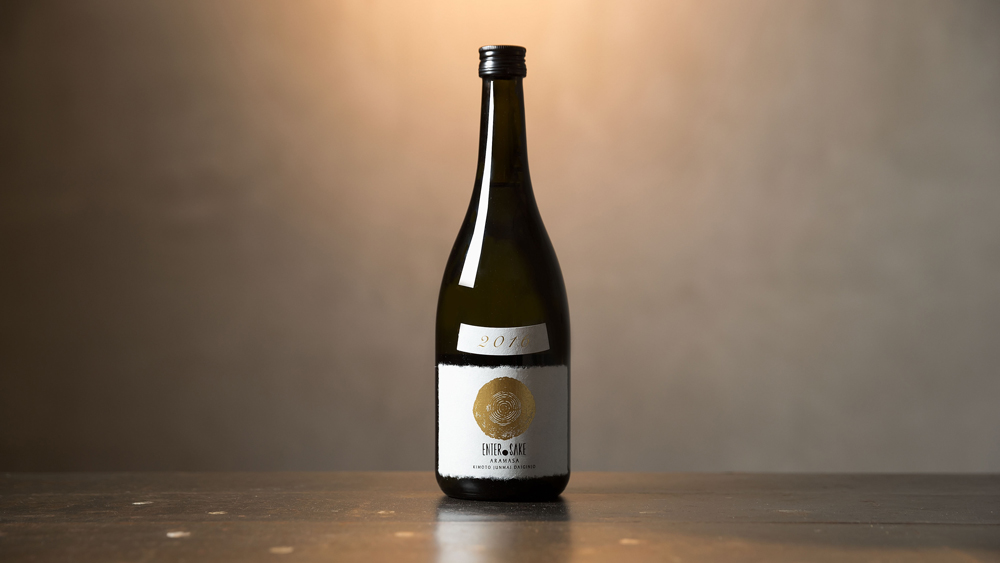 Whether you’re exploring the wonders of Japan by superyacht or just planning to have a bite of that Japanese fish that sold for over $300,000, sake, of course, is the natural drink to have in your hand.

And junmai daiginjo is the grand cru of the premium sake world. Made with rice polished to a minimum of 50 percent—meaning that at least half of the rice grain is discarded before brewing begins—these extravagant varieties are typically fruity, fragrant, and elegant. The word junmai (pure rice) indicates that the sake contains no distilled alcohol, which is added in small quantities to create lighter styles. Junmai daiginjo brews are typically fuller-bodied and higher in acidity than their alcohol-added daiginjo counterparts, with enough poise and muscle to stand alone as an aperitif or pair with food. Here are five top-shelf junmai daiginjos to try this season.

A limited-edition collaboration between cult producer Aramasa Shuzo in Akita Prefecture and Enter.Sake, techno deejay Richie Hawtin’s boutique sake line, Enter.Sake Aramasa, is made using a labor-intensive ancient method called kimoto-zukuri, which lends greater complexity. Fermented in barrels made from 130-year-old hinoki (Japanese cypress) trees and then aged briefly in oak casks, the sake opens with a burst of lively acidity, with tropical fruit and taut umami mid-palate. Only three tanks were produced—one for distribution in Japan and two for export.

Brewery president and master brewer Takaaki Yamauchi met his destiny when he took over Huchu Homare—his family’s 164-year-old brewery in Ibaraki Prefecture—and embarked on a mission to revive a fickle ancient rice strain called Watari Bune. Watari Bune Junmai Daiginjo ($140 for 720 mL) shows the heirloom variety at its refined best. Aromatic, layered, and marvelously balanced, the sake offers flavors of honeydew and stone fruit on the palate, with a silky texture and a crisp finish.

Start-up Nihonshu Oendan takes a phantom-brewer-style approach to sake making, collaborating with producers across Japan to create a series of small-batch brews that reflect the unique terroir of each region. All of the company’s sakes are unpasteurized, undiluted, and bottled without charcoal filtration, resulting in a bold, fresh style. Produced at 150-year-old brewery Kazuma Shuzo in Ishikawa Prefecture, Noto brims with juicy acidity and rounded umami, with bright flavors of green apple and Asian pear and a dry finish. The 2018 vintage was pressed in February for release in March.

Established in 1688, Miyagi Prefecture’s Katsuyama Shuzo was the first brewery to use a centrifuge, rather than traditional pressing methods, to separate the sake from the lees for its top-of-the-line Diamond Akatsuki ($550). The sake is complex and smooth, with fine structure and notes of yuzu citrus and stone fruit, followed by a touch of minerality on the finish. Like all of the sake in the Katsuyama lineup, the Diamond Akatsuki marries beautifully with both Japanese and Western cuisine.

In 1992, cutting-edge brewer Asahi Shuzo, in the western prefecture of Yamaguchi, made history with Dassai 23, a sake brewed with rice milled to 23 percent of its original size. As the name suggests, ultra-premium Dassai Beyond ($600) pushes the envelope further. Although production methods remain shrouded in secrecy, the luxurious brew boasts a lower polishing rate and extremely limited availability. Rich and velvety on the palate, the sake is off-dry and fruit-forward with floral aromas on the nose and mouth-filling umami.