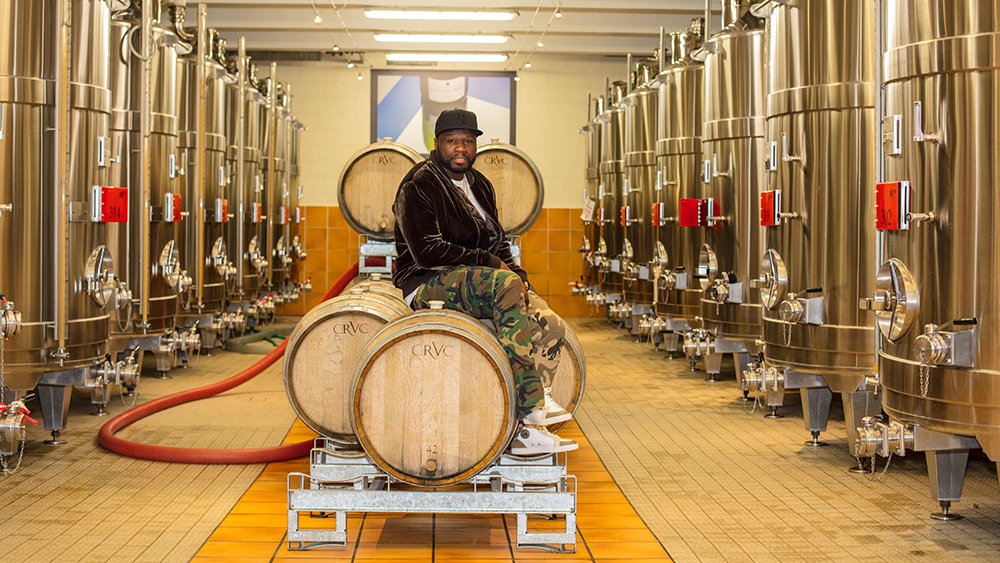 He may have started his career as  a rapper, selling 15 million copies of his album Get Rich or Die Tryin’, but 50 Cent, a.k.a. Curtis Jackson, has since become an explosive force in entertainment and business. The Grammy Award winner launched G-Unit Film & Television and has been both actor and executive producer for the long-running series Power, which is the No. 1 show on Starz, and has appeared in a number of films. His new drama, For Life, will air on ABC in early 2020.

Beyond his entertainment career, 50 caught the start-up bug early, investing in Vitaminwater, which was sold to Coca-Cola for $4.1 billion. His other ventures include footwear, headphones, Casper mattresses, Le Chemin du Roi Champagne and Branson Cognac.

He also still records new music—“Crazy” is his latest release. In 2020, 50 Cent will get a star on Hollywood’s Walk of Fame.

I picked grapes in Champagne. I was cutting the bunches from the vines but thinking, “There’s a machine that does this, right?”

Instagram and the Starz app. I watch my television shows ahead of when they air, but then like to watch it with everyone and imagine how they’re feeling.

A man I met said you can’t do business with people who haven’t had success already. If there’s too much hunger there, they’ll jump at the chance to take advantage of you.

Sneakers. Like the Raf Simons ones I’m wearing now.

A sidecar, but I don’t know how to make it.

Snoop’s first album. I listen to him to work out. I like to hear the whole record, rather than just one song, because it feels like it’s one thought. There’s a rhythm he got into.

What do you collect?

Cars. I’m running out of places to park them.

Making good choices repeatedly. In the beginning I would have just wished for my music to be successful. But now I’ve learned so much about myself, I’d wish for repeated confirmation of success for many things.

Dancing. If I could dance like Chris Brown, I’d be the shit. I’d be the new Michael Jackson.

I train every day, but can’t go too long because then I lose weight and I’m trying to put weight on for my ABC show. I like to run three to four miles. Once I get the music on, I can go and go.

If you could stick at one age, what would it be and why?

When I went to Atlantic City with my grandfather for three days.

A friend of mine is on this self-love kick. She was struggling with her relationships. I told her you can only expect back what you offer. Put more of yourself into it.

Which are your regular tables in LA when you’re there?

I should have my name carved into the tables at Mr. Chow, Soho House and Nobu. My new favorite is the San Vicente Bungalows.

My own bed in my own house.

Hulu’s Wu-Tang series and Escape at Dannemora on Showtime.