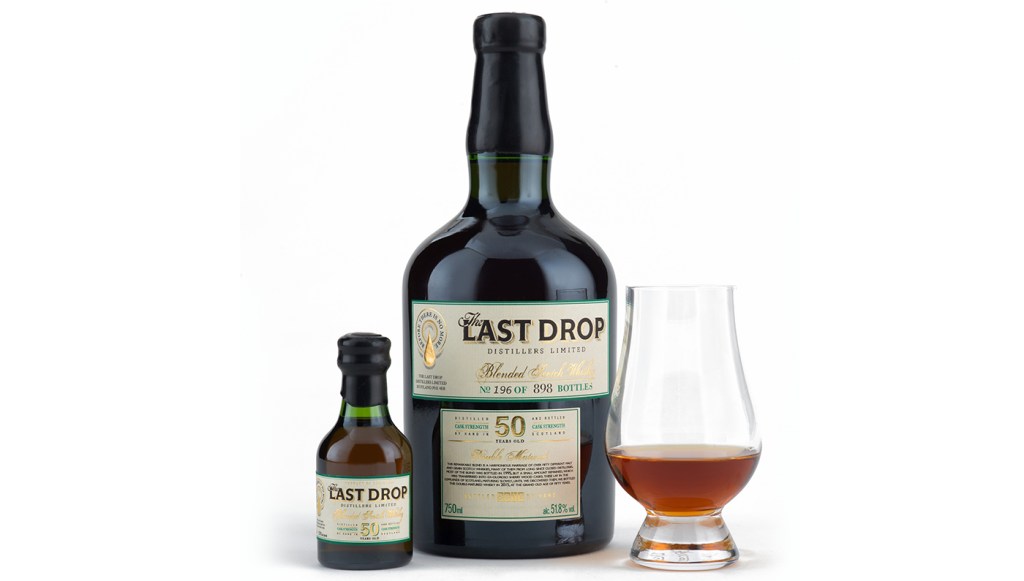 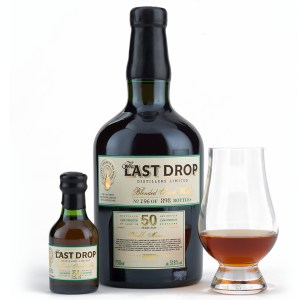 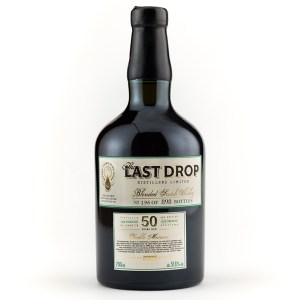 Among serious whisky drinkers and collectors, blended whiskies generally take a backseat to single malts. The reasons are many, from matters of taste (blends usually employ a good deal of grain whisky along with a combination of single malts, making the finished product lighter and smoother—and less distinctive) to simple snobbery (single malts are a small, and often pricey, segment of the whisky market compared to blends). Of course, there are exceptions—blended whiskies that even the most obstinate single-malt aficionado would covet.

Some of the most stunning blends have come from The Last Drop, a company founded in 2008 by a trio of whisky industry veterans and headed by James Espey, whose work with Johnnie Walker, J&B, and Chivas Regal, among others, earned him an appointment to the Order of the British Empire (OBE). Espey and company track down rare and extraordinary old spirits and release them in minute editions, usually less than 1,000 bottles worldwide.

The Last Drop’s latest bottling comes from more than 50 different single malts and grain whiskies, which were originally married together in ex-bourbon casks in 1995 for release in the Japanese market as a 30-year-old blend. That means the youngest whisky in the blend was distilled in 1965 (though it’s likely that older expressions were also used). After the 1995 bottling, a small amount was held back and laid down for further aging in the Scottish Lowlands, this time in casks that had previously held oloroso sherry. Two decades later, the whisky chrysalis has reemerged as The Last Drop 50-Year-Old Double Matured ($4,500).

There aren’t many 50-year-old whiskies out there for a reason—a half-century in oak can often overwhelm the whisky’s subtler flavors, making the final product taste like an oak stave in a glass. Not so, however, with the 50-Year-Old Double Matured. It comes on surprisingly round and lively, full of honey and fruits like dark cherry and blueberry. The sherry influence is most evident on the back of the palate, when rich, slightly tart raisin notes come to the fore. The dry, oaky spice does make itself felt, especially on the finish, but it’s gentle and warm rather than harsh and hot—a small miracle considering the age of the blend.

The bottle is housed in a forest-green leather case and comes with a signed certificate of bottling. And because The Last Drop knows the mind of the whisky connoisseur, who’s torn between drinking the whisky and hoarding it, a 50 mL sample is included along with the full-size bottle. It’s the best way to have your whisky and drink it, too. (lastdropdistillers.com)