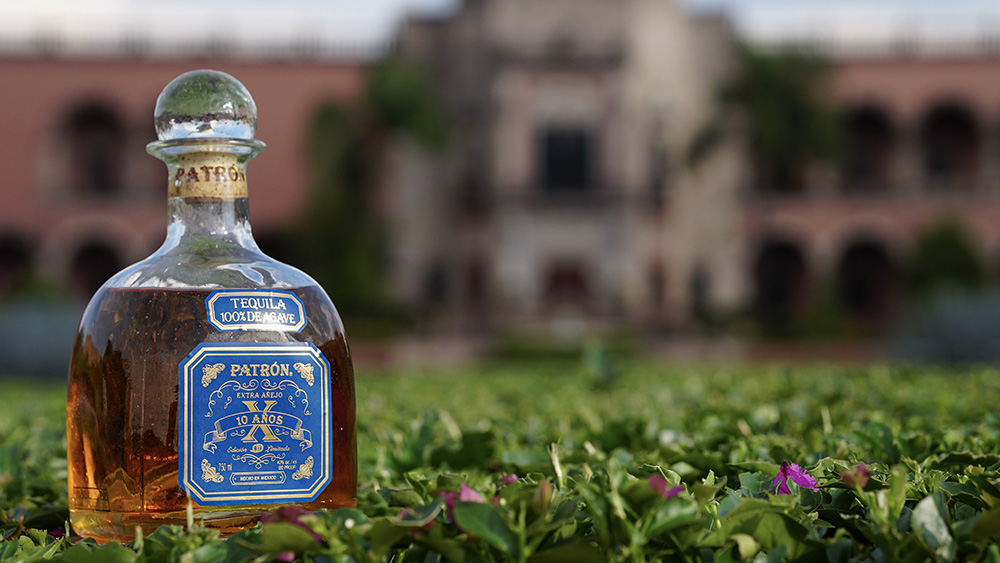 You might think that after 500 years of distillation, agave spirits couldn’t be improved upon. You’d be wrong. While we’re not sure exactly what the Aztec version of tequila tasted like, we have an inkling that it wasn’t nearly as smooth and sophisticated as the ones coming to market now. And ever since George Clooney and his Casamigos cashed in on their big paycheck, we’re seeing more and more famous names getting into the business (yes, we’re talking sports icon Michael Jordan here). Famous or no, these are the latest bottles that should be on your radar if you have an appetite for agave.

This tequila has finally made its way to the west coast and is one of the most elegant extra añejos we’ve tasted, and a good choice for a chilled aperitif, straight up, no mixer. Its peppery notes balance the agave flavor rather than disguise it, and they’re followed by a very smooth warmth rather than a burn as you drink it down. While this is a clear spirit, don’t mistake it for a blanco. It spends three and a half years aging in Tennessee whiskey and French Bordeaux barrels. Its incredible smoothness comes from its nine rounds of filtering and a third distillation after aging. For such high quality, it’s a surprisingly affordable $60. The distiller wanted this to be an ultra pure tequila. “To do that,” says co-founder Pete Girgis, “we have to get rid of the first and last part of each distillation—called the heads and the tails. While this is a more expensive process and results in a lower yield, it gives a much purer form of tequila. For that reason we took the heart of the word te-QUI-la.”

Leave it to this ultra-premium tequila to outdo itself. In 2015 Patrón brought out a limited edition seven-year-old extra añejo, the oldest tequila this Atotonilco el Alto fábrica had ever produced. But now, just four years later, they have unveiled their Extra Añejo 10 Años, which has not only claimed the title of the oldest tequila to come out of Hacienda Patrón, but is, in fact, one of the oldest tequilas in the world. Considering that Mexico’s hot and dry climate translates into an average 6.3 percent loss of liquid a year, aging a tequila for ten years is a challenging task that was only accomplished by constant meticulous monitoring by Patrón master distiller Francisco Alcaraz and his team, who used a combination of ex-bourbon and hybrid American and French Limousin barrels to achieve this milestone. The result is a rich golden liquid with a floral and cedar fragrance that fills the room and combines with the flavors of thick, crisp agave, vanilla, and soft citrus. Befitting its stature, the limited edition Extra Añejo 10 Años ($350), which is being released only in the United States, comes in a replica of the first hand-blown glass-stoppered Patrón bottle, which was introduced in 1989.

This is the brand on everyone’s lips right now—the tequila started by a team of five friends that include Michael Jordan, Celtics co-owner Wyc Grousbeck and his wife Emilia Fazzalari, Lakers co-owner Jeanie Buss, and Milwaukee Bucks co-owner, Wes Edens. The group decided to release an entire range right out of the gate, using spirits from the warehouse of a Jalisco distillery that bottles tequila for 96 other brands, according to a recent Forbes article, sort of the MGP of tequila for those bourbon fans in the know. The añejo’s beautiful agave aroma has notes of caramel that stay with it on the palate. And for those drinkers who don’t love the burn of strong, aged spirits, this one is for you. There’s a bright heat at the back of the mouth that dies in a flash and it’s over. We’d like more layers of flavor to this one for the $130 price tag. Perhaps the most complex batches were saved for the $1,600 extra añejo, which aged for 40-44 months. We do appreciate the ease of holding and pouring Cincoro’s distinct bottle, which was designed in the shape of an agave leaf.

By their very nature, extra añejos, which must be barrel aged for a minimum of three years, are limited editions. And that presented a problem for El Tesoro’s master distiller Carlos Camarena.

“Our Aniversario Extra Añejo is released only once every five years,” said Camarena, whose grandfather, Don Felipe Camarena, founded El Tesoro in 1937. “And our five-year-old Paradiso is aged in Cognac barrels, so it is also very limited. What I wanted was to create an extra añejo that was more readily accessible.”

RELATED: The 15 Best Tequilas You Can Buy Right Now

Camarena found the solution with his new El Tesoro Extra Añejo ($100), which was released in September 2019 and is now the oldest tequila in the distillery’s regular lineup. A combination of four- and five-year-old tequilas that have been aged in Booker and Knob Creek ex-bourbon barrels. Its pronounced candied vanilla essence quickly evolves into a mixture of cotton candy, stewed prunes and, undoubtedly because of the heavily charred No. 4 Jim Beam barrels, with a touch of smoke in the finish.

While it stands out for its sleek, modern and minimalist bottle, you also can’t help but take notice of a tequila with a name that means “enemy” in Spanish. Yet there’s nothing threatening or unwelcoming about this rich and elegant golden agave nectar, which has been aged a minimum of three years in American white oak barrels. It was conceived and meticulously curated by ex-Londoners Robin Clough and Max Davies-Gilbert, along with their partner Sebastian Gonzalez in Mexico.

“We chose ‘Enemigo’ for our name because many brands mis-market their tequilas,” said Clough, “putting quality and taste second (and focusing on image first). ‘Enemigo’ for us means being the enemy of this over-marketing; we prefer to let the liquid do the talking.”

And it does, for with an almost Cognac-like silky texture, this is definitely a tequila meant to be slowly sipped and savored. Its thick floral bouquet, laced with roses and violets, gives way to seamlessly intertwined flavors of allspice, butterscotch and cedar. Consequently, it’s not surprising that this extra añejo ($160) has racked up more than seven international double gold medals since being launched in the United States last year; the “00” numerals that are part of this extra añejo’s name are meant to convey—correctly—that this tequila was flawless from inception.

What makes this tequila a little different from its peers is that after aging for four years in new American oak, the spirit is blended with even older reserves, adding layers that gently reveal themselves on the palate: vanilla, nuts and butterscotch. And despite the new oak, it’s not overly extracted. The brand is a newcomer for many, but has been made in Mexico’s Jalisco highlands since its start in 1857 by tavern owner Lazaro Gallardo, and it remains family-owned. This premium bottle ($150) was crafted specifically for us Americans, who can’t seem to get enough of aged tequilas right now.

The skeletonized hand depicted on the label, holding a red pepper between its fingers, gives some idea of what’s inside the bottle, but does not tell the whole story of this tantalizing medium-spicy tequila. It is actually a carefully-controlled taste-tingling liquid infusion (as opposed to flavored) of just the right amount of ghost pepper extract with an impressive blanco tequila. Born out of a challenge to get his customers to order more tequila cocktails, Boston bartender Chris Moran began experimenting by combining different tequilas with various spices and along the way, discovered the ghost pepper—or Bhut jolokia—which is 400 times hotter than Tabasco sauce and one of the three hottest peppers in the world. After hiring a scientist to perfect the process of extracting liquid from the dried peppers (thus eliminating acerbic oils), Moran worked with the award-winning Casa Maestri distillery in Jalisco to infuse a small, carefully controlled portion of this spicy solution into a 100 percent blanco tequila distilled from both highland and lowland agaves.

“I knew I had to start with a great blanco,” said Moran, “but then I had to turn it spicy without overwhelming the agave.”

And so Ghost Tequila ($30) came to life, with a nod toward creating spicy margaritas, Bloody Marias, and even Old Fashioneds with a bit of a buzz. Indeed, unless you’re doing oyster shooters (with a few drops of fresh lemon juice to help tone things down), this is an agave-forward blanco meant for mixing.

Rarely does a blanco tequila make us instantly want to take another sip, even before we’ve written our first tasting notes. But such is the allure of this 50-50 blend of both peppery, earthy lowland agaves with the slightly sweeter highland varieties. What started out as a senior year college business project for Loyola Marymount University student Carlos Soto ended up luring him to Jalisco, where he developed a fascination with tequila. The result is this silky-smooth, small-batch blanco ($40)—which we actually prefer over the spicier Nosotros reposado. In fact, at the San Francisco World Spirits Competition the blanco not only won Double Gold, but was voted, “The World’s Best-Tasting Tequila.” One percent of every sale goes to Waves for Water, which provides clean drinking water to needy communities worldwide.