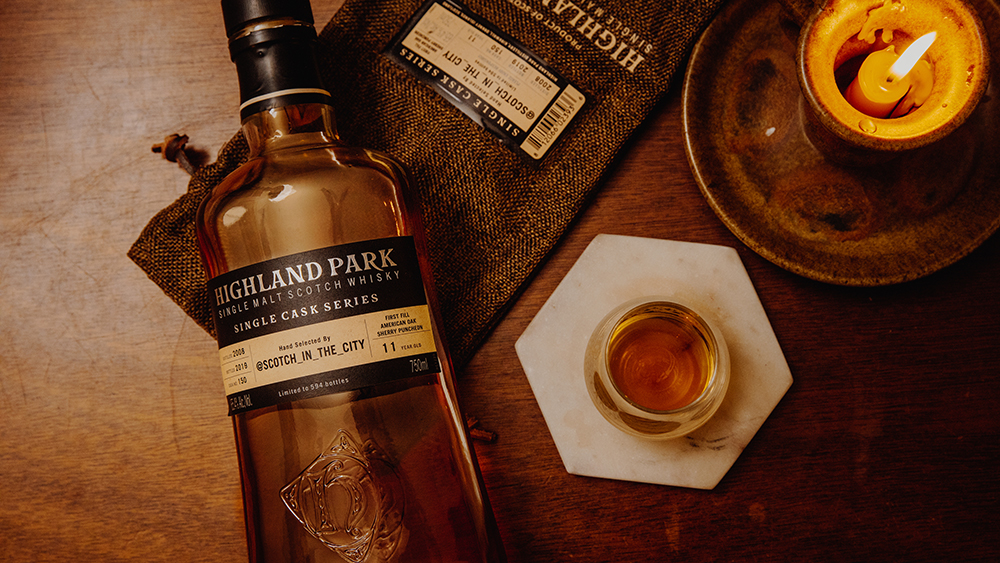 In spite of being a heavyweight champion in the spirits world, the Scotch whisky industry has been suffering some pretty heavy body blows these past few years. The first punch landed on October 19, 2019, when the previous administration imposed a 25 percent tariff on Scotch whisky (along with a few other European Union spirits exported to the United States) as part of a still-simmering trade kerfuffle. Some of Scotland’s distilleries have absorbed this financial hit, while others raised prices. Although these sales-crimping whisky tariffs have now been suspended for five years while they are being re-negotiated, the Scotch Whisky Association estimates they have resulted in over $850 million in lost revenue to the whisky industry in 2020 alone.

Also in 2020, the Covid-19 pandemic landed a one-two punch, shutting down restaurants and bars, thus turning off the taps on Scotch consumption, plus grounding U.S. citizens planning on visiting Scottish distilleries with their popular tours and lucrative gift shops. As yet another pandemic-induced blow, Scottish government-mandated Covid-19 precautions—including social distancing among distillery workers and wearing personal protection gear, coupled with the tragic loss of numerous distillery workers contracting the virus—has not only reduced whisky production, but has affected distribution. In fact, the Distilled Spirits Council of the United States estimates imports of Scotch whisky were down by nearly 37 percent last year, which is why you may now be having a hard time finding some of your favorite brands.

And yet, in spite of all this plummeting, the distilleries have stayed off the ropes and managed to keep the whisky flowing. Their counterpunches have included drawing upon their reserves of aged single malts to release new bottlings, such as Benriach’s 21 Year Old, producing special vattings like Macallan’s Double Cask pairing of American oak with their traditional sherry barrels, and noteworthy finishing techniques like Talisker’s sherry-barrel finished Distiller’s Edition, all of which you’ll discover below. But if you want further proof—in the most literal way—that Scotch whisky has held onto its championship title, here are nine of uisge-beatha’s best new offerings.

Benriach The Twenty One

In September 2020, after more than 120 years, this Speyside distillery completely revamped its core expressions and, guided by master blender Rachel Barrie, added some ultra-premium whiskies to round out its portfolio. One of the most distinctive of these is their 21 Year Old, a vatting of bourbon, sherry, virgin oak and red wine casks. Peaty smoke immediately makes its presence known, followed by dried fruit and leather, with heavy cedar emerging in the finish, making this an evening dram that calls for a full-bodied cigar such as our 2021 Best of Best J.C. Newman Maximus Robusto.

This is one of four different single malts from the distillery’s Cask Bottling Batch 18 collection that are being released exclusively to the United States. Cask No. 5287—which was distilled in 1994—is arguably the best. Aged for 26 years in Port pipes, it has a distinctive Highland toffee and chocolate truffle richness that lingers on the palate long after the last drop in the glass has been drained. Only 638 bottles have been produced.

Johnnie Walker Year of the Ox

Johnnie Walker Blue Label has a rich history of Chinese New Year releases. This year it’s The Year of the Ox, the second in the twelve-year cycle of the Chinese zodiac. The ox is believed to symbolize endurance and feminine energy—both remarkably fitting qualities for 2021. The richness of Johnnie Walker Blue Label, crafted with some of the rarest casks in the vast Johnnie Walker warehouses, including irreplaceable casks from long-closed “ghost” distilleries, normally suggest this ultra-premium whisky be savored in a snifter. But with more people drinking at home this year, Johnnie Walker Scotch Whisky Ambassador Alistair Reynolds suggests they create an upscale version of an Asian Highball by mixing 50ml of Johnnie Walker Year Of The Ox whisky with a 100ml blend of green and oolong teas, all poured into a tall, ice-filled glass.

In his just-released book, Everything You Need To Know About Whisky (but are too afraid to ask), former Diageo executive Nicholas Morgan bemoans the fact that many people do not appreciate the intricacies in creating a blended Scotch. “Think about the complexities of blending too long,” he writes, “and you might actually wonder why a 12-year-old single malt would cost more than a 12-year-old blend. Compass Box (embraces) to a large extent transparency in place of secret recipes, and an artisanal language rather than one bogged down by marketing clichés.”  Indeed, on his Compass Box website, master blender John Glaser readily lists the distilleries sourced for this high malt content, old-school peaty blended Scotch, which includes whiskies from Clynelish, Glen Moray, Tomatin, Balmenach and Laphroaig. Bold spice and fruitcake-like notes of sherry cask aging are the result.

Located on the western shore of the fjord-like Loch Harport, just a few miles from the open sea, Talisker is one of only two distilleries on the Isle of Skye, a scenic island off the western coast of Scotland that has achieved fame not only for frequent triple rainbows, but for this almost 200 year old distillery. Their 10-Year-Old single malt is known for its bourbon-barrel-aged gentle smokiness, thanks to barley dried with peat dug up directly from the island. But Talisker’s latest release of their 10 Year Old Distiller’s Edition takes this whisky to another level, as it has been finished for up to an additional six months in bespoke ex-bodega Amoroso casks, which impart a haunting depth of rich and fruity sweetness that rounds out the already peppery punch of this malty dram. To further your Distiller’s Edition experience, try dribbling a few drops of Distiller’s Edition into a half dozen fresh oysters, then sip the whisky straight from the shell, followed by the bivalve, and wash it all down with a sip of room temperature Talisker. The whisky’s iconic smokiness, pepper, and dried fruit flavors are tantalizingly harmonious with the salt and sweetness of the oysters.

Highland Park Scotch in the City

Talk about drinking for a good cause: The Instagram influencers behind Scotch in the City (they go by Kevin and Nick, but otherwise wish to remain anonymous) are New York-based first responders who wanted to give back to their community. So they teamed up with Highland Park to create this limited-edition, single-cask whisky, with $15,000 from the sales to be donated by Highland Park to The First Responders Children’s Foundation Covid-19 Emergency Response Fund. To determine which one of Highland Park’s many exceptional single casks would be worthy of this altruistic endeavor, Kevin, Nick and Highland Park master whisky maker Gordon Motion blind tasted some of the best barrels. Cask No. 150 came out on top, with its deep russet color, crème brûlée aroma, and flavors of vanilla, rose, cedar wood, lemon peel and a lingering finish of woody spices. Bottled at 130.8 proof, it yielded just 594 bottles.

Photo: Courtesy of The Glenlivet

Who wouldn’t want a bottle of single malt that actually says “Illicit Still” on the label? But there’s more to it than that. The expression draws inspiration from its 19th century founder, George Smith, who illegally distilled whisky in Upper Drumin, a lofty, hidden location where he could spot the King’s tax-collecting soldiers before they spotted him. But the passage of the Excise Tax in 1823 legalized whisky making for private citizens, and having gotten advance word of this, in 1824 (the date now embossed on Glenlivet bottles) Smith became one of the first “legal” distillers. Needless to say, the 12 Year Old Illicit Still, although a reinterpretation of Smith’s original recipe, is much more refined, and is also markedly different from Glenlivet’s regular 80 proof 12 Year Old. For one thing the whisky is non-chill filtered, plus its higher 92 proof enhances Glenlivet’s iconic fruity and floral taste profiles, while adding some sweet tropical nuances.

Photo: Courtesy of The Glenrothes

Sherry-seasoned oak casks define The Glenrothes whiskies, as almost 90 percent of all casks maturing at this Speyside distillery have previously held sherry. Consequently, this is the latest release from The Glenrothes Soleo Collection—a range of aged single malts that acknowledges the traditional sun-drying process used to create the finest sherries, especially those made from grapes grown near the city of Jerez de la Frontera in Andalusia, Spain. This is an extremely complex single malt, loaded with thick fruit—predominantly apricots and pears—with a bit of spicy citrus and maple syrup, and a long, velvety finish. Just the drink for a good book by the fireside as autumn’s chill approaches.

Photo: Courtesy of The Macallan

Although this is one of the distilleries that has restarted its weekend tours (if you can get there, and advanced reservations are recommended), the actual distillery operations are still on reduced capacity. But that hasn’t stopped this Speyside award-winner from releasing one of its most significant expansions of their highly successful Double Cask Range to date. A harmonious union of 18 year old whiskies that have been aged in both American oak and European oak sherry-seasoned casks, Macallan’s traditional flavors of dried fruits, ginger and toffee intermingle with rich raisin, caramel and a touch of vanilla and wood spice.