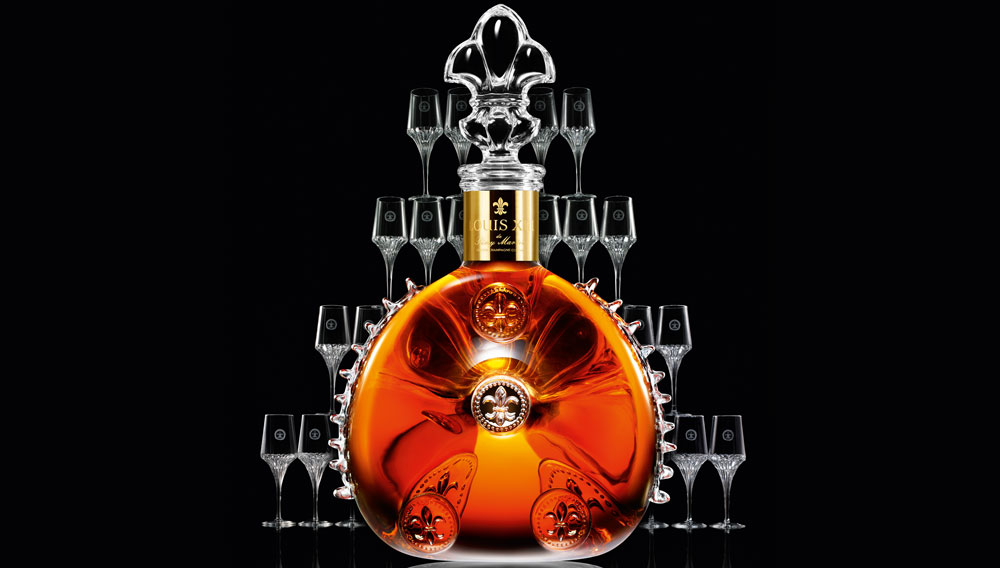 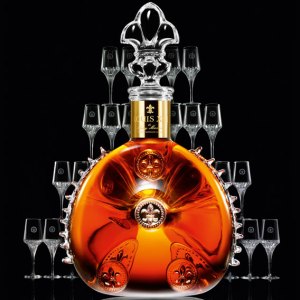 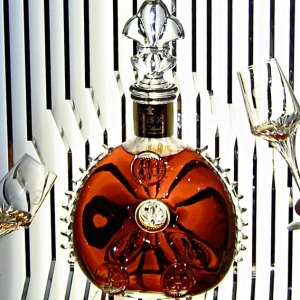 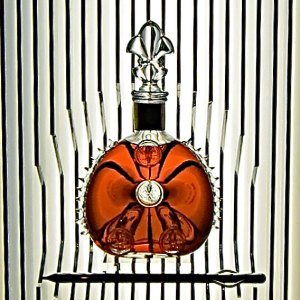 Louis XIII was originally registered by Paul-Emilee Rémy Martin on June 13, 1874, as Louis XIII, Âge Inconnu (Age Unknown). Since then, its age has become not only known, but legendary as a blend of 1,200 different Grande Champagne eaux-de-vie ranging from 40 to 100 years old. Equally famous is the classic Louis XIII Baccarat decanter, with its distinctive doughnut-shaped design inspired by an original flagon found on the site of the 1569 Battle of Jarnac.

Until recently, Louis XIII has been available only in 750-milliliter bottles and 1.5-liter magnums. Now comes an even grander presentation of this Grande Champagne Cognac—Le Jeroboam—an idea conceived in 2006 and finally unveiled last summer at the Palais de Chaillot in Paris. Unfortunately, three-liter spirit containers cannot be imported into the United States, so the Louis XIII Le Jeroboam must be purchased outside the country. However, by special arrangement, Le Jeroboam No. 13 will be auctioned off for charity in the U.S. on December 2, 2011, with proceeds going to the Ruby Peck Foundation for Children’s Education.

The reason this three-liter decanter was so long in coming was not the Cognac—rare as it is—for that had been aging for years in the Rémy Martin cellars in Jarnac, overseen by cellar master Pierrette Trichet. Rather, it was the crystal decanter itself, as its impressive size demanded the skills of Cristal de Sèvres, which has been creating exquisite crystal tableware for French royalty since 1750. (Baccarat produces the exquisite 750-millimeter and magnum decanters.) It took more than 11 pounds of molten crystal and as many as nine craftsmen to create each jeroboam. The Cognac itself is classic Louis XIII, rich with multilayered essences of citrus, spices, plums, and nuts. Only 100 individually numbered Louis XIII Le Jeroboams, priced at $22,800 apiece, are destined to be made the first year. Each is banded in 24-karat gold, and packed in a brass-bound oak chest with a collector’s book, a personally signed certificate of authenticity by Pierrette Trichet, a cellar master’s tasting pipette, and four crystal goblets designed exclusively for Louis XIII by Christophe Pillet. (For information on the auction: www.louis-xiii.com, www.rpfoundation.org)