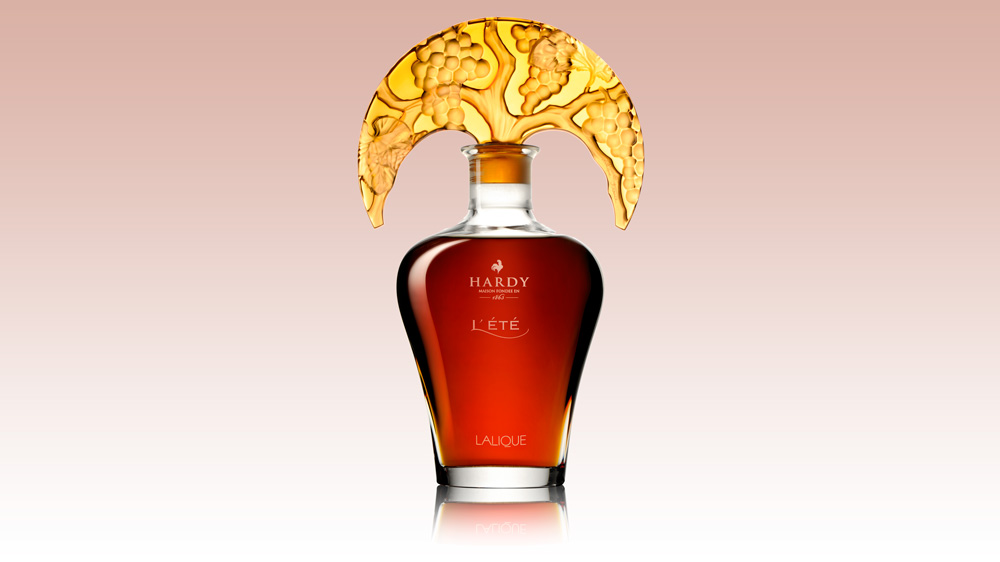 At an exclusive preview tasting of ultra-rare spirits prior to the opening of the March 2017 Universal Whisky Experience in Las Vegas, the contents of a curvaceous Lalique carafe seemed to captivate the attendees. Or, more precisely, it was the bouquet that drew us in as the almond green-tinted crystal stopper was lifted to unleash the thick essences of candied walnuts and dried fruits. Printemps ($18,500), the first in a series of Grande Champagne Cognacs created by the house of A. Hardy, celebrates the four seasons: spring (le printemps), summer (l’ete), fall (l’automne), and winter (l’hiver).

Each of the Grande Champagne Cognac blends used in Hardy’s Four Seasons series, which is being introduced in 2-year intervals, has been selected from six eaux de vie originally set aside between 1919 and 1940 by Armand Hardy. His grandfather, Anthony Hardy, established the famous Cognac house in 1863.

Only 400 decanters of Printemps were released in 2015, with just 20 being made available in the United States. The second limited-edition Cognac in the Four Seasons series was unveiled this year—the Hardy L’Ete ($15,900), again with only 400 bottles released and just 20 reserved for the U.S.

To create L’Ete, the master blender used the same Cognacs originally set aside by Armand Hardy but in different proportions. Thus, he is able to show the progression of the seasons through the art of blending. With the golden, summer-hued crystal Lalique stopper and the amber warmth of the Cognac accented by the crystal decanter, the haunting flavors of wood moss, sweet cherries, citrus, and apricot nectar not only evoke the magic of summer, but they also make us all the more anxious to experience autumn and winter.