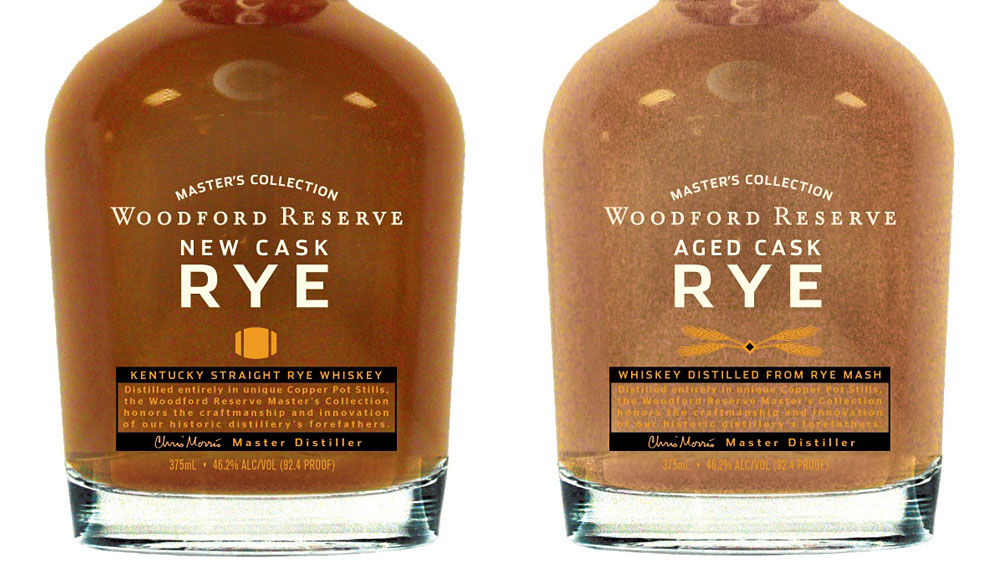 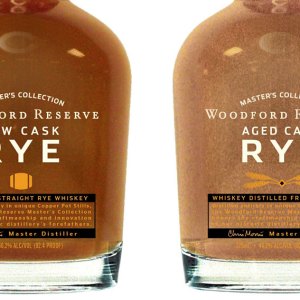 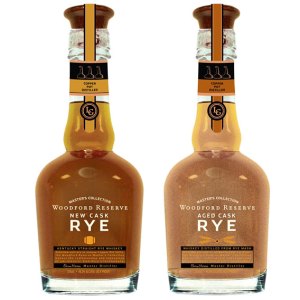 In addition to affecting color, the type of barrel in which a whiskey is aged can account for as much as 80 percent of its taste. This is dramatically demonstrated with Woodford Reserve’s Rare Rye Selection ($99.95). This is the sixth and latest offering of their Masters Collection, in which master distiller Chris Morris periodically releases limited editions of his triple-distilled whiskeys to emphasize one of their five sources of flavor—grain, water, fermentation, distillation, and maturation.

For the Rare Rye Selection, Morris focused on the important role barrels play in aging whiskey. He started with a 100 percent rye, which he put into two different types of barrels. One was made of new American charred oak, similar to casks used for aging bourbon. For the second style of barrel, Morris selected used oak, which is akin to the barrels in which Scotch whisky is aged. After maturation, the whiskeys were cut to 92.4 proof, put into individually numbered 375 ml bottles labeled New Cask and Aged Cask, and packaged side by side in a handsome wooden case with a clear Plexiglas cover that showcases the difference in their colors. Side-by-side tastings confirm the differences produced by both styles of barrels.

The new charred oak–aged rye is a deep copper-bronze color, and its flavor is brimming with cherries, chocolate, and yeasty vanilla, while the rye that was aged in used oak barrels is pale yellow in color, with a sweeter, more floral aroma and an overall softer countenance. Indeed, although both of these rye whiskeys originally came out of the pot stills as a clear liquid and were aged the same amount of time, Woodford Reserve’s Rare Rye Selection proves that much of a whiskey’s individuality is determined within the dark confines of the barrel. (www.woodfordreserve.com)