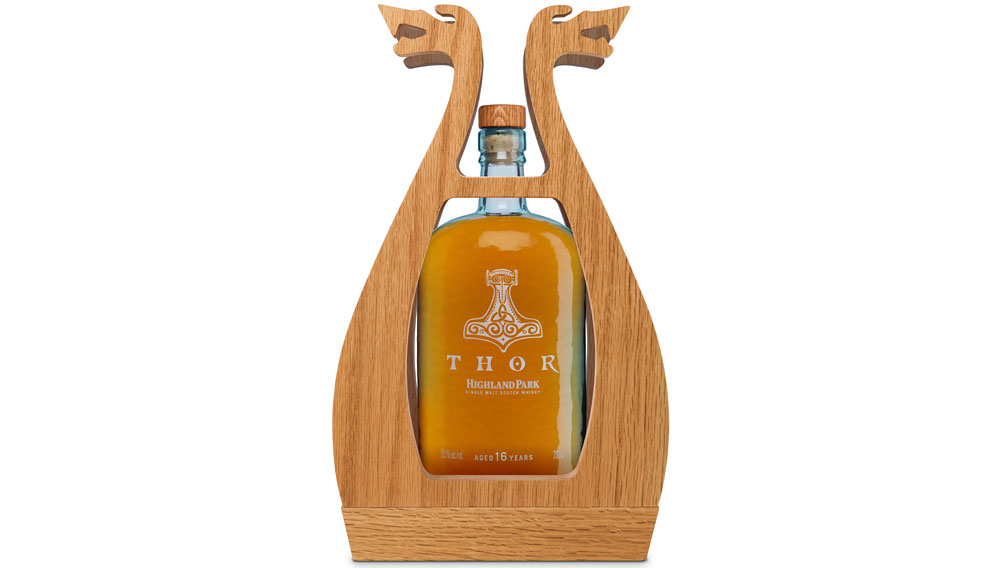 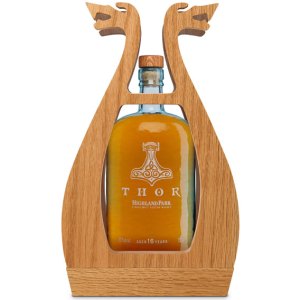 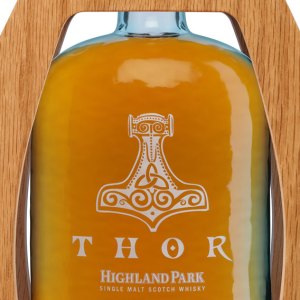 Highland Park, located on the Orkney Islands, was once a favored haunt of the Vikings. Now Scotland’s northernmost distillery is paying tribute to its Nordic heritage with the release of Thor ($199), a 16-year-old, cask-strength single malt. It is the first of Highland Park’s Valhalla Collection, a range of four distinct whiskies, each to be released annually.

It is only fitting that the powerful Norse god Thor, who, it is said, wielded his mighty hammer Mjölnir to hew out the rugged cliffs of Yesnaby on Orkney’s far western shores, should have been chosen to lead this legendary quartet of single malts. At 104.2 proof, Thor comes thundering out of the bottle with unchained alcoholic power. But reflecting the god’s gentler side, the whisky is easily tamed with a wee splash of distilled water, which reveals meaty yet manageable notes of butterscotch, vanilla, and a floral essence from Orkney’s signature peaty smoke.

In keeping with its tradition, Thor single malt comes housed in a wooden display stand shaped like the dragon-outlined prow of a Viking longboat. There are 23,000 bottles worldwide, but only 1,500 are coming into the United States. So those who favor muscular drams had better hurry, before the hammer falls. (www.highlandpark.co.uk)