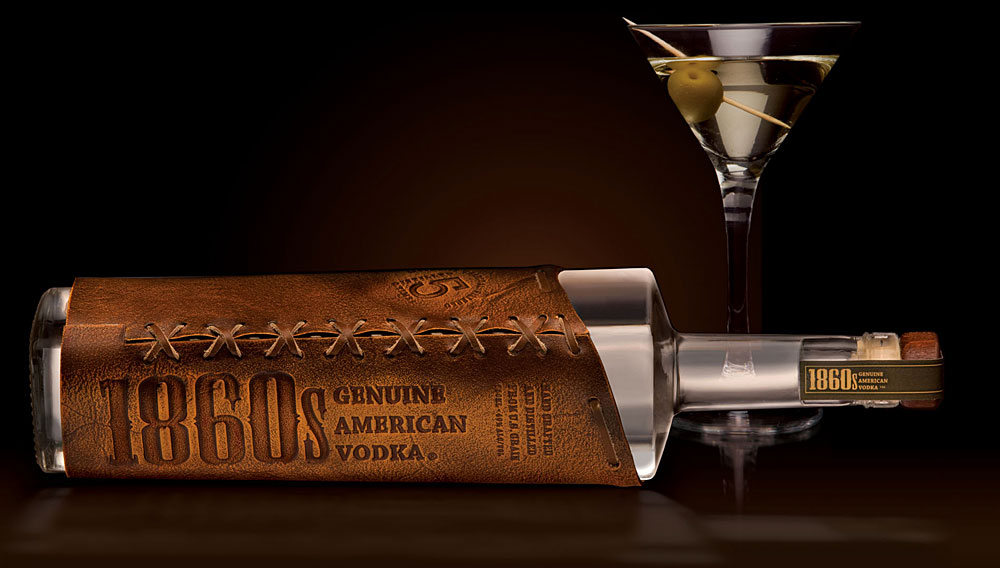 The 1860s Genuine American Vodka instantly conjures up images of the American West with its embossed, stitched, leather-wrapped bottle emblazoned with its 1860s logo. It’s named after the 1860s Saloon owned by Max Burton in the historic Soulard district of St. Louis. Burton partnered with Todd McGowan, whose advertising agency in St. Louis specializes in marketing adult beverages, to create the 1860’s Vodka which they unveiled late last year. McGowan created the brand’s unique packaging and marketing concept.

“Finally, a vodka that fuses the pioneering spirit of the American old west with contemporary metropolitan attitude,” says McGowan. The vodka is five times distilled and filtered through mesquite charcoal in a facility in Pewaukee, Wisconsin. The 750ml bottle is around $33.99. (410.245.9209, www.1860sgav.com)