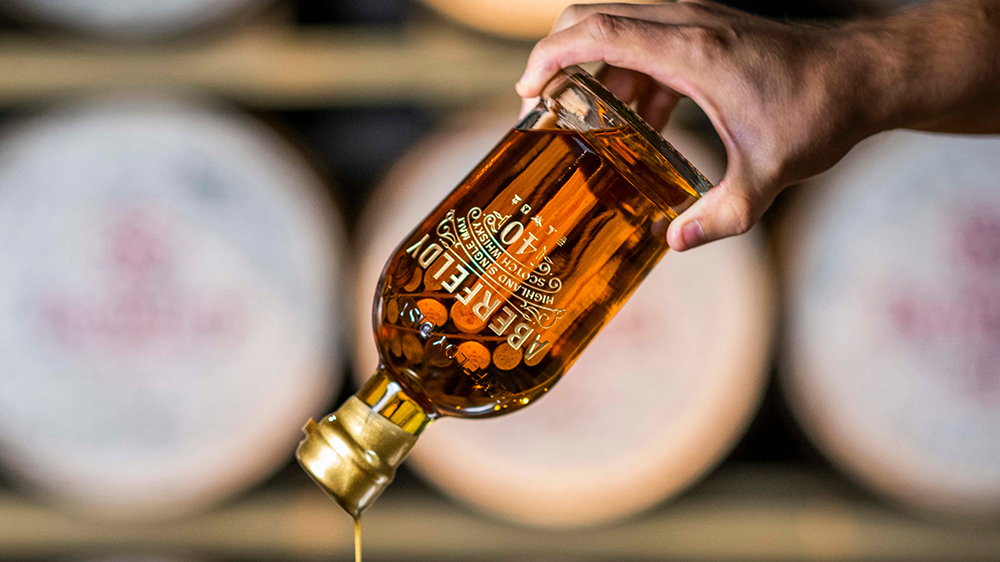 One storied scotch distillery is offering a few lucky whisky lovers the chance to bottle their own 40-year-old single malt, straight from the cask. When malt master Stephanie Macleod stumbled across three dusty parcels of whisky deep in the reserves of the Aberfeldy warehouse, she assumed that most had been lost to the “angel’s share.” Yet when she opened it and tasted the first drop, she knew she’d stumbled across a rare find.

The amber liquid was 40-year-old Aberfeldy, the distillery’s oldest whisky, with three casks showing off distinctly different characters. Now the distillery has opened up the casks and is offering a premium, hands-on experience. Collectors can fill their own bottle, by hand, directly from the cask, in the distillery’s historic warehouses. Once the order has been confirmed, the distillery contacts customers personally, inviting them to come and fill the bottle. They can also arrange to fill it for you and deliver it to your doorstep.

“To find one cask at this venerable age is extraordinary, but to find three is exceptional,” says Stephanie Macleod. “Just think of the four decades of history these casks have slumbered through.”

The first cask, which offers 160 bottles, sings with notes of honeysuckle and freshly cut grass with a burst of clove on the palate. The second release, a sweet meld of lemon curd, buttered toast with notes of thyme and rosemary, is an offering of 134 bottles. Finally, the third release, limited to 97 bottles, is heady with crème brûlée, fresh peaches and soft oak.

“The single cask is something that we at Aberfeldy bottle rarely—to have the honor of filling your very own bottle of our oldest and most exclusive whisky yet is a truly special opportunity,” says Macleod.

Priced at $3,275 a bottle, the expressions are available only at or through the Aberfeldy Distillery, both on-site and via its new online shop.