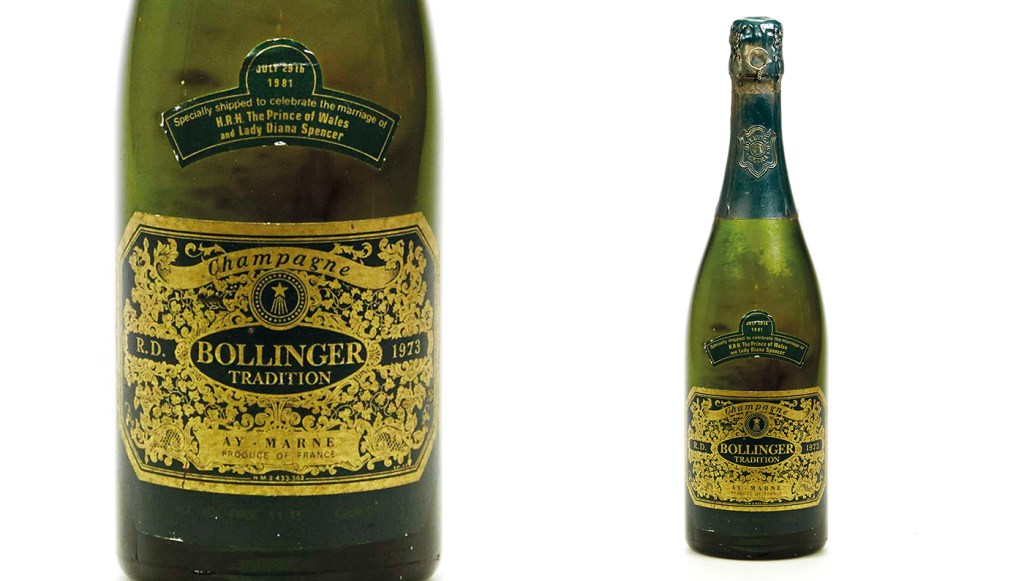 Ian Fleming’s suave superspy may be a work of fiction, but his personal tastes are very much drawn from the realm of fact. Most recently, he drives an Aston Martin (though Lotus, Sunbeam, and even Citroen have had their place in his proverbial stable), buys his breakfast condiments from Fortnum and Mason, and lunches at Scott’s, a London fixture (now in Mayfair) that dates to the 1850s and is famed for its Champagne bar, at which, we all know, Mr. Bond would unquestionably order a glass of Bollinger.

The Bond girls come and go, but Britain’s most intrepid agent has remained faithful to his bubbly of choice—as have top collectors. The latter will undoubtedly be drawn to Sotheby’s New York on November 19 for A Century of Champagne Bollinger, an extraordinary sale of rare wines that have heretofore never left the house’s caves beneath the village of Aÿ. “We are thrilled to add Bollinger to the long and distinguished list of producers with whom we have worked on direct-from-the-cellar sales,” says Jamie Ritchie, worldwide head of Sotheby’s Wine.

The auction’s highlights will comprise an extensive selection of Bollinger’s Special Cuvée in an array of formats that extends from half bottles to a Nebuchadnezzar (15 liters), as well as five lots of the rare, old-vine Vieilles Vignes Francaises, including the superb 1996 (estimate: $1,400 to $1,800 per bottle).

A selection of 35 lots of R.D., the house’s late-disgorged wine, will also be offered in bottles, magnums, and Jeroboams. The youngest of these, the R.D. 1973 (estimate: $1,600 to $2,200 per bottle), exhibits a pale-gold color, a delicate effervescence, and reveals refined aromas of pear, green apples, truffle, and lemon blossom. Bollinger’s distinctive sea-brine character emerges on the palate, accompanied by traces of pastry and marzipan.

Yet the lot most likely to attract the attention of Bond (and his latest consort) is “The Bollinger 1914 Experience” (estimate not available), a remarkable journey into the past. The fortunate bidder and three guests will visit Champagne Bollinger in Aÿ, where they will tour the caves and Galerie 1829, a subterranean library housing vintages going back to the house’s first, 1830. A dinner hosted by Champagne Bollinger CEO Jérôme Philipon at Michelin-two-star Le Parc restaurant at Les Crayères in Reims is also included. The pièce de résistance, however, will be a tasting of the 1914 vintage, a dark-gold wine whose prominent acidity enlivens its essences of sweet tea, coffee, and apricot. “Not only will [the auction] unveil an incredible depth of vintages,” says Philipon of this first-ever North American sale, “but we will also demonstrate the unique capacity of Bollinger champagnes to age.” (sothebys.com)