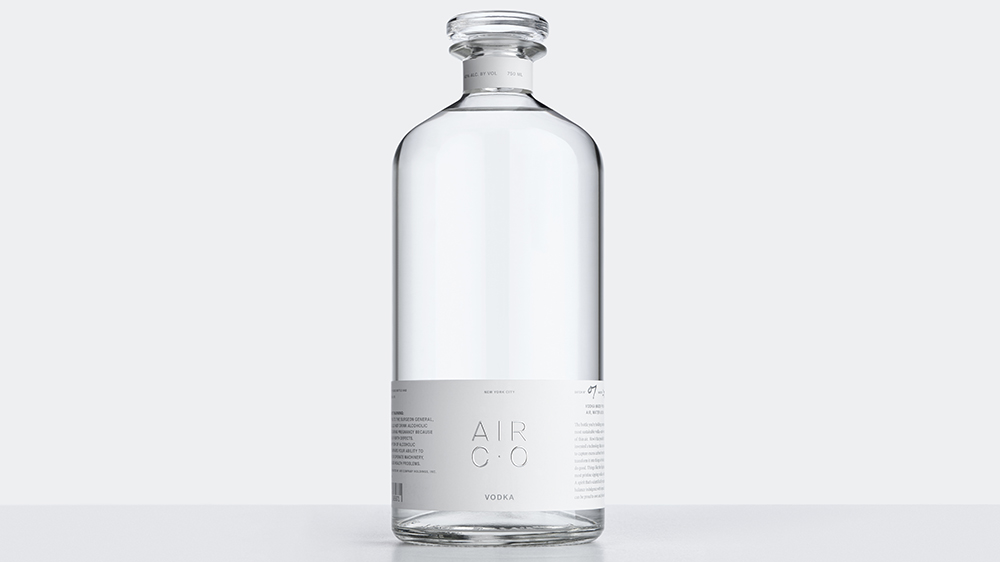 Imagine if we told you sipping spirits could help combat climate change. Well, the clever minds at Air Co., have just made that so. The Brooklyn-based startup recently developed a technology that converts carbon into alcohol and now the world’s first carbon-negative vodka is here. But is it any good?

The ultra-refined, impurity-free vodka quantifiably improves the air we breathe using the same principles as photosynthesis—but much more efficiently and in a techy way that skips over the fermentation process, along with the farming and irrigation that are the traditional bedrock of artisan spirits. Each bottle of Air Co. represents the daily carbon intake of eight trees. The startup distills ethanol in a custom-built, 20-plate vodka still, then uses a top-secret process to purify and dilute the result—a 98.5 percent ethanol—into a 80 proof vodka.

But it’s more than the backstory that makes the bottle deserving of a spot in your liquor cabinet—it’s also delicious. That ethanol throat burn and harsh nail-polish aroma synonymous with second-rate vodka is nowhere to be found. Instead, Air Co. has a smooth, clean taste, good enough even to sip. Though we like it best paired with dry vermouth and lemon peel in a classic vodka martini. Who knew sustainability could taste so sweet, and well, clean.

Each 750 ml bottle of Air Co. is made from only two ingredients—carbon dioxide (a greenhouse gas) and water—and will set you back $65. Best of all, the vodka comes in an elegant, clear glass bottle—made locally in the US—with matching glass topper. The label can be easily peeled off and Air Co. encourages imbibers to repurpose the container as a vase or water bottle once you’ve poured all the vodka.

Air Co. will roll out first in New York City this holiday season before expanding across the country. You can try a sip at top cocktail venues, like Employees Only, Acme, Masa, Chinese Tuxedo, among others—or order it via Drizly in the coming weeks.