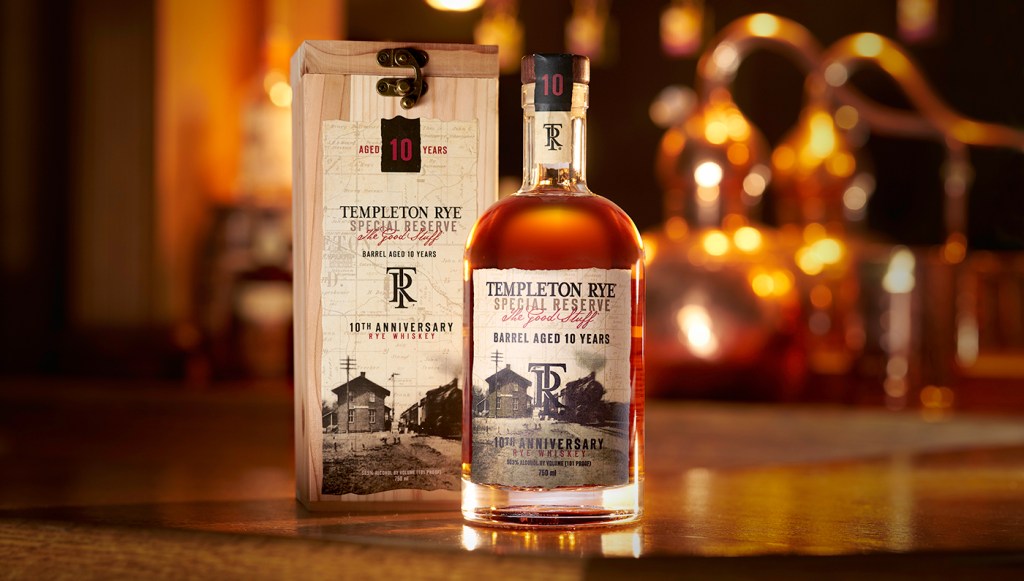 Colorful Prohibition-era bootlegging origin stories abound in the modern craft spirits industry, and ought to be taken with a grain of salt (or perhaps, fittingly, a grain of rye or wheat). A good many of these tales are complete bunk, while others take manifold liberties with factuality. A few, however, are grounded in verifiable facts.

For instance, there really was an Alphonse Kerhkoff, who roundabout 1920 started illicitly producing whiskey that the grog-guzzling denizens of Templeton, Iowa, dubbed “The Good Stuff.” So good, in fact, that it quickly found its way into big-city speakeasies across the land courtesy of one Alphonse Gabriel “Al” Capone—the notorious killer who is at the heart of many a killer story about the history of hooch in America.

Templeton Rye Whiskey was introduced legally in 2006. To commemorate a decade of doing business on the up and up, they’ve just released 6,080 hand-numbered bottles of Special Reserve 10 Year Old. It’s smoother and mellower than one might expect from a 101-proof whiskey, with an appreciable level of vanilla, citrus-zest, and toasted-nut flavors. At $150 a bottle, the inclination might be to drink it neat or on the rocks but, boy, does this stuff ever add delightful intensity to a Manhattan or Sazerac. (templetonrye.com)