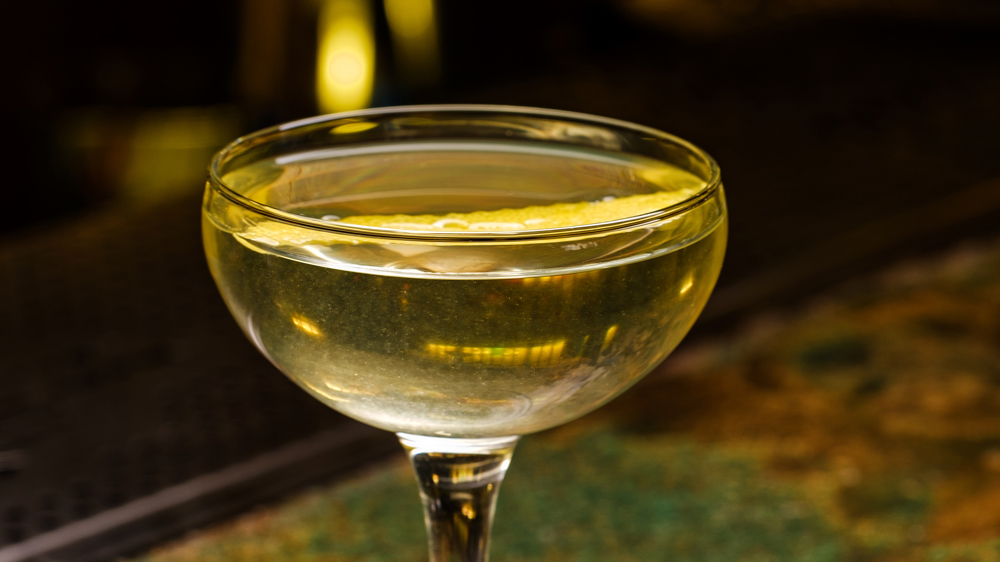 Alaska, as a state, is not for beginners. Anyone who’s ever spent any time there can attest to that. Its startling beauty is matched by its danger. It feels like America without the net.

It is, first of all, massive, and hugely wild: Only 20 percent is accessible by road at all, and medical attention can be days away. Most of the year, the water gets so cold that you would go into shock in minutes and sink like a stone. The tides alone can kill you. Sure, everyone knows about bears, but locals will tell you it’s the moose you really need to worry about. It’s got the tallest peaks, the biggest earthquakes and the largest forest. There is also more natural wonder there than any other two states combined, begging you to explore. If you dare.

So what does the state of Alaska have to do with gin, Yellow Chartreuse and orange bitters? On first blush, nothing. The Alaska Cocktail pops into existence in a terse little cocktail book from 1913 called Manual of Mixed Drinks, by Jacques Straub. Straub was more of a wine guy—he makes it clear he’s just collected these cocktails, not created them, and he includes no notes of any kind, regarding etymology or anything else.

In 1930 it shows up again, with more gin and less Chartreuse, in Harry Craddock’s legendary Savoy Cocktail Book. Craddock didn’t do much editorializing either, but he did include a note on the Alaska Cocktail: “So far as can be ascertained this delectable potion is NOT the staple diet of the Esquimaux [Eskimo]. It was probably first thought of in South Carolina—hence its name.”

Dozens of cocktail books and websites and blogs quote this line and then just leave it be, as if it makes any sense whatsoever. South Carolina? What does South Carolina have to do with anything? Is there an Alaska, SC? No, there’s not. It has nothing to do with it. This enigmatic little throwaway sentence raises more questions than it answers. Honestly, it would’ve been better if he had said nothing at all.

The only concrete clue we have is the timing. In the first decade of the 1900s, Alaska had its very own gold rush. Hopeful prospectors flooded the state by the thousands. Also, Alaska was officially incorporated as a US Territory in 1912, one year before the cocktail shows up in print. It’s not too hard to make the leap, then: Alaska had been in the news for a gold rush, and the Chartreuse makes everything yellow, so whoever invented it probably saw the golden color and decided to call it the Alaska Cocktail.

Personally, though, I like to imagine the connection goes a little deeper. Not only does the gin contribute pine notes that echo evergreens that blanket 40 percent of the state, but the cocktail is, like Alaska itself, both starkly gorgeous and not here to mess around.

This is a serious drink. People call it a Martini variation, but it’s much more like a Gin Old Fashioned: it’s spirit, bitters and a sweetener, except in this case, the sweetener is 80 proof. There’s no rich oak-aged whiskey to cushion the blow here—it’s the crystalline purity of gin, cold and clean like a mountain top, only softened and deepened by the inimitable honeyed complexity of the Chartreuse. The golden liqueur plays off the spirit like sun off snow, bringing some herbal warmth through the bracing chill. It’s a high-stakes game, but drink one, and the appeal of high stakes games start to make a little more sense.

That’s why I like to imagine the bartender who invented it had been to Alaska, spent time there, knew what it was like, and named it accordingly. Because the cocktail, when sipped slowly on a cold autumn night, offers a sincere argument for all things beautiful and dangerous.

Stir on ice for 20 to 30 seconds. Strain off ice into chilled coupe glass, and garnish with a lemon peel.

Yellow Chartreuse: There are two Chartreuses readily available in the US. Both are uniquely complex and made by silent French monks for hundreds of years; Green Chartreuse is more common, 55 percent ABV and intensely herbaceous, but here we’re looking for Yellow Chartreuse, which is slightly lower proof and with more honey-saffron-anise notes.

Gin: You’re wrestling with proof no matter what—London Dry Gins make fabulous Alaskas, don’t get me wrong—but softer gins (<45 percent alcohol) have an appeal here. Plymouth is widely available and excellent in this drink, though my favorite Alaska that I’ve had so far is with Sipsmith, a relatively new London Dry Gin with enough juniper to supply the backbone but not so much to overpower.

Orange Bitters: Unfortunately, no one brand of orange bitters stands head and shoulder above the others; cocktail bars will frequently blend them to get the desired result. Here, just use what you can get, but use it sparingly—the goal is to add texture, and you don’t need much. Also, be advised that standard Angostura or Peychaud’s Bitters will not work. It would be better to use nothing than to use either of those.