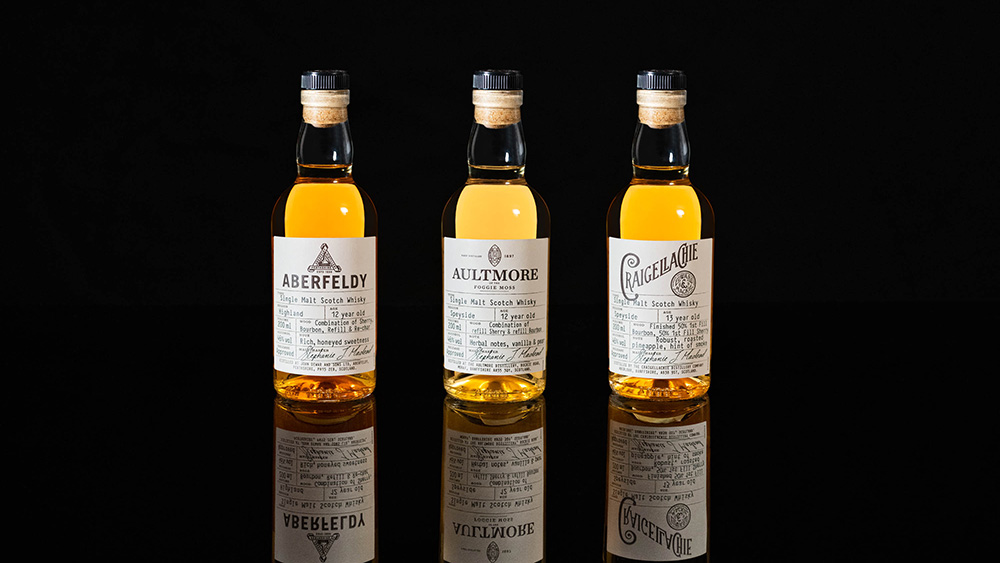 “Become the expert,” the description reads, just below a 4.6-star rating and the promise of free delivery, “with a masterclass at Amazon’s 1st ever interactive whisky tasting.”

For a modest £40, Amazon will sell consumers in the UK or Germany a “discovery pack:”  three 200mL bottles of single malt scotch from the Dewar’s distilleries Aberfeldy, Aultmore and Craigelllachie. On October 24 at 7:30 pm GMT, Amazon.co.uk will livestream a tasting of said bottles with master blender Stephanie McLeod, drinks writer Alice Lascelles and Aberfeldy brand ambassador Matthew Cordiner. It’s a first for the spirits industry.

They guide you through the spirits. You watch them drink, then you drink. They describe honey notes, and you taste honey notes. It’s like a single malt Peloton.

It’s all part of a new push from Amazon.co.uk and Dewar’s parent company, the giant Bacardi Limited, to broaden their share of online spirits sales, a market worth some $6.5 billion globally. “The online marketplace for the drinks industry is rapidly expanding,” says Mike Birch, Bacardi VP of Digital Commerce, “there is a new generation of drinkers who prefer to purchase alcohol online rather than in-store.”

Such a partnership is easy enough in Europe, where direct delivery is relatively simple. In the US, however, a Byzantine rats-nest of federal, state and local liquor laws have, at least for now, kept Amazon’s omnivorous appetite at bay. Thus far it’s merely dipped its mammoth toes in the liquor space, by way of grocery delivery applications Amazon Fresh and Prime Now.

Christian Navarro, president of the LA-based Wally’s Wine, however, sees the writing on the wall. “Amazon is going to gobble up the majority of the online business for most wine and spirits brands, both domestically and internationally,” he says, “it’s only a matter of time.” His solution, then, is to entrench in the type of personalized touches that resist digitization: relationships, service and an expansive reserve and luxury list, which—because of the growing specter of fraud—presupposes that you trust whomever is selling it to you.

“Selling alcohol is not like selling socks,” says David Othenin-Girard, spirits buyer at the California retailer K&L Wines, also citing a highly knowledgeable staff and unique offerings to staying competitive in the industry. K&L’s buyers take multiple trips abroad each year to cultivate producer relationships and secure exclusive offerings, through direct-import or just buying whole barrels of spirits at a time. But who’s to say that Amazon’s buyers won’t be doing something similar in the future?

“Our high-end is very important to the online business in particular,” Othenin-Girard says. “We avoid a lot of the national brand big ticket items because they’re generally available everywhere, but offer our customers a more unique selection of curated spirits that won’t be available anywhere else.”

“Wally’s isn’t going to offer everything,” Navarro says, as if in response to the some 100 million products currently available on Amazon.com, “just the best of everything.”