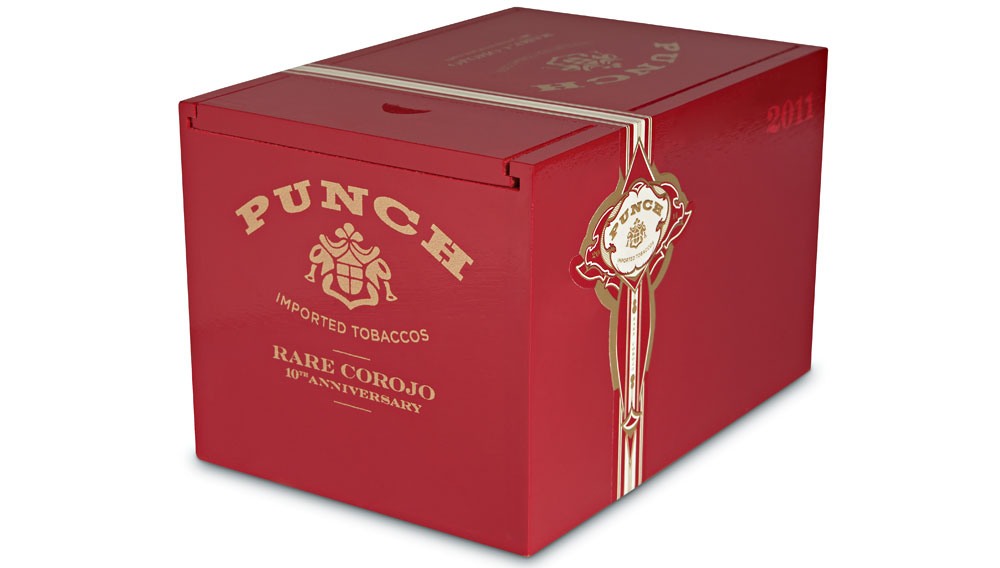 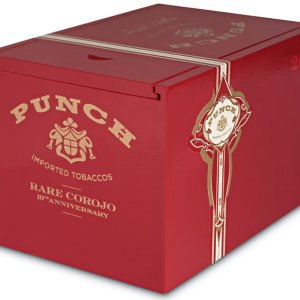 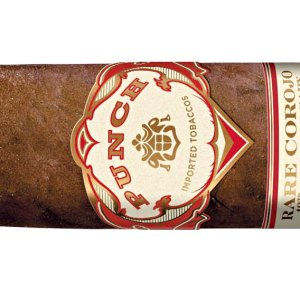 From its beginning as a classic Cuban brand to its transformation as a coveted Honduran classic, Punch has become one of the most popular cigars in the General Cigar lineup, thanks to its medium hefty taste. The Rare Corojo version, which was introduced in 2001 as an annual limited edition, pays tribute to its unique Corojo wrapper, which is not only full-flavored, but is amenable to long-term aging, thus smoothing out its already substantial flavor over the course of a few more years in a humidor.

For 2011 this cigar has returned as the Punch Rare Corojo 10th Anniversary, as noted by its eye-catching bright red box with gold lettering and the distinctive red-and-cream-colored double bands on the cigars. The cigar itself is only available in one size, a 5½ x 50 boxed-pressed corona gorda. With a ruggedly handsome proprietary Connecticut-grown Corojo wrapper (a notable departure from the Sumatra Corojo wrappers found on previous issues of the Rare Corojo) and a Connecticut broadleaf binder, coupled with Honduran, Nicaraguan, and Dominican fillers, this is the perfect smoke for crisp afternoons and cool evenings. ($6.50) (www.cigarworld.com)