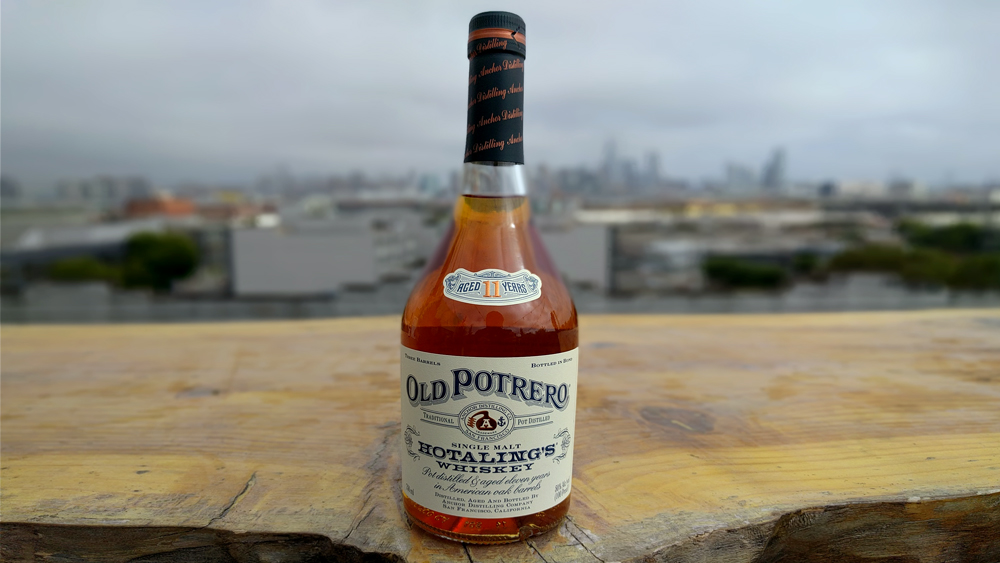 The 95 percent rye mashbills that have flooded the rocks glasses of rye connoisseurs over the last year have raised the bar for rye content in new American releases, so it seems inevitable that 100 percent rye bills would be the next on pour. One of the first to take on that challenge and still make a smooth, enjoyable whiskey without too much spice is, appropriately,

Fritz Maytag founded the company in 1993 and distilled his rye using pre-Prohibition methods as inspiration. The result was Old Potrero 18th Century Style Whiskey, which was released in 1996. Ten years later, the first Hotaling’s Single Malt Whiskey came out, aged for 11 years and named after a warehouse that survived the San Francisco earthquake and fire of 1906. Since then Hotaling’s has been released at various ages, the oldest being an 18-year-old in 2013. This year marks a return to the original 11-year-old version of the whiskey.

Fewer than 200 bottles of Hotaling’s 11 Year Old ($115) are now available in just five states. The whiskey was pot-distilled from a 100 percent malted rye mash bill, an unusual recipe for American rye, and was aged in Old Potrero Straight Rye Whiskey barrels that were used just once. It’s a bright, vibrant spirit with big fruit and spice notes. Expect whiffs of grapefruit and maple on the nose, and soft flavors like sugar and new wood on the palate. This 11-year-old version is younger than last year’s 16-year-old release, but it hits the same sweet spots and is a surprisingly smooth dram for a 100 percent rye whiskey.