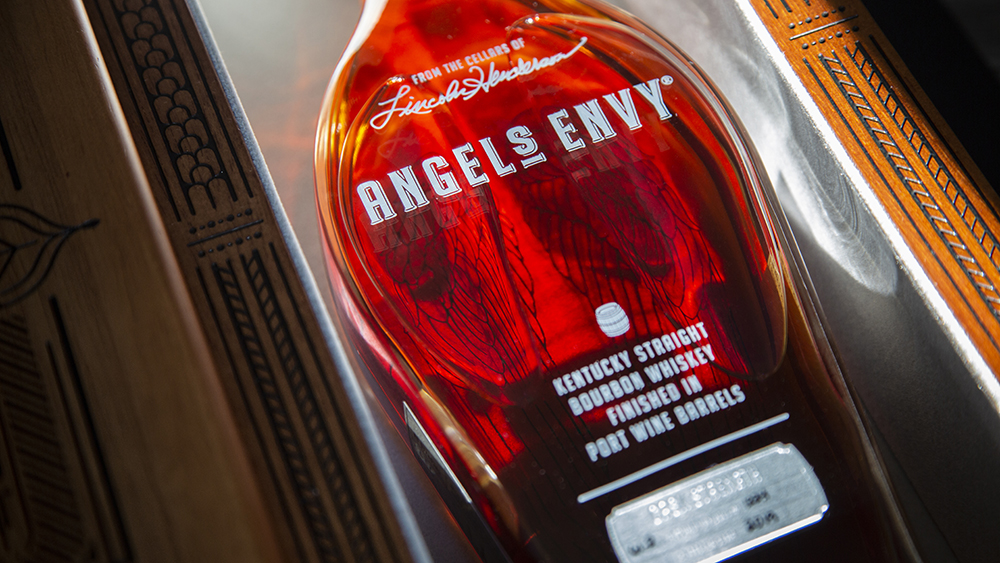 For some expressions in a whiskey brand’s portfolio, the master distiller aims for consistency, year after year. But with other bottlings, it’s the differences they most appreciate. How this wood, that weather shaped the spirit aging in the barrels. Such is the case for Angel’s Envy’s new 2019 Cask Strength Bourbon.

While production manager Kyle Henderson always finishes the brand’s cask strength release in port barrels, he adds another element to make each year’s edition distinct. For the 2019, he tried something he’d never done before, blending bourbons from his stock that had been aging for 6, 7, 9, 10, 13, 14 and 15 years, with more than 40 percent of the final blend coming from bourbons over 10 years old. This is all evident in the deep amber color as well as the rich layers of flavor.

Beyond the heat of the 122.4 proof—this is made at cask strength, after all, not diluted by water—there are deep notes of baking spices on the nose, which follow through on the palate, combined with beautiful dried fruit but also banana, peach and apricot.

It’s entirely different from the 2018 and 2017 cask strength releases, which is intentional. “I don’t want consistency from year to year with this bourbon,” Henderson says. The 2017 tastes more of molasses, vanilla and toasted bread. And the 2018, which of the three is the lightest golden color, has a much richer and creamier mouthfeel. Of the three, the 2019 is our favorite in taste, but also in admiration for Henderson’s blending.

All three are limited bottlings. While the 14,000 bottles of the 2019, each priced from $200, that were made may seem like a lot, they’ll likely go fast. When the cask strength program began in 2012, only three barrels-worth were made. Those bottles are some of the most difficult to acquire. Angel’s Envy has had to track some down on the secondary market itself, not realizing at the time just how popular the bourbon would become.

Henderson himself prefers the cask strength with a bit of water added to it, he says, but that’s also how he’s used to tasting bourbons at the distillery in Kentucky, so he can keep his palate fresh. When sampling, he tastes the whiskeys watered down to about 20 proof.

While young, he comes from a tradition of talented bourbon makers. His grandfather, the late Lincoln Henderson, was known for making Gentleman Jack. And Henderson grew up learning from his father Wes Henderson, who founded Angel’s Envy with his grandfather and who has long been revered in the industry.