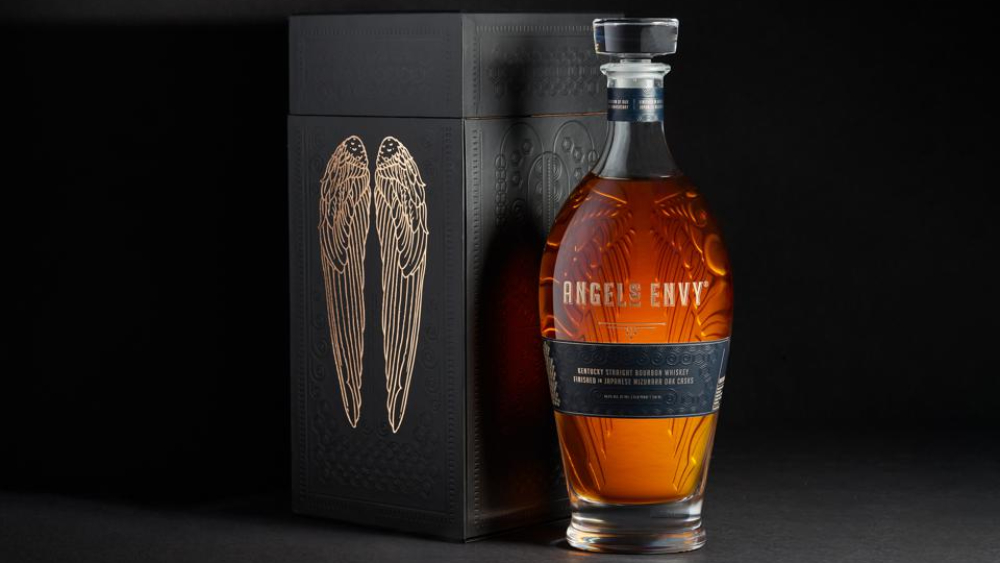 Bourbon may be as American as apple pie, but what happens when it borrows from equally stellar Japanese distilleries? Angel’s Envy’s latest launch gives us the answer.

Based in Louisville, Kentucky, Angel’s Envy is located in the heart of US bourbon country and has built a strong following over the past decade for its traditional take on the whiskey varietal. (Count us among them: The second release of the brand’s Cellar Collection was named Robb Report‘s best bourbon of the year.) The distillery has gained a reputation for innovation by finishing the spirit in different barrels––which has since spread throughout the industry––and is pushing the envelope yet again in commemoration of its 10-year anniversary by creating a first: bourbon finished in old-growth Japanese oak casks.

Harvested from trees that are at least 200 years old, the special wood is called mizunara in Japan and prized for its rarity. Of course, this adds to its expense, which is only compounded because the wood is notoriously difficult to work with requiring highly skilled labor.

Though distillers are attracted to the aged wood for all the complex flavors it can impart, it has one drawback. The older the wood is, the longer it takes for it to work its magic. Most whiskies finish in barrels for somewhere between two to three months, but this special bourbon was allowed to age for a full two years before it was ready to bottle. “The Mizunara barrels need time to show the incredible impact they have on the whiskey,” Kyle Henderson, Angel’s Envy’s production manager and third-generation whiskey-maker, told Forbes. “After the two-year finishing window, I expected the whiskey to have smoky, floral and spicy notes, but was surprised by the unique notes of apple we ultimately ended up with.”

The finished product––which has a 97.8 proof––launches digitally on August 19. It will have a limited run of only 1,200 bottles with 500 of those available for pre-sale exclusively to the brand’s fan club, 500 Main. And it comes in an equally exclusive, reusable crystal decanter.

Head over to the brand’s website to learn more about the $350 tipple.