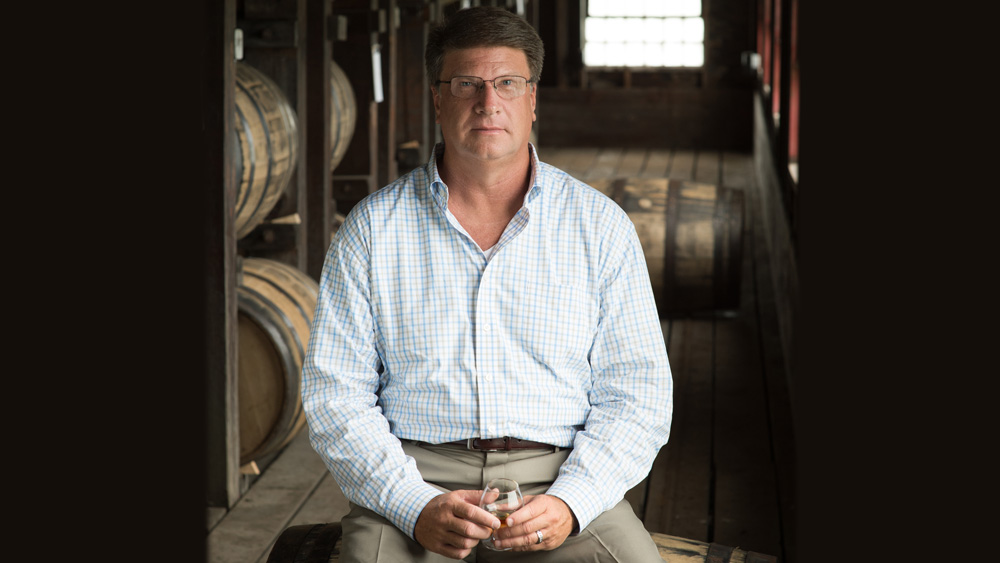 The late Lincoln Henderson was a legendary master distiller and an inaugural member of the Kentucky Bourbon Hall of Fame. While at Brown-Forman, he created several notable whiskey brands including Woodford Reserve, Gentleman Jack, and Jack Daniel’s Single Barrel. In 2006, a few years after leaving Brown-Forman, Lincoln and his son Wes began experimenting with bourbon finished in port barrels, which led to the creation of Angel’s Envy. Today, it’s one of the finest and most popular single batch bourbons on the market. We caught up with Wes Henderson at a whiskey festival in Louisville.

Your dad passed in 2013, leaving you in charge of Angel’s Envy. What’s it like carrying on his legacy?

It’s always hard working with a legend. It’s even harder carrying the legacy forward.  Dad and I were very much in tune with the vision of Angel’s Envy, and it is a great honor to continue our family legacy in the bourbon industry.

Angel’s Envy is finished in port barrels, which is uncommon for bourbon.

It’s been done with Scotch for many years but, yes, with bourbon it is uncommon. In fact, I think we’re the first brand to be commercially successful finishing bourbon in secondary barrel finishes. We felt the taste profile of a ruby port would be perfect for finishing our whiskey, so we took the leap.

The 2016 Angel’s Share Cask Strength is a bit cloudy. Why is that?

Our Cask Strength is not filtered in any way. Filtration can remove flavor and color from whiskies, and we wanted this release to be as full flavored and complex as possible.  Occasionally, with non-filtered whiskies, you see a little haze or even very small particles of charcoal from the barrel remaining in the liquid.  Think of it as a little extra something for your money.

There’s a widespread belief that barrel-aging whisky for flavor is a practice that dates back hundreds and hundreds of years. But that’s not true, is it?

Barrels were used for transport of spirits long before they were used for the specific purpose of aging bourbon. While the history is a bit murky, for the most part, we have seen more prolific distillation and barrel aging dating back to the early 1800s in America.

In the U.S, proof is defined as double the percentage of ABV. A proof statement is legally permitted to be on a bottle, but it’s not required. So why are we still using it, and where did the term come from?

This is also highly debated. Common lore dating back to the 1500s in Europe states that if a test using small amount of gunpowder soaked in alcohol would ignite, then the alcohol was proven — or “proofed” — to be at a certain alcohol level. That level was accepted to be 50 percent alcohol by volume, or 100 proof.  In later years, tests involving specific gravity and volumetric measurement of alcohol content were much more reliable, but old methods and great stories still persist to this day.

Who are some of your favorite all-time celebrity whiskey lovers?

Frank Sinatra is probably known as one of the most prolific whiskey lovers. I hear Lady Gaga loves her bourbon. While I can’t name them for privacy reasons, there are several notable celebrities who enjoy Angel’s Envy, and I know of at least one major music artist who requires by contract to have Angel’s Envy available backstage for every show.