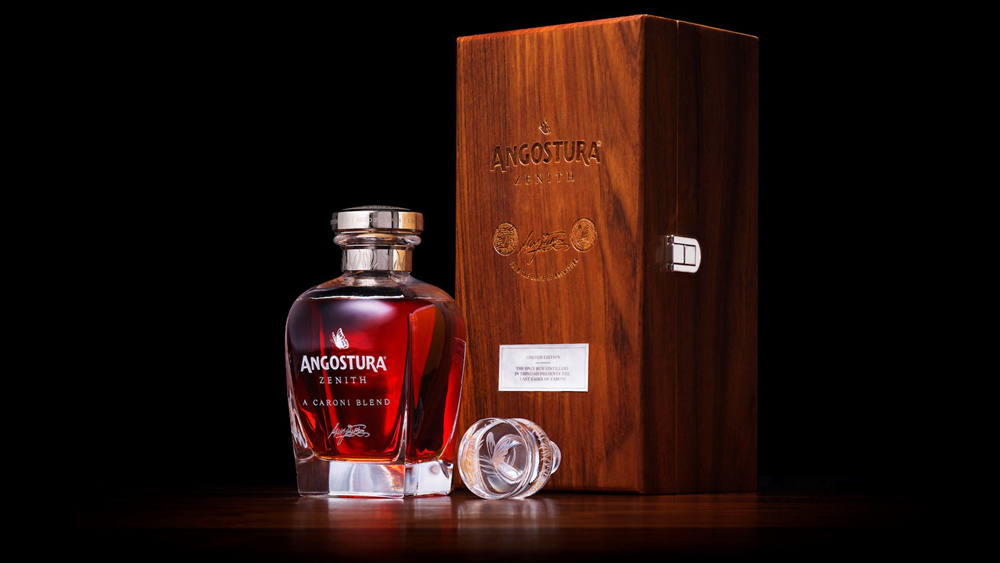 The world of ultra-premium rum just got a little bigger with the release of a nearly quarter-century-old expression from Trinidad and Tobago’s Angostura, which will rival any whiskey in terms of age, flavor and history. And at $3,000 per bottle—with only 195 bottles available—this rum will likely be an instant collector’s item.

Angostura Zenith, part of the brand’s Private Cask Collection, includes rum from both the Angostura distillery and the Caroni distillery, which shuttered in 2003. The Angostura component consists of rum aged for 20 and 23 years in ex-bourbon barrels, and the liquid from Caroni in the blend was aged for two decades. This high-end expression was assembled by master blender Carol Homer-Caesar, who leads a team of women responsible for blending all of the Angostura rum and bitters. “When we found the Caroni rums, we knew we could do something phenomenal with them,” she recently told The Spirits Business. “But we still wanted to give it more time in the cask, so that was three years ago. It took time; Caroni rum is a heavier rum than Angostura. It’s more aromatic, more deeper flavors than a lot of rum. Caroni would be high in things like vanilla from aging, high fruitiness, esters, and it tends to have this floral bouquet.

Angostura isn’t new to the world of ultra-premium, high-priced rum–in 2012, it released Legacy by Angostura, which at $25,000 per bottle was the most expensive rum you could buy (that mark has been surpassed since then by a Wray & Nephew bottle that went for $50,000 at auction). A portion of the proceeds from Zenith will go to help the local community in the form of a scholarship for a student who wants to pursue art or music, according to the chairman of Angostura Holdings Limited Terrence Bharath. “We feel that it is our social duty to help those underprivileged communities,” he said in a statement, “where there are persons who possess the inherent creative gifts to rise above their circumstances and soar in reaching their goals.”

As is the case with any spirit priced this high, a lot of thought went into the presentation. The rum comes in a crystal decanter housed inside a wooden box made by Glencairn Crystal Studio in Scotland. Check your local high-end liquor stores for availability, and happy hunting.