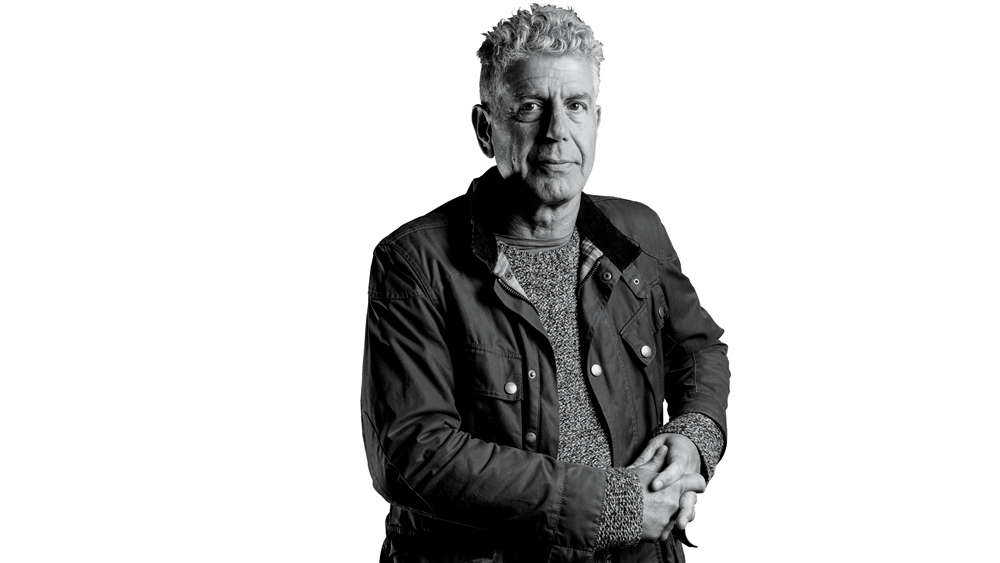 A few years ago, Anthony Bourdain partnered with the Balvenie to produce Raw Craft, a web series that celebrates artisanship in the United States. We caught up with Bourdain at a custom motorcycle shop in downtown Los Angeles, during a break in a shoot for the show’s upcoming third season, which airs this fall.

You seem to have a genuine affection for the artisans showcased on Raw Craft.

Anthony Bourdain: I do. Everyone in the series, they’re dreamers. Romantics. They’ve chosen to do something very difficult, for which there usually isn’t any kind of an existing business model or clear idea of a market. They just want to make beautiful things. They feel that they can make beautiful things. And they do. And I think that’s wonderful.

Do you consider yourself a Scotch aficionado?

I’m not an expert by any means. I’m relatively new to Scotch, and I’m learning as I go from some really great people. I can tell you this, I’ve been drinking a lot of really great Scotch.

You’ve clearly had some amazing drinking experiences. Can you talk about one that really stands out?

I was in Antarctica recently, camping out in tents at the foot of this incredible glacier. We had some very good Scotch there, and somebody went outside and came back in with a bowl of blue ice. He put it in our drinks and said ‘this ice is thousands of years older than even the idea of whisky.’ It froze thousands and thousands of years ago and remained that way until it ended up in my glass. That’s humbling.

When you’re not drinking it over glacial ice, how do you take your Scotch?

It’s situational. If it’s 4 o’clock in the afternoon, and I’m sitting in an old man bar listening to Tom Waits, I’d be drinking this (The Balvenie Caribbean Cask 14 Year Old) with a rock in it. If it’s a special occasion and I’ve got some friends over, we’re going with the older stuff, neat. I don’t mix whisky of this quality. I’m not making a cocktail out of this — that’s nothing but a waste of good whisky.

Sounds like your whisky education is going quite well.

It is, but I don’t want to be told too much about my whisky. I want to just drink my whisky and not feel bad about it. I don’t want to feel like the guy next to me is drinking it better than I am. I also don’t want everyone in the place to be drinking the same beverage. I find that oppressive. I like to go to a good, general purpose bar that has some very good whiskies.”

So drinking, and eating for that matter, should not be a competition.

There aren’t any food nerds, or celebrity Yelpers in Italy. Great food is a birthright. They’ll argue about whether it’s good or bad, but there’s not that one-up-manship. It’s like that with whisky in Scotland. You’re sitting there drinking a very fine single malt next to some guy who’s having a pint. I like ordinary drinkers.