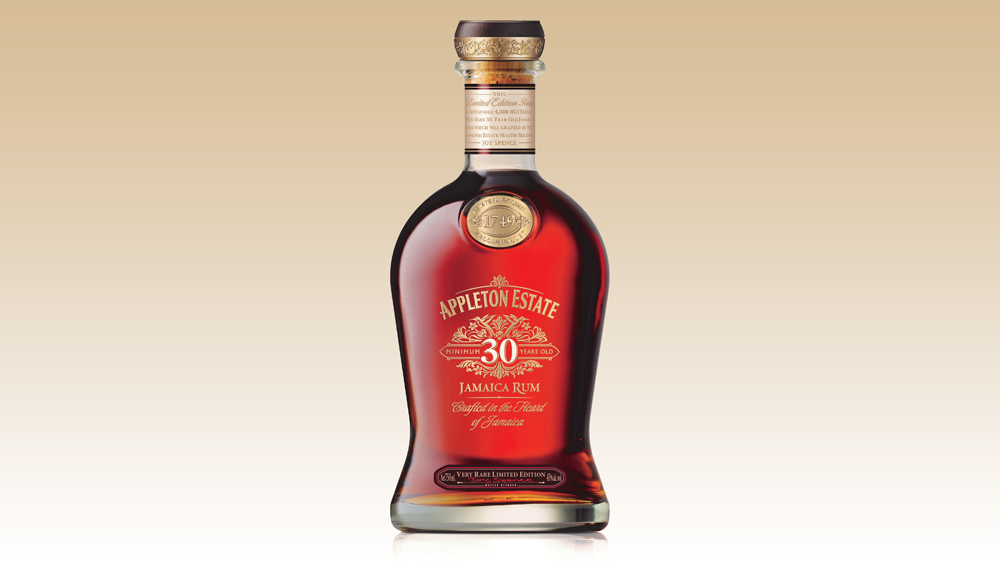 For only the second time in its 269-year history, Appleton Estate—the oldest continuously producing rum distillery in Jamaica—is about to introduce a limited edition 30 year old rum that even surpasses the depth and flavor of its original 30 Year Old expression, which debuted in 2008.

Producing two 30-year-old rums within a single decade is a remarkable achievement for a distillery located in a microclimate of intense Caribbean heat. Why? Because that particular climate can result in a phenomenon known as Tropical Aging, which causes rums to evaporate at an accelerated rate—as much as six percent a year. Normally, at the end of 30 years, evaporation (“the angel’s share,” as it’s euphemistically called) would have depleted most, if not all, of the rum in a barrel. To complicate matters, even though only the youngest rum can be legally designated on the bottle, this newest 30 Year Old includes rums over 50 years old. But master blender Joy Spence (Appleton’s first female to hold that title) was able to achieve the taste profile she desired by using Appleton’s traditional mix of both copper pot and column stills and a unique Jamaican version of the ancient solera system (although the distillery doesn’t call it that).

“We undertake a decanting or refilling process on our rums every three years,” says Spence. “We select a batch of rums of the same age and marque [denoting a specific distillation]. Each barrel is first checked, and, if they pass the quality test, they are dumped [emptied into a vat] and then refilled to ‘brim full’ with rums from similarly-aged distillations. Refilling the barrels to ‘brim full’ capacity with rums from the same distillation date slows the rate of evaporation but does not affect the aging process any other way. It also ensures that we can age our rums for longer periods of time without losing so much strength that the product can no longer be called rum.”

Indeed, as a rum ages, its proof diminishes, and Caribbean regulations stipulate that to be called “rum,” the spirit must be at least 80 proof. This new 30 Year Old easily exceeds that requirement, clocking in at 86 proof, and is cloaked in Appleton Estate’s signature orange peel nuances. Except, in this case—due to its extensive aging—numerous complex flavors also emerge, including vanilla, baked pears, honey, and something previously found in the first Appleton 30 Year Old, a hint of maple.

Starting out fifty years ago as 26 barrels, evaporation has taken its toll; by 2011 only 13 casks remained. Spence composed the final 50-plus-year-old blend from these casks, then married them together for another year prior to bottling.  Scheduled to be released in October 2018, only 4,000 bottles of Appleton Estate 30 Year Old have been produced, with just 900 bottles—priced at $495 each—will be available in the United States.